Another new interesting release for you recently, developed by From Nothing Game Studios, Tactics V: "Obsidian Brigade" is inspired by console tactical RPGs from the 1990s like Final Fantasy Tactics. 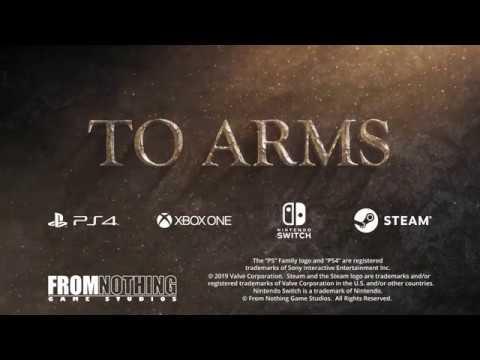 The developer sent a copy to our Steam Curator, so I gave it a good run and it's not bad.

Some fun ideas and the retro style is actually quite good. However, there's a number of issues that should be addressed. For starters, the interface is absolutely massive and takes up most of the screen when you're giving actions to people, to the point that it's really hard to see anything. This requires constant movement of the camera, just so the UI is out of the way. Having to confirm every single action gets really tedious too. Move, confirm, attack, confirm, pick direction, confirm and so on there's just no flow to it.

If the flow of it and the interface is given a bit of an overhaul then it would be a lot nicer to play. Other than that though, it's quite a good turn-based tactics game. If you're longing for the days of Final Fantasy Tactics, then it might be a good choice for you.

We do often include affiliate links to earn us some pennies. We are currently affiliated with GOG and Humble Store. See more here.
About the author - Liam Dawe
I am the owner of GamingOnLinux. After discovering Linux back in the days of Mandrake in 2003, I constantly came back to check on the progress of Linux until Ubuntu appeared on the scene and it helped me to really love it. You can reach me easily by emailing GamingOnLinux directly.
See more from me
Some you may have missed, popular articles from the last month:
The comments on this article are closed.
2 comments
Purple Library Guy 14 Aug, 2019
Just watching the trailer I already had this feeling of "I can't see what's going on". That's not the impression you want from your trailer. Partly it's choppy editing I think--in the interests of speed for a short trailer they're cutting away from each scene before you can assimilate what the hell was happening in it. But partly I think it's that UI Liam was mentioning.
1 Likes, Who?

View PC info
I bought that, it's actually very good. I agree the UI is bad, and it need confirm clicking on everything. Sadly, I really can't recommend Tactics V over Fell Seal Arbiter's Mark. It just does all the "modern adaptation of a final fantasy tactics game" better.

But tactics V is great, it has a very solid tactical gameplay. I recommend it if you already finished Fell Seal or are a fan of the genre.

The 3D, pseudo pixel art graphics are great imo.
1 Likes, Who?
While you're here, please consider supporting GamingOnLinux on: