I remember playing Warzone 2100 on the PlayStation 1 a long time ago, I used to spend days engrossed in the campaign so to see it alive and well is fantastic. Originally released in 1999 by Pumpkin Studios, it was later made open sourced in 2004 enabling a community to form around it and continue improving it.

With over two years since the last release, there's of course a huge amount that's changed. It has some new graphical features like display scaling for those with high resolution displays, making actually playable now. There's also initial OpenGL 3.2 core profile support, a new "Two-Faced" challenge map, the difficulty picked now has a bigger effect on the campaign along with a new "Insane" difficulty option, performance improvements, multiplayer improvements, lots of bug fixes and so on. 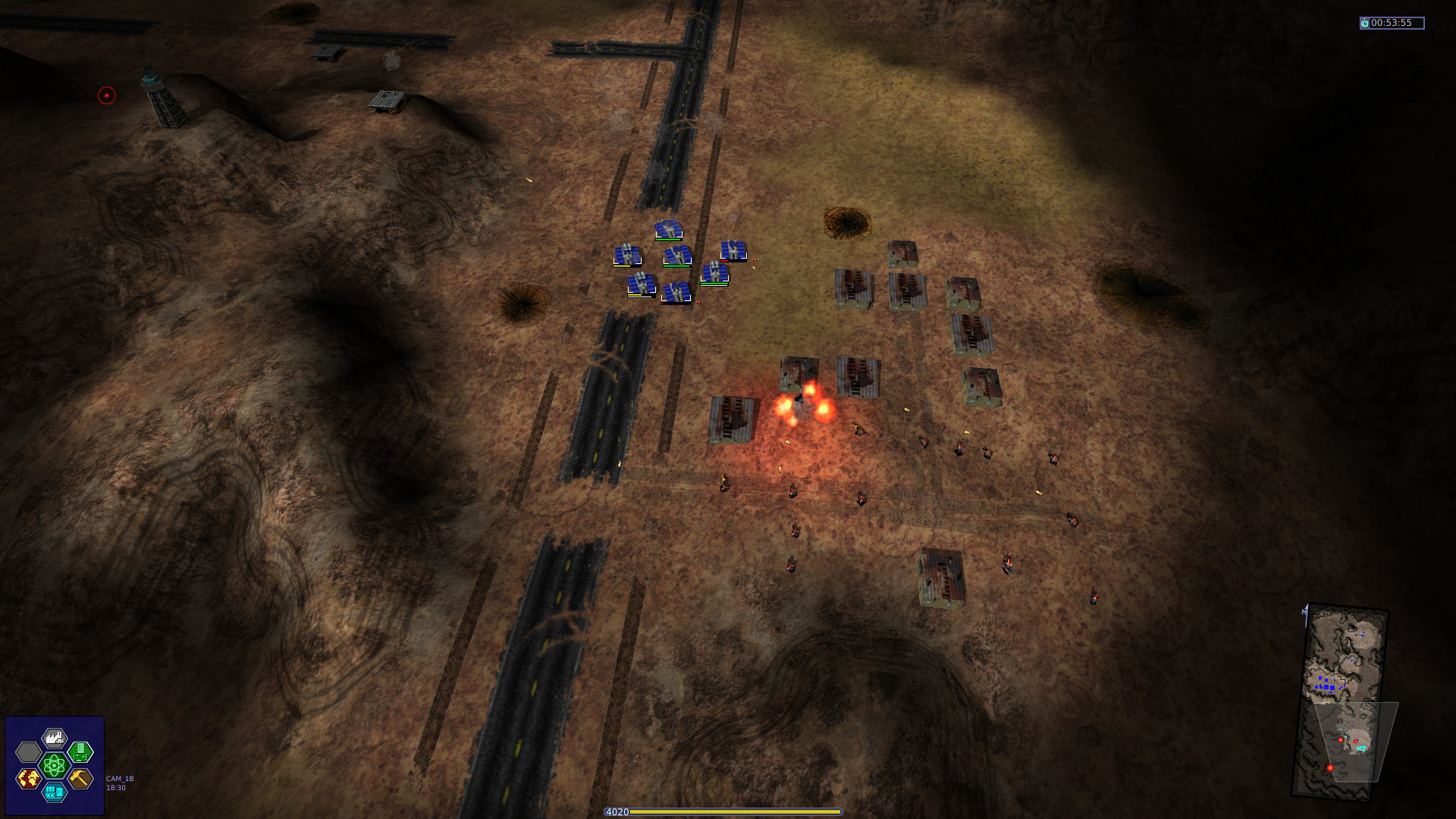 Trying it today for the first time in years, it's like seeing an old friend. A really unique real-time strategy game that's worth a go even now, as some modern strategy games can't touch the feel of Warzone 2100. Requiring you to research unit parts, upgrades and design the units yourself it's really fun.

There's a few ways you can install Warzone 2100 on Linux. There's a Snap which is fully up to date (tested working great!), a Flatpak which is in need of some updating or compiling it from the latest release on GitHub.

One thing to note though, is that you might also want to grab the campaign videos from here, without them it's a little odd. You need to place the "sequences.wz" file in your hidden Warzone 2100 user folder. If you install by the Snap package, place it in here:

See the official site for more, also on GitHub. Want to see the full details on everything new? The changelog can be found here.

View PC info
Every time I see the Warzone name, I think of Battlezone and pine for an open source remake of that classic. I might even be tempted to pick it up on sale, as apparently it has a platinum rating on Steam Play. Maybe. We'll see.

It's from 1998 though, a year before Warzone 2100 came out. There must have been something in the water back then to produce such classics in such a tight grouping (14 months in total)!
0 Likes

View PC info
I played WZ2100 a lot in the past years.
My first time WZ was on Linux with an older version of the open source version :D
0 Likes
Whitewolfe80 2 Sep, 2019

Quoting: scaineEvery time I see the Warzone name, I think of Battlezone and pine for an open source remake of that classic. I might even be tempted to pick it up on sale, as apparently it has a platinum rating on Steam Play. Maybe. We'll see.

It's from 1998 though, a year before Warzone 2100 came out. There must have been something in the water back then to produce such classics in such a tight grouping (14 months in total)!

Ahh mid to late 90s was a great time to be into rts games so many classics its a shame the era ground to halt with the release of red alert 3 as there really hasnt been one as good since then. Rusted the indie game is fun but they dont have the budget to make a game with the whole over the top cheese tastic cutscenes that made c and c stand out. Warcaft 2/3 AGE of games/Command and Conquer/Act of war/Warzone/Panzer Assault 3d/Warhammer SoHR/Dark Omen/Dark Reign/Kohan Immortal/Empire/Dawn of war ahh great games. In the 2000's even had Dune 2000 which is still fun and avilable for free thanks to grunt mod version and the 3d Emperor battle for Dune dated visuals but still great fun. I ll be honest very few games get me excited the same way those titles did and still do whenever someone says rts now i just know its going to be a bloody mobile game with in app purchases. The exception are the total war games but even they dont have the base building that i loved so much in those old rts games.
1 Likes, Who?

View PC info
A fantastic RTS game which fell through the cracks in its day, when everyone was playing Warcraft III.

It has done nothing but improve over the FOSS years.
1 Likes, Who?

View PC info
Warzone 2100 is a great game, that can still compete with modern titles. There are a few caveats though:

The timer. If you like to take your time building your army and chipping away at the enemy, the timed missions will frustrate you endlessly.

Transport missions. Some missions required you to load a few units into a transport ship, and go to a remote location away from your main base. You can then get reinforcements from your existing unit pool, but you cannot really see which specific units are you taking. So you will end up accidentally breaking up groups, or removing units from locations you did not intend to.

But it is a definite classic that deserves much more credit than it gets. Go play it. :)
1 Likes, Who?

StoneDancer 3 Sep, 2019
Any news on how long this update will take to be in an apt-get repository?
0 Likes

Quoting: scaineEvery time I see the Warzone name, I think of Battlezone and pine for an open source remake of that classic. I might even be tempted to pick it up on sale, as apparently it has a platinum rating on Steam Play. Maybe. We'll see.

It's from 1998 though, a year before Warzone 2100 came out. There must have been something in the water back then to produce such classics in such a tight grouping (14 months in total)!

Eh... sorry for continually harping on about Battlezone, but this article really put me in a mind to play it, but I wasn't about to spend £15 on it from Steam. By some kind of incredible luck though, it's only just over £3 on Humble right now!! So, if you're as desperate to play it as I am... here you go!
0 Likes
While you're here, please consider supporting GamingOnLinux on: