Another report to show of the incredible progress on the PlayStation 3 emulator RPCS3 is up. This time covering July, as they continue to catch up on all the work done.

Compatibility continues slowly improving with 1,347 games now being classed as actually playable. Sounds like quite a busy cycle, with a lot of pull requests being merged from both regular and new contributors.

Boosting their support for peripherals, Microphones are now supported! It will even let you emulate the SingStar-branded microphones required by SingStar. They also said you can now play "all" instruments in games like Rock Band, Rock Band 2 and all Rock Band track packs making them fully playable.

Metal Gear Solid 4 can now actually get in-game which is fantastic: 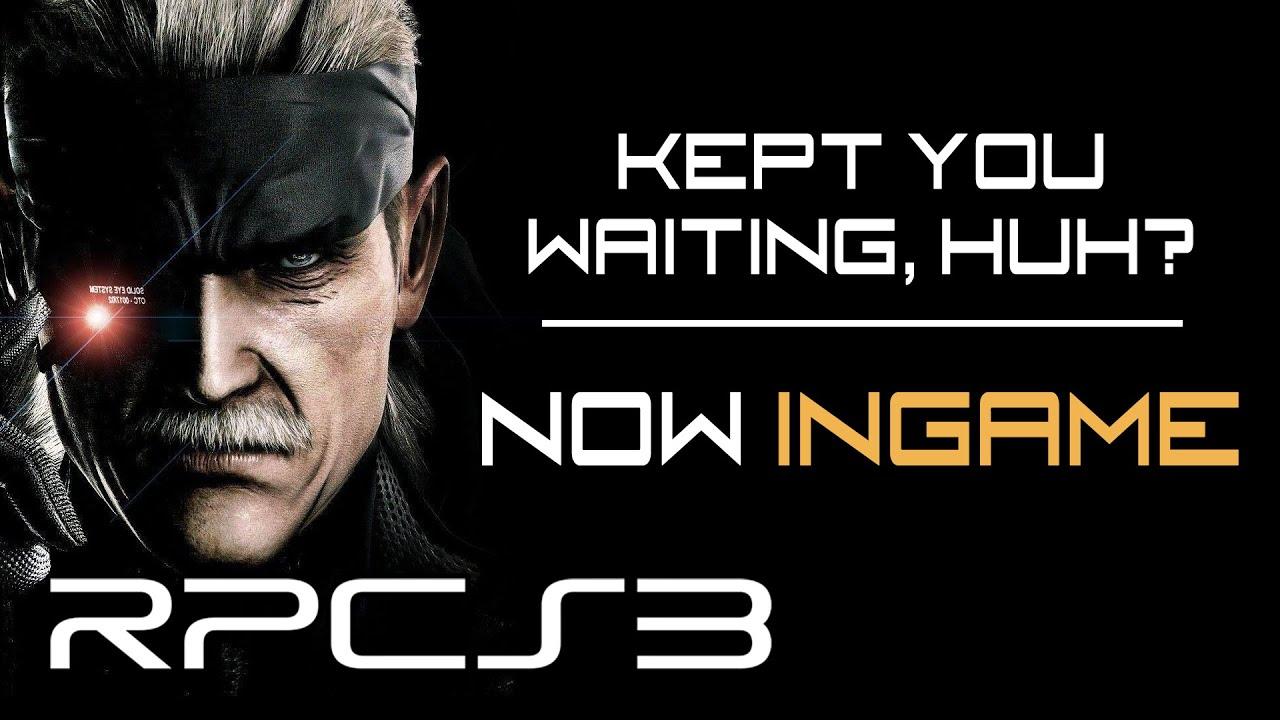 Other noted games include both NieR Replicant and Gestalt being able to break the 30FPS cap, Megazone 23 – Aoi Garland now has good enough performance to be playable, One Piece: Pirate Warriors 2 can be played from start to finish and Mist of Chaos is now playable.

There's plenty more, see the report here if interested in all the details.

View PC info
i wish there was a way to install llvm 8.0.1 becuase this needs it for amd cards to even work.that is an annoying workaround.manjaro has it installed but why not pop os or any other distro unless im missing something.if anyone knows how to get this installed to the latest llvm let me know.
0 Likes

I'm simply going by the blog post, that seems to be a newer video they will talk about in the next update ;)
0 Likes
Purple Library Guy 10 Sep, 2019
One definite difference between PCs and consoles is that a PC can emulate old consoles, but a console cannot emulate old PCs (or other old consoles for that matter). General purpose computing for the win!
2 Likes, Who?

Or, more accurately, console's true masters do not allow PC emulation to be run.

Well, yes. A console is basically a locked down/crippled computer, artificially constrained in what it's allowed to do. But that's why it's not a general purpose computer; the result is that it isn't one.
1 Likes, Who?
While you're here, please consider supporting GamingOnLinux on: