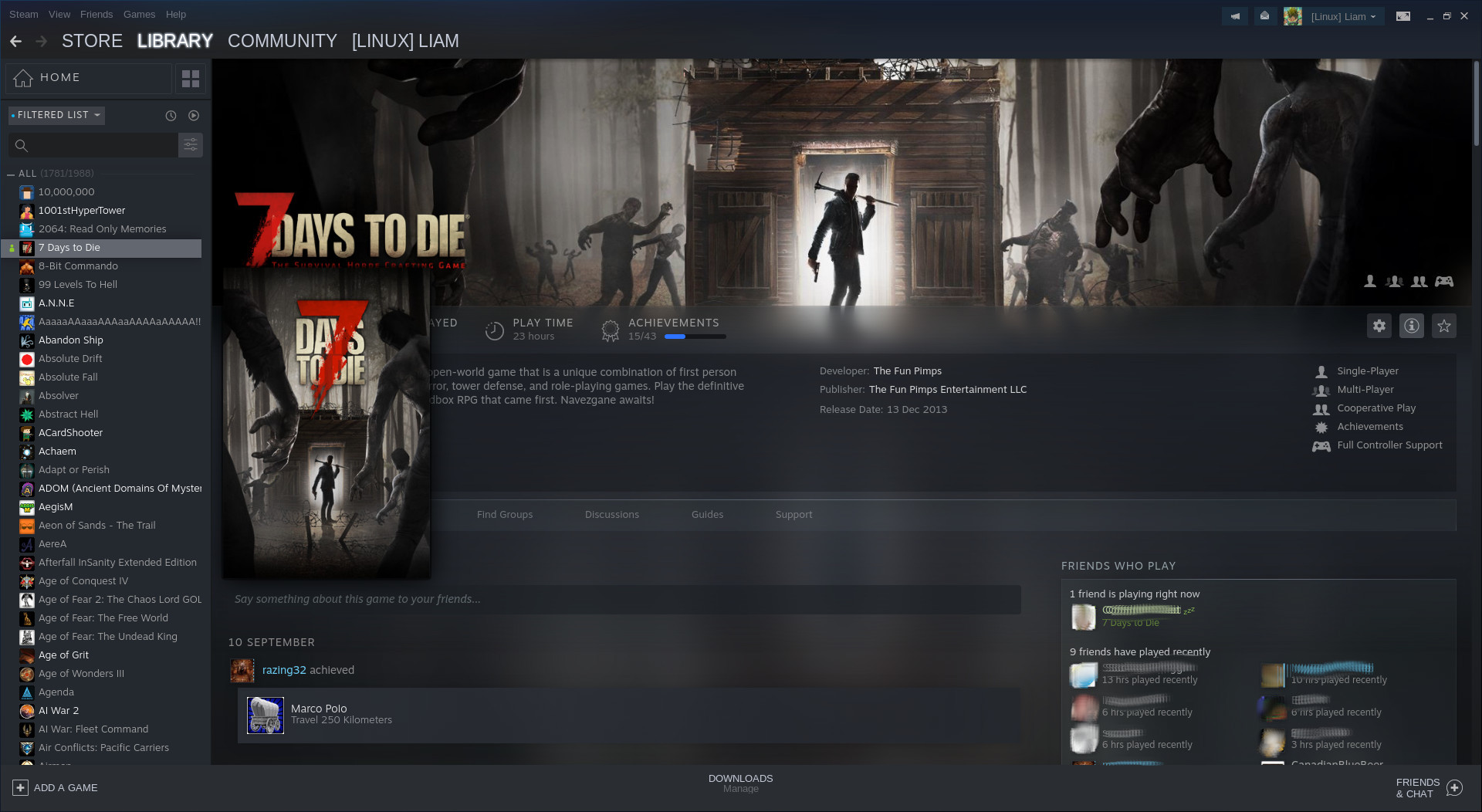 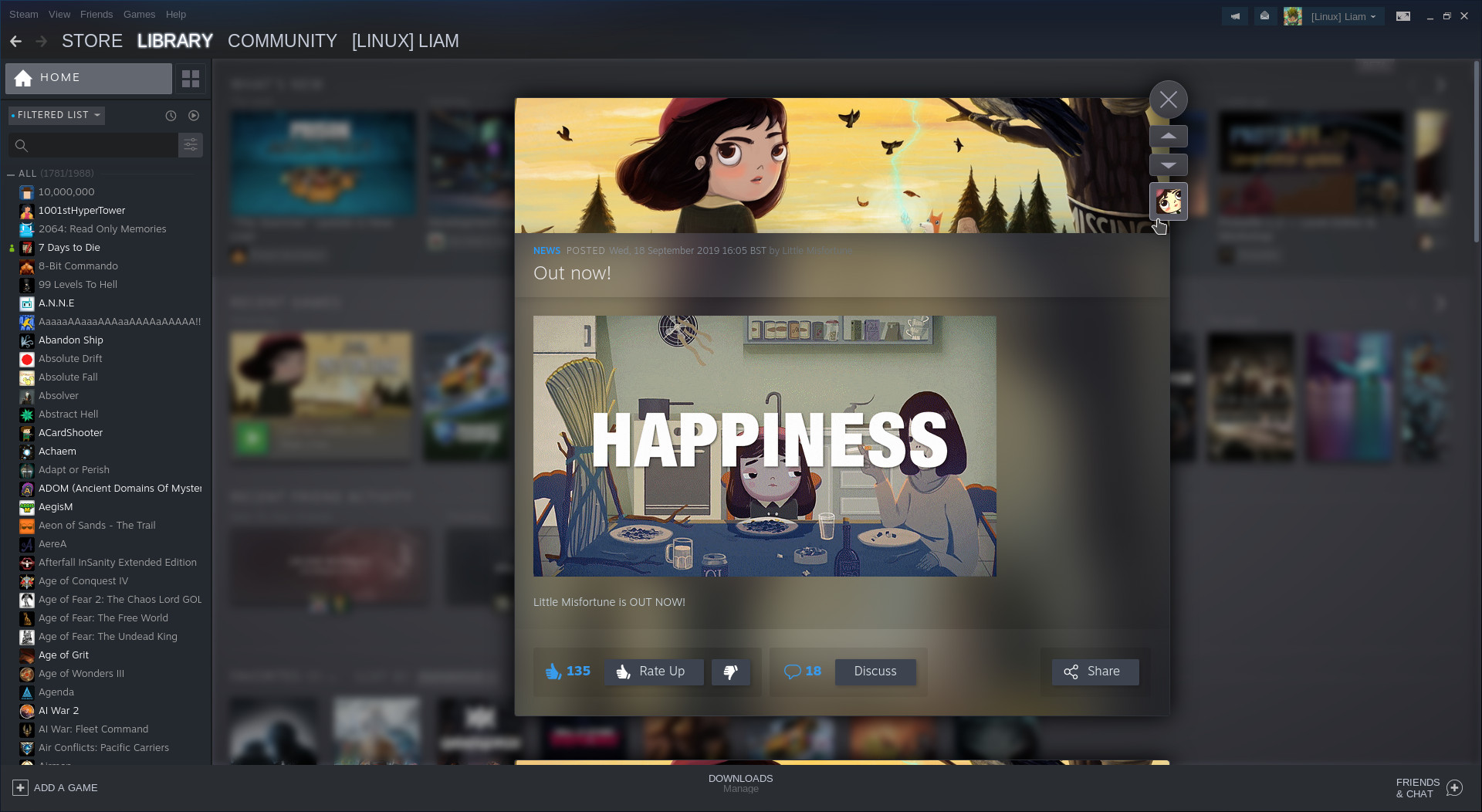 About the author - Liam Dawe
I am the owner of GamingOnLinux. After discovering Linux back in the days of Mandrake in 2003, I constantly came back to check on the progress of Linux until Ubuntu appeared on the scene and it helped me to really love it. You can reach me easily by emailing GamingOnLinux directly and find me on Mastodon.
See more from me
Some you may have missed, popular articles from the last month:
The comments on this article are closed.
16 comments
Page: 1/2»

pb 19 Sep, 2019
I hope they add sorting by user reviews, by achievement completion, and ability to sort both ways (reverse the sort order).
That, plus OR in filters and I'll be happy. It's a really good update and I'm sure they'll improve it over time.
3 Likes, Who?
fmartingr 19 Sep, 2019

Liam Dawe 19 Sep, 2019
View PC info
Update: Valve also added these additional bits for Linux on the 17th which wasn't in the initial changelog for the new Library beta: