Imperator: Rome has a big free 'Cicero' update out now with some major changes

Paradox have just launched a big free update to their struggling new strategy game Imperator: Rome, which might help to turn things around for it.

Today the free Cicero update launched, which Paradox said lets "the player focus on political consequences and imperial governance instead of waiting for numbers to grow". It also has a new trailer to go along with the Cicero 1.2 update: 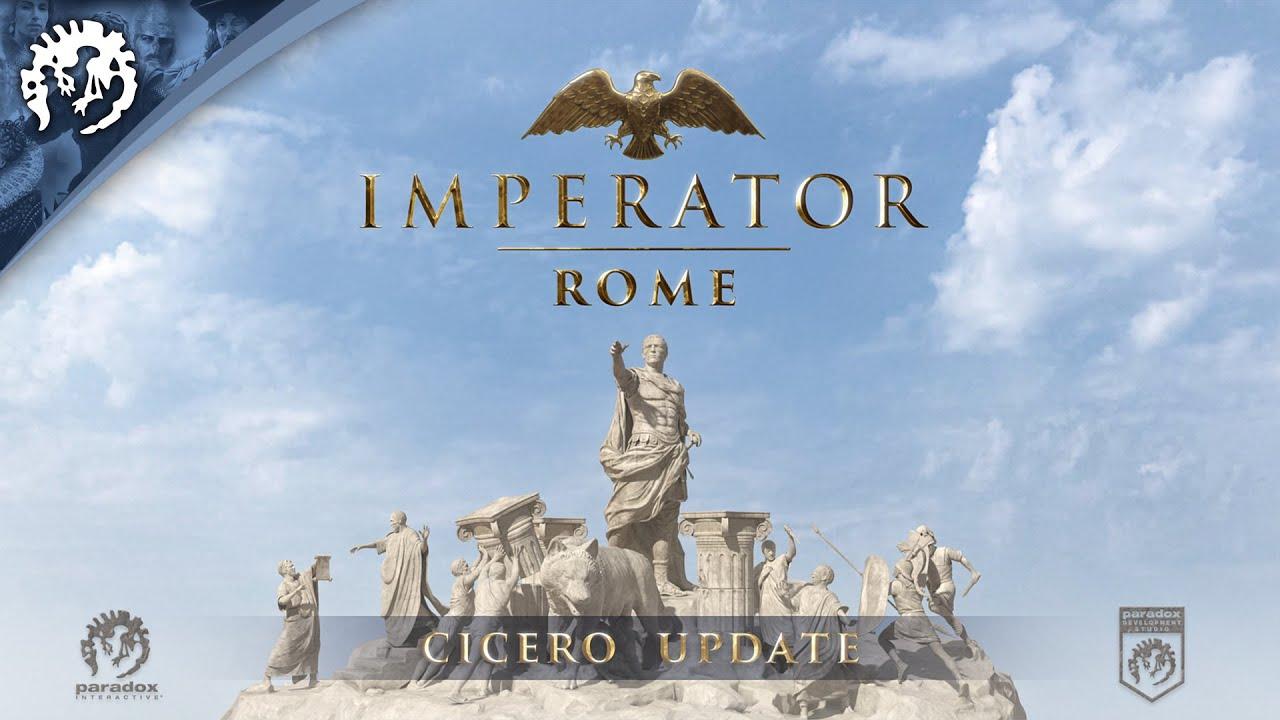 For a breakdown of the features, this is what Paradox said is included:

Since launching with Linux support back in April, it has not had a very good reception from users. This is one of those times where thoughts from the bigger gaming critics just hasn't matched up to the reality from what users expected. Looking across both Steam and Metacritic, there's a really clear gap between them. It's the worst rated Paradox Development Studio game on Steam right now too and of all their modern titles, it also has the lowest amount of players.

As of yet, I haven't been able to try the latest update as the Linux build on GOG is not up to date. Once it is, I may jump in to see if it has improved. When the last major update (1.1.0 Pompey, June 26th) was released, it took around a week for the Linux build to be up to date on GOG so hopefully they're quicker this time.

If you find it doesn't work due to the Paradox Launcher, this launch option should help:

Going by their roadmap, now this is out the next update is named Livy which will be due towards the end of the year.

Want to pick up a copy it's on Humble Store, GOG and Steam.

Can you not get around it using the same trick as was needed for Prison Architect and Europa Universalis IV?
1 Likes, Who?

Great! Added to the article.
0 Likes
mcphail 24 Sep, 2019
I've found that the game launches consistently from the Paradox Launcher after installing libc++abi1 on my Ubuntu 18.04 machine. Worth a try if you're struggling.
0 Likes

Supay 24 Sep, 2019
View PC info
I just can't get my head round how they still haven't fixed the launcher issues and then rolled it out to EUIV as well, in the same broken state. I refunded Imperator as it was so broken under Linux and their tech support told me no ETA on a resolution. I've been a huge fan and supporter of Paradox's titles for years due to their Linux support and as they are games I enjoy, but the way they seem to be going in dropping new titles supporting Linux and screwing up like this means I've currently ended all spending on their titles till I have a better ideaas to what is going on. Their upcoming con may give a hint to that as they have at least one new game to announce. If that lacks Linux support then we'll have an idea.
1 Likes, Who?

For anybody with slight interest in the ancient Roman world, I can also recommend reading the Cicero trilogy:
https://www.goodreads.com/book/show/32310982-the-cicero-trilogy

View PC info
I personally groaned when I heard that his update will give more nation-specific content. I feel that this a money sink that I don't particularly enjoy. Because that invites for railroading the game and creating more meta-gaming reasons to prefer one state over another.

I'm personally much more interested of having a simulation-sandbox type of a game and just let it loose from a relatively fixed point in time. If making games was as easy as thinking about them once a week, then I would have spawned a rival to Paradox games from this frustration already.

I also dislike the combat-focus of their games. I understand that this is the legacy of the roots of these types of games from board game heritage and cold-war era mentality (everything for the state), but I'd like to just grow my empire not in territory but social and cultural and scientific and QOL development. Like watching (and helping) a tree grow or something.

But that's just me. Maybe most players are very happy with the games currently. And I sure have spent hundreds of hours enjoying their games. I just want... more.
1 Likes, Who?
While you're here, please consider supporting GamingOnLinux on: