With quite good looking graphics and gameplay that has me wanting to see more, Broken Lines could be a good tactical RPG for Linux and it's releasing later this year. This is one we completely missed from Gamescom!

The squad has crash-landed behind enemy lines, in the heart of Eastern Europe. With no officers, no leaders, and no intel, they must find an unbreakable resolve if they are to survive. But with only their training and instincts to guide them, survival becomes a difficult goal.

It recently appeared in the Linux section on Steam, with the developer confirming to me on Steam Linux will be supported and they've tested it to ensure it works. Interesting to see that mentioned, since Linux is often left until the last moment. 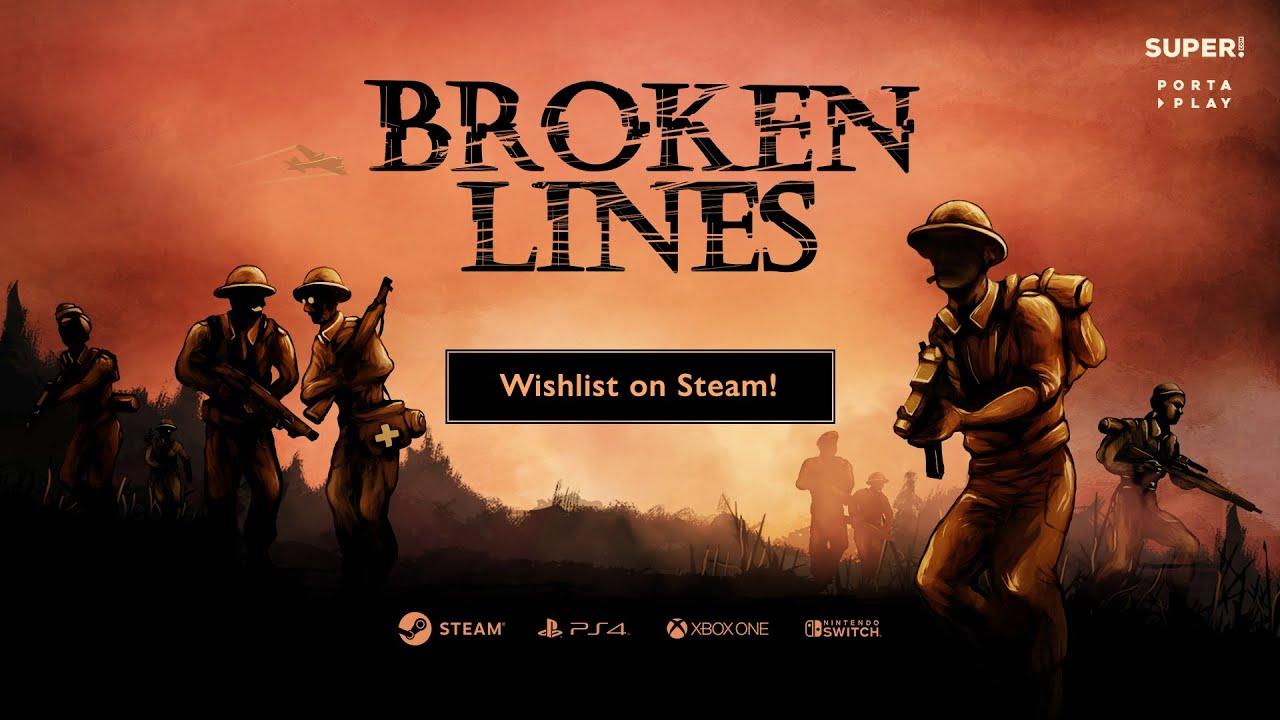 It's being developed by PortaPlay, who made the 2016 real-time tactics game Tales from the Void (no Linux support on that one) which seems to have been largely ignored by press and gamers alike so hopefully Broken Lines will do better.

You can wishlist and follow Broken Lines on Steam, releasing towards the end of this year.

About the author - Liam Dawe
I am the owner of GamingOnLinux. After discovering Linux back in the days of Mandrake in 2003, I constantly came back to check on the progress of Linux until Ubuntu appeared on the scene and it helped me to really love it. You can reach me easily by emailing GamingOnLinux directly and find me on Mastodon.
See more from me
Some you may have missed, popular articles from the last month:
The comments on this article are closed.
25 comments
Page: 1/3»

View PC info
Looks interesting. Liking the fact that it is suitable for multiple replays.
1 Likes, Who?

If soldiers desert (because I will prove to be incompetent) can I shoot them as they leave? How about hunting them down and then killing them for desertion? I mean, I can't have word getting out about my incompetence now, can I?

Joking aside, it's wishlisted. I've wishlisted "Tales from the Void" as well. These devs have some truly original ideas!
2 Likes, Who?

View PC info
Oh no, female characters where they never existed, again.
Why not an ebony Greta Thunberg as Joan of Arc? Yeah, lets rewrite History completely, facts are for racists.
0 Likes

Quoting: DorritOh no, female characters where they never existed, again.
Why not an ebony Greta Thunberg as Joan of Arc? Yeah, lets rewrite History completely, facts are for racists.

What part of "alternative WW2 setting" didn't you understand? Or are you simply not a fan of fiction?
8 Likes, Who?

Quoting: DorritOh no, female characters where they never existed, again.
Why not an ebony Greta Thunberg as Joan of Arc? Yeah, lets rewrite History completely, facts are for racists.

What do female characters have to do with racists?
Feel free to look up racism e.g. here.
3 Likes, Who?

View PC info
Looks stunning, will look out for it ;)
0 Likes

View PC info
I was really hoping this would be a cooperative multiplayer game... but it still looks so good that I might get it to play all by myself. :'(

*yawn* Show me your source that racism is about using female characters.
1 Likes, Who?
1/3»
While you're here, please consider supporting GamingOnLinux on: