A day some of our readers have been eagerly awaiting, 7 Days to Die has a big Alpha 18 experimental build available to try. It's an absolutely massive release as usual, as they leave it a long time before updates.

Performance has been a bit of a focus for this release. Thankfully. A new Occlusion System made it in, so that a lot of things that are on-screen but not visible to you don't actually render to improve FPS. However, they said it adds "some minor popping artifacts, where occluded objects may take a moment to appear" and so it's a setting you can turn off. The Unity game engine was updated to Unity 2019.1 as well, which should prevent a lot of the hitching seen before with better "Garbage Collection". There's plenty more performance work that went in, which all sounds pretty great. While the gameplay in 7 Days to Die has been fun for a long time, performance has been a serious weak point for it.

The item schematic system is back in the game. Meaning on your travels you can now find them and permanently unlock how to craft certain items and entire groups of items. The early game should be a bit more forgiving on encumbrance, as they've removed a whole row and there's pocket mods to craft for clothing to reduce encumbrance early on. HD icons were added for all blocks and items, a new terrain shader, improved reflections, a coyote and mountain lion were added, Zombies can ragdoll when they fall and the list just keeps going on. 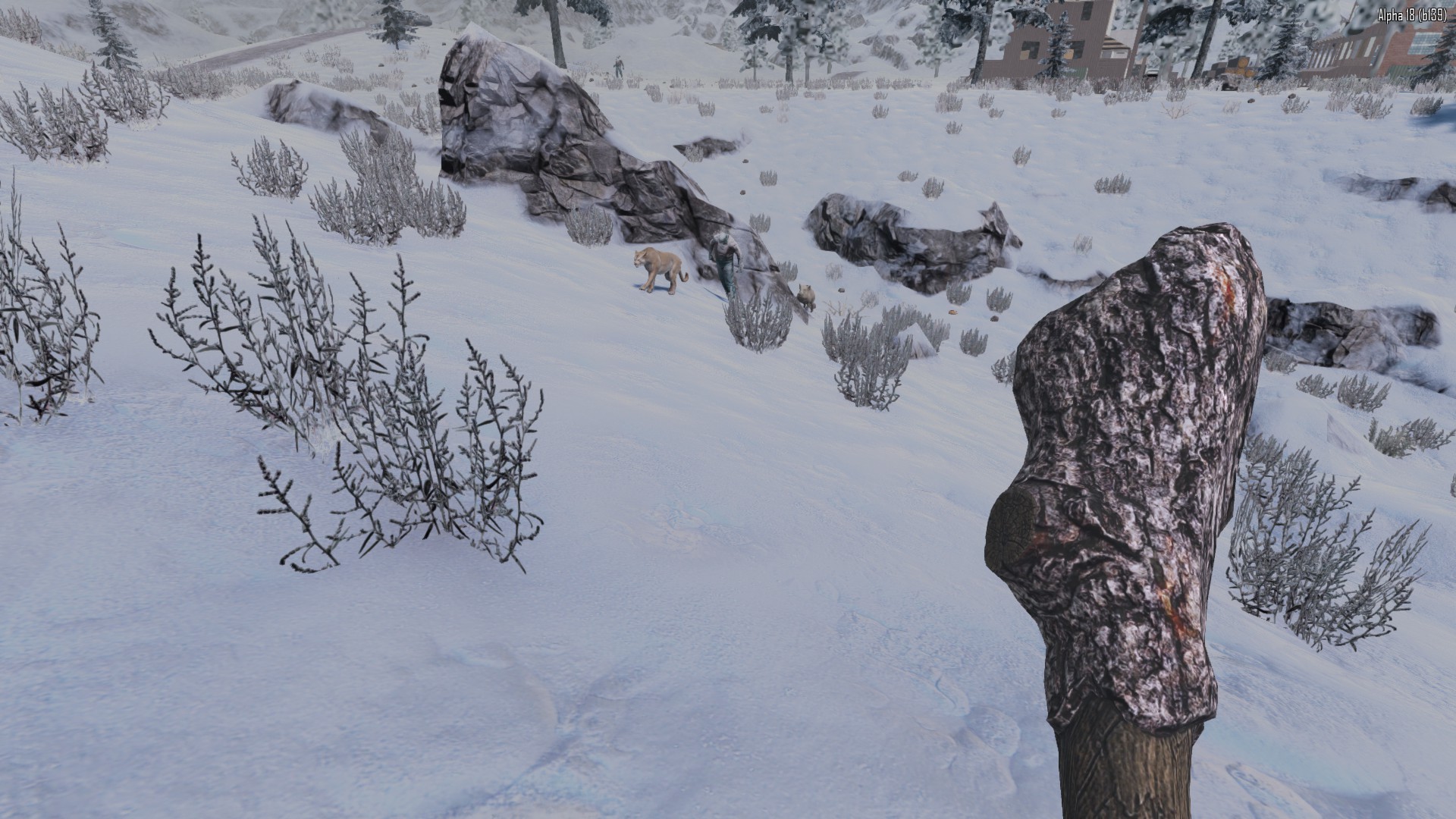 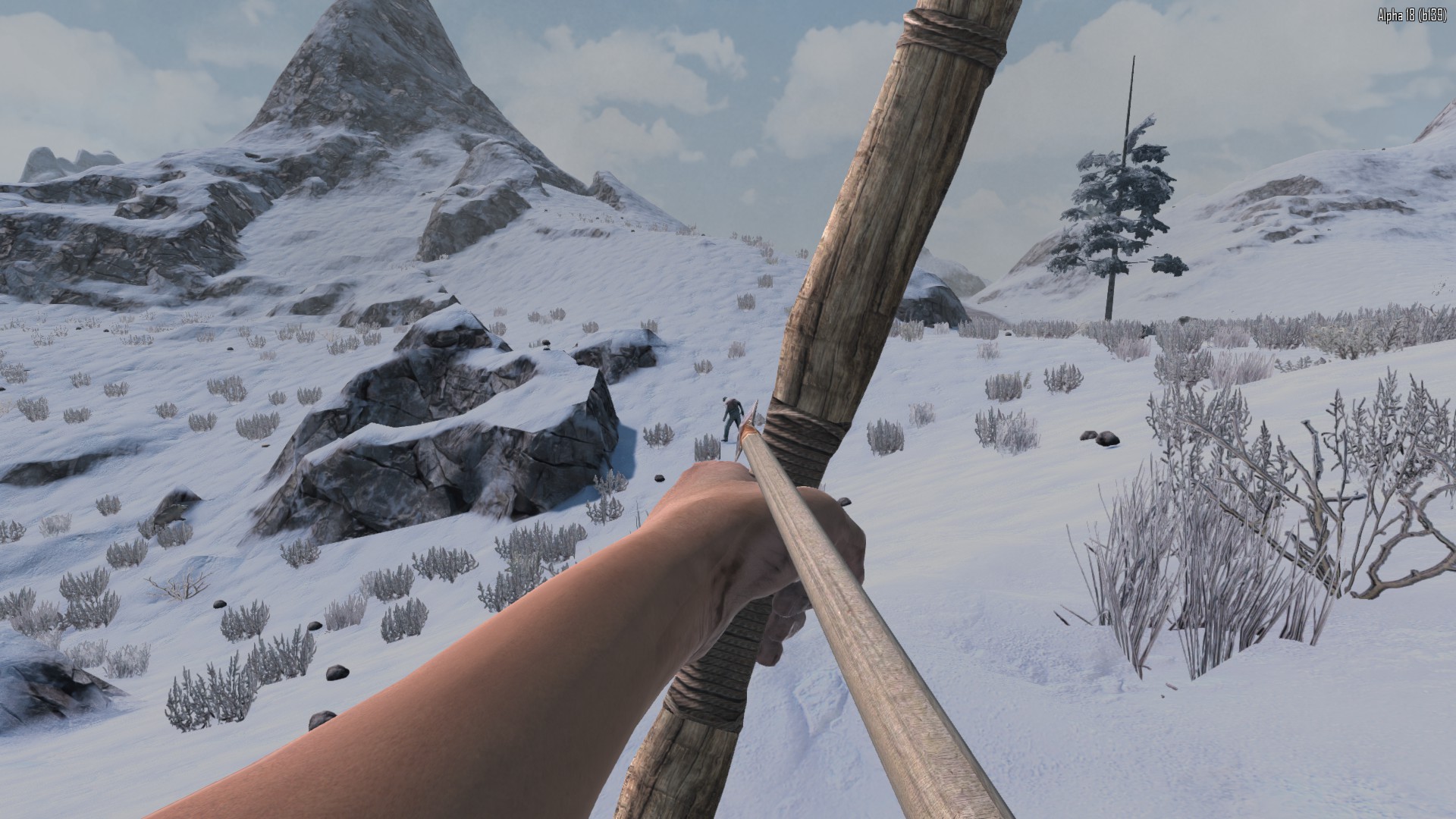 Melee also got some improvements. Something I'm very happy to see as it was probably one of the weakest parts of the combat, it was often too easy to miss a Zombie. They've now added a "swing arc to detect hits along the path of the weapon", so if you miss you will still hit enemies across the arc of the weapon swing for less damage. They also adjusted the melee sounds to give more of an impact.

There's also a new dynamic audio system, one that sounds quite fun. It procedurally generates a full set of music from interchangeable loops. The developer said right now there's over 750 unique combinations. Their aim with this system is to make 7 Days to Die more "immersive" while you're exploring the world but it will be expanded to generate audio for other situations in future too for combat, traders and so on.

Great to see the developer, The Fun Pimps, continue supporting Linux even in the earliest builds like this.

Be sure to check out the full release notes, they're…long. There are some known issues of course, since this is not a stable build. For Linux especially, you're going to want lots of RAM as it will eat it especially on RWG (randomly generated) worlds. It actually took me three attempts to get in, as it sucked away all my 16GB ram the first two times but now it's running nicely.

You can pick up a copy from Humble Store and Steam. Our streamer, Sin, is also currently live on Twitch so you can see it in action.

View PC info
They didn't use Occlusion Culling until now?

No wonder it's been running like wombat vomit.
2 Likes, Who?

Wouldn't even be surprised if we were the only full voxel game that has it so far ;)
Either way, you can't just assume everything that's done in "traditional" games with a fully static world will just work the same way in a fully dynamic one.
5 Likes, Who?

View PC info
Lots of great stuff in this one for sure!

Noticed that Vulkan was mentioned in the launcher (with warning). But unfortunately that resulted in a hard lock up of the machine right after entering the game. Hopefully this will work at some point because this game definitely needs all the CPU cycles it can get.
0 Likes

Quoting: EhvisNoticed that Vulkan was mentioned in the launcher (with warning). But unfortunately that resulted in a hard lock up of the machine right after entering the game.

From what I read so far it seems to be highly dependent on your GPU and driver, some people seem to have no issues at all. I suppose with newer versions of Unity and drivers getting more solid this might become usable for more people.
1 Likes, Who?

May I ask what GPU/driver? My lock up was on NVIDIA as well.
0 Likes

Yeah, it works now and doesn't seem pink. For me though, the game repeatedly sucks all my RAM away on the first few loads and locks my PC up. Experimental for a reason eh.
0 Likes

The progress is impressive and very cool to see, the FPS seems greatly improved now. Can't wait to see how this game will look with some better lighting/shading. :)
0 Likes

Quoting: GuestVulkan works on NVIDIA in 7DtD, but last time I tried it there were pink textures everywhere.

Quoting: EhvisMay I ask what GPU/driver? My lock up was on NVIDIA as well.

That's what I was referring to. For some people it works, for some it crashes or even hard lockups PC (the latter is definitely a driver issue I'd say as regular programs should never be able to cause that). That's independent of nVidia / AMD / Intel it seems, some on our team tested with nVidia and it did not work, for some it worked. Same for Windows and Linux. So yeah, think there's all kinds of different issues coming into play in regards to Vulkan currently, probably from all GPU-HW, GPU-drivers, Unity and possibly our shaders (no idea in that regards, I have never really dabbled into those things :) ).

Quoting: Liam DaweYeah, it works now and doesn't seem pink. For me though, the game repeatedly sucks all my RAM away on the first few loads and locks my PC up. Experimental for a reason eh.

In the same session that you were generating a new RWG world (assuming you used one) or even in a program session when you "only" loaded a game on such a world? Unfortunately the world data take up a damn amount of RAM currently and aren't impacted by the texture quality setting obviously.

Also, just as a note: I tried to quote multiple people by clicking the quote button on three posts. The text the software put in the reply box was quite messed up after that, like non-matching quotation-codes :)
0 Likes

View PC info
This game keeps getting better and better. I hadn't played since alpha 10 when I began playing alpha 17.2 --- whoa it blew me away in so many ways. My favorite thing, hands down, was the level of game customization the Pimps give players to make the world act and react the way they like, and my only quibble, the thing I mentioned in my last review of the game, the way schematics were "consumed" upon usage, has been changed!

7D2D is updating on Steam even as i write this, so I see myself returning once again to the roof of the Bookstore in Navesgane very soon and updating my (positive) Steam review shortly thereafter.
1 Likes, Who?