Strategy adventure game 'Pathway' has a huge Adventurers Wanted update, plus a note about Linux

Get ready for another adventure as Pathway just got bigger and better with a huge free update now available.

Mixing together node-based travel (think like FTL and Slay the Spire) with random events and turn-based tactical combat, Pathway is a fun game. However, when you've played a lot of hours it can end up perhaps a bit too repetitive. You realise later on the limitations of the game that aren't quite apparent until you really push through it. Now though? Sounds like it's a massive improvement to all areas of the game!

The Adventurers Wanted update adds in…deep breath, are you ready? 18 new combat abilities with new ways to interact with both enemies and allies, reworked skill trees, a "sizeable" amount of new events have been added including many new combat arenas to give it more variety, you no longer stock up on consumables like medkits and instead have a new resource called Supplies which is used across multiple items, new combat modes to adjust how combat begins for more variation, an improved armour system that makes armour give direct damage reduction and the list goes on. 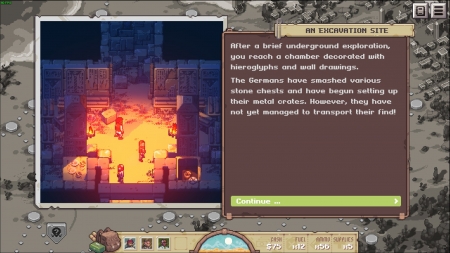 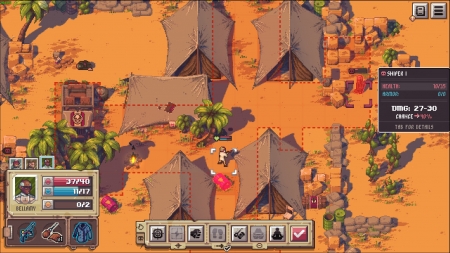 As for Linux support, which Pathway had since release it seems they're quite happy with the Linux community. Speaking on Twitter, one of their artists noted about Robotality not doing Mac again:

Our next game will definitely not have OSX support anymore. Way too much trouble with the system and no/nearly no sales at all. It does just not make sense at all.

Linux for sure. Also low sales but works way better then OSX and the community is super supportive and helps if something does not work on an obscure distribution. :)

This is why it's important to be polite and useful when reporting issues. Some people constantly underestimate the effect that being nice will have on another human. Good to see from Robotality.

As for Pathway, I still highly recommend it. You can grab Pathway on Humble Store, GOG and Steam.

View PC info
One of the best games ever.
3 Likes, Who?

QuoteOur next game will definitely not have OSX support anymore. Way too much trouble with the system and no/nearly no sales at all. It does just not make sense at all.

This made me smile. ^

QuoteLinux for sure. Also low sales but works way better then OSX and the community is super supportive and helps if something does not work on an obscure distribution.

This made me proud to be a member of the Linux Community. ^

QuoteThis is why it's important to be polite and useful when reporting issues. Some people constantly underestimate the affect being nice will have on another human.

And this is why I'm happy to support Liam and GoL. ^

View PC info
It was already in my whishlist! :D
0 Likes

Quoting: Alm888It was already in my whishlist! :D

Same, but not anymore! :D
1 Likes, Who?
While you're here, please consider supporting GamingOnLinux on: