Shadow of the Tomb Raider Definitive Edition from Crystal Dynamics, Eidos Montréal and Square Enix has been released today with a Linux port available from Feral Interactive.

If you're in the camp of preferring the first Tomb Raider reboot to Rise of the Tomb Raider, fear not, as Shadow of the Tomb Raider is apparently much better. However, I think you're all rather odd as I thoroughly enjoyed the first two games. That's okay though, different opinions on fun are what keep the world going. It's fantastic to see Linux get the full trilogy, since we often miss out. 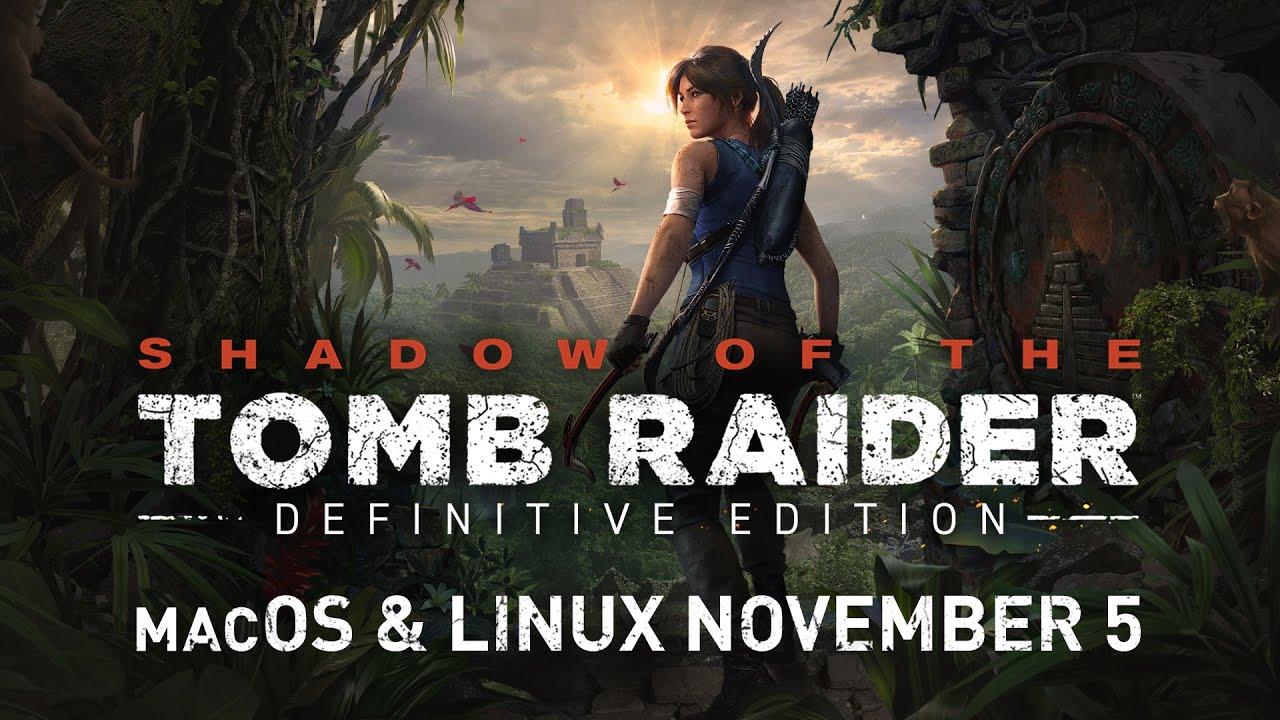 Thanks to Linux getting the port later, we get the full Definitive Edition which comes with all seven DLC challenge tombs, as well as all downloadable weapons, outfits and skills.

Running with the Vulkan API, the Linux version should run well for most gamers. Ubuntu 18.04 64-bit is the main distribution they're supporting but it should (as with their other ports) work fine across most others.

As for specifications, Feral Interactive said for NVIDIA you need at least the 418.56 driver and AMD requires Mesa 19.0.1 or newer. Intel GPUs are not supported. On top of that you're going to want at a minimum a 2GB AMD R9 285 (GCN 3rd Generation) or a 2GB Nvidia GTX 680  according to their Steam listed specifications. To get the most out of it though? The recommended specifications on Steam are an 8GB AMD Radeon RX 480 or an 8GB Nvidia GTX 1080 .

Sometimes it really is the little things, like Feral Interactive's customized Linux launcher. It always looks great styled to the game and helps to show just how much attention they give to their ports: 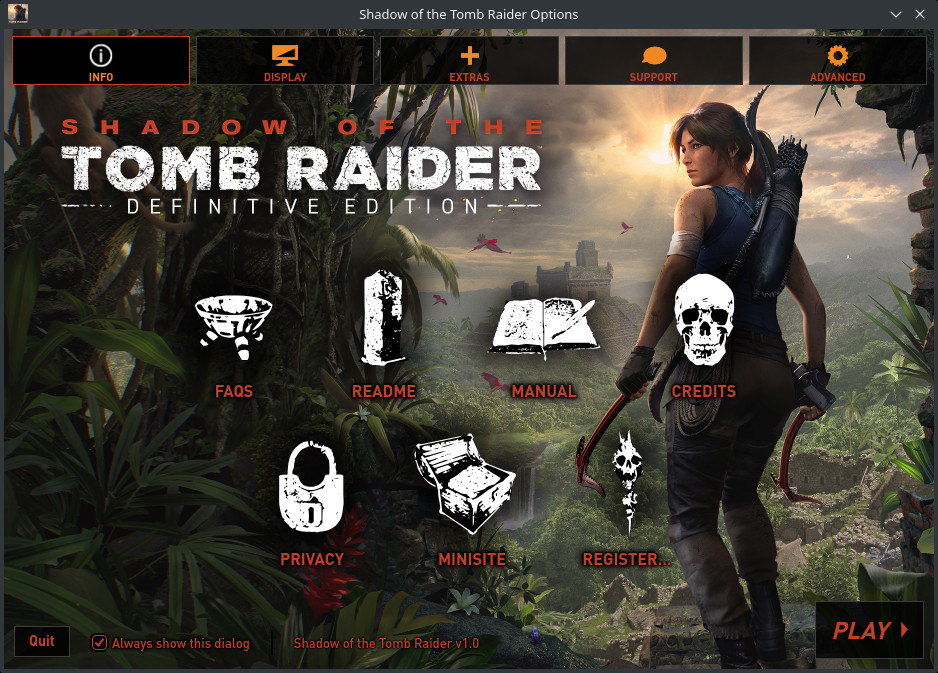 Not just good looking though, as it's feature filled too. It will ask you if you want to send crash reports to Feral directly, helping them to further improve. Always good to see something like that. Many other helpful things included like setting you resolution and preferred screen, accessing the soundtrack and wallpapers, direct support links and more.

If you wish to get the most out of the performance, ensure your CPU is set into High Performance mode. You can do this manually if you wish, by entering this in your choice terminal app:

Played before and found your save game doesn't appear? You can try to copy it over to:

As for the performance, during my testing this evening on Manjaro Linux it performs incredibly well. Even when absolutely maxed out (above the "Highest" preset), with anti-aliasing on the maximum SMAAT2x it was seeing an average of 125FPS which is awesome. 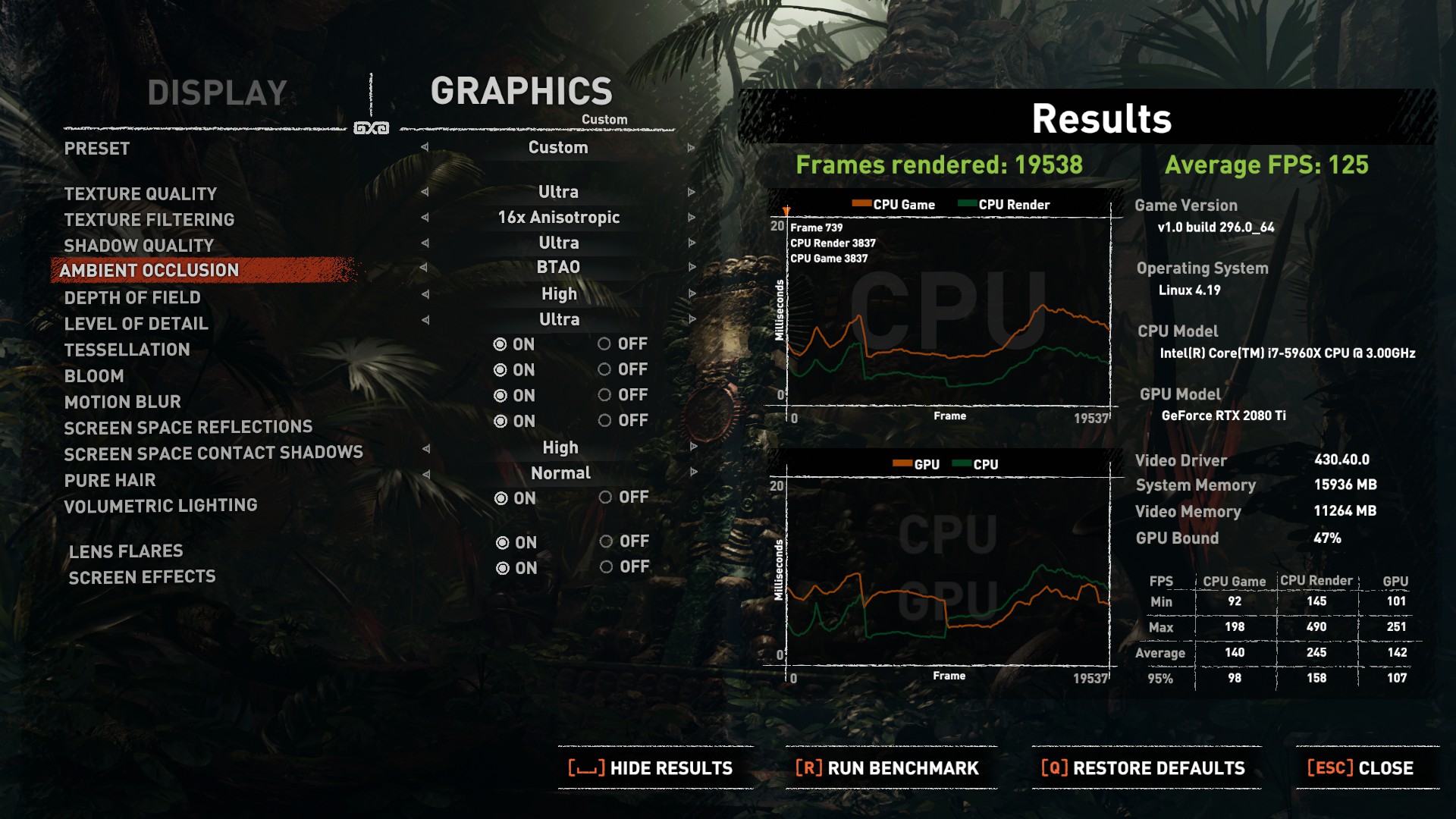 The 2080 Ti is obviously a very powerful card, so here's a look at how some other cards perform in comparison at various levels. 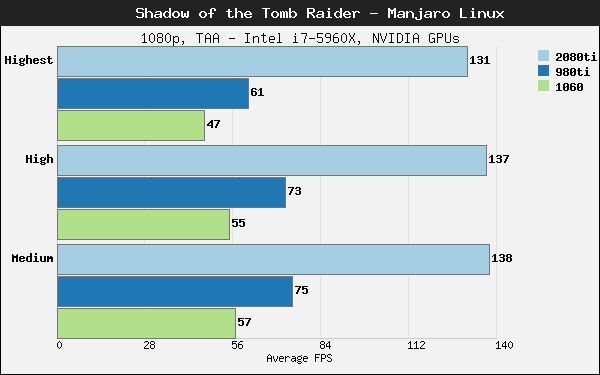 That's a very well optimised port, at least when going by benchmark results the Linux port performs extremely well. After playing a bunch of it myself, it holds up too. The actual real-world gameplay is quite often better than what the benchmark shows, regularly much higher as benchmarks are usually a stress-test of course.

During the gameplay, even with the 1060 on High settings it remained smooth and enjoyable. Certainly seems like Feral Interactive have done some outstanding work here.

Click to enlarge screenshots, all taken in the Linux version. 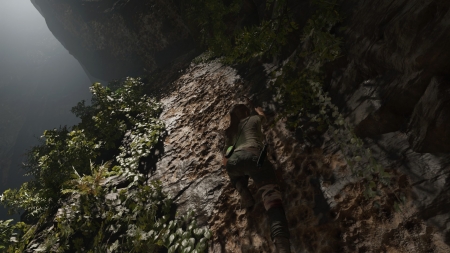 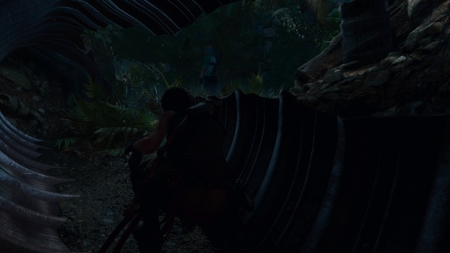 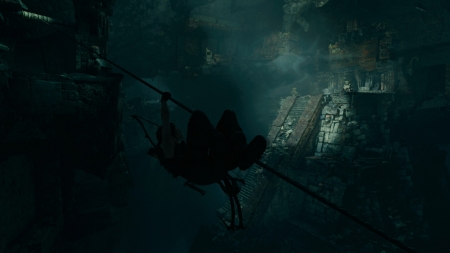 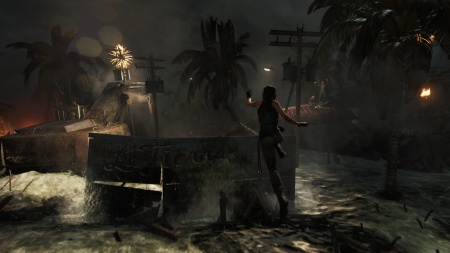 Shadow of the Tomb Raider is an incredibly pretty game, some of it is truly gorgeous. That intro scene too certainly got the blood flowing—how intense!

Much like the first two instalments, there's plenty of over the top action scenes that have you run, swing and leap to safety which I always enjoy. It's like being truly part of a movie at times, I once again feel like I need to own a Pickaxe as it seems they're handy for all occasions. It's a lot more of the same, with a few tweaks that doesn't really change the overall formula. That's to be expected though, since this is the third and final part of this story. It would be a little odd to see them drastically change it. So if you enjoyed Tomb Raider and Rise of the Tomb Raider, you will certainly have a lot of fun with this one as well.

However, there's a lot of newer little features and changes in Shadow. When climbing for example, you can now rappel down from rocks onto platforms below. It's only a small change but a welcome addition to everything else, especially as it helps keep the tension going. You're already running and leaping from one unstable platform to another, frantically tapping your key to grab on, now you've got to rappel and swing from a rope up high and hopefully not fall to your doom? Sure why not.

You can pick up Shadow of the Tomb Raider Definitive Edition from Humble Store, Feral Store and Steam. If you own the normal version, you should be able to upgrade. Recommended? A resounding yes.

We will be having a livestream of the release tonight on Twitch, Sin (our streamer) will also be showing off plenty more of it throughout the week.

As another reminder, we also still have Life is Strange 2 and Total War Saga: TROY to come from Feral Interactive as well.

I am the owner of GamingOnLinux. After discovering Linux back in the days of Mandrake in 2003, I constantly came back to check on the progress of Linux until Ubuntu appeared on the scene and it helped me to really love it. You can reach me easily by emailing GamingOnLinux directly.
See more from me
Some you may have missed, popular articles from the last month:
The comments on this article are closed.
123 comments
Page: 1/13»

BrazilianGamer 5 Nov, 2019
View PC info
Whoa. Feral rocks. I really wanted to buy it today but my Laptop doesn't have the required horsepower to run this masterpiece

View PC info
Sadly it won't install for me. It will only download the shader cache and not the game.
1 Likes, Who?
x_wing 5 Nov, 2019

CAn'T WAIt tO PlAY iT!

Quoting: PatolaWhat about real-time raytracing of shadows? Does it have them like the Windows version?

No raytracing. Personally I don't care. But I do care about the price. I'll wait for a slightly better sale.
0 Likes

View PC info
Well I've bought it from the Feral Store and I'll download until I have to shut down. Will play it tomorrow. Cheers Feral ^_^
0 Likes

View PC info
Downloading... That's those times when I'm unhappy with my internet connection and want more bandwidth...
1 Likes, Who?

I hear 2-3-1 is all the rage these days but I wouldn't want to get mixed up in all that.

Edit Solution: One had to rearrange the items to be 1-2-3 instead.

Edit: Both stated to be claimed. :D

View PC info
I don't think we're missing much with the ray-tracing, everything I've heard is that the difference is almost imperceptible while the performance impact is significant.

Now if only it would download just a bit faster.
0 Likes
1/13»
While you're here, please consider supporting GamingOnLinux on: