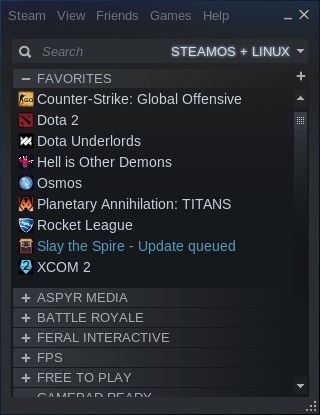 View PC info
I wonder if there is a server version of SteamOS that cloud providers will be using.
0 Likes

But I'm just an outside observer who's a GeForce now (Nvidia Shield) occasional user so... :)

P.S. I don't know what to think of this, but Nvidia is really proactive when it comes to DXVK and Vulkan debuging... Could it be related, somehow? Is there something brewing? :)

Quoting: ArdjeBroadcasting actually *works* \0/
Now I can let everybody enjoy my plays of radiator 2

How were you able to get it working? the article says it still doesn't work yet. Did you find a workaround?
1 Likes, Who?
1/2»
While you're here, please consider supporting GamingOnLinux on: