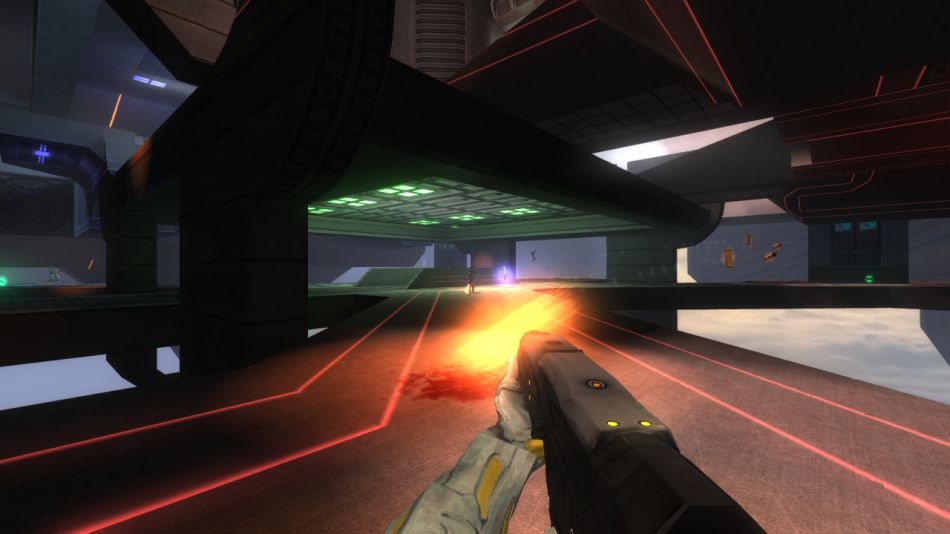 View PC info
I hope they're also thinking in make a Vulkan version. It would be nice to have an open source fps using vulkan api, so it might encourage the community to improve it.
0 Likes

dvd 11 Nov, 2019
View PC info
I tried it few years ago, it was quite fun. The only downside was the lack of players as most other online libre games.
1 Likes, Who?

View PC info
I think that screenshot (and the video on the Steam page) is still from the old version. On their forums they have some newer screenshots. I guess it will not look totally different (as playermodels for example are unchanged), but it does seem to look better than in that screenshot now.
0 Likes

Quoting: BielFPsI hope they're also thinking in make a Vulkan version. It would be nice to have an open source fps using vulkan api, so it might encourage the community to improve it.

vkQuake was one of the first open source implementations I know of. Just grab the shareware episode of quake and you're good to go on your testing.

It's a pitty Red Eclipse 2 throws players into parcour maps that don't let them test and improve their skills but instead block them from the fun by an insurmountable challenge right from the start.

Quoting: JuliusI think that screenshot (and the video on the Steam page) is still from the old version.

Yes definitely - I see my old character in the video :D
Seriously thinking about giving it a try again.. but then, I'm not getting any younger and faster, and I left because community. Though, other people age too and maybe get more mature so... it may be less toxic nowadays.
0 Likes

View PC info
This is exciting, getting the game into as many hands as possible is always great news for open source games.
0 Likes

Also I really dislike that the default parkour button is "q" instead "left-shift".

View PC info
I'm down for some of that! Pass that key, please!
0 Likes

View PC info
You know, the article thumbnail reminded me of C&C: Renegade. We could use a new one of those.
0 Likes

I wanted to give it a try, but for some reason it does not run for me without any indication as why (literally no console output whatsoever) , oh well, guess I'll wait for an update.
0 Likes
1/2»
While you're here, please consider supporting GamingOnLinux on: