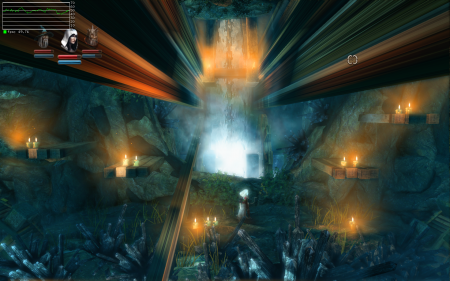 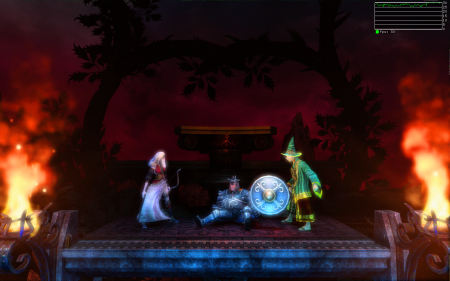 Hamish Paul Wilson is a free software developer, game critic, amateur writer, and farm labourer living in rural Alberta, Canada. He is an advocate of both DRM free Linux gaming and the free software movement alongside his other causes, and more information on him can be found at his icculus.org homepage where he lists everything he is currently involved in: http://icculus.org/~hamish
See more from me
Some you may have missed, popular articles from the last month:
The comments on this article are closed.
48 comments
Page: 1/5»

View PC info
That's sad. I have Trine and Trine 2 in my library and have enjoyed them, and was looking forward to trying out the rest of the series.
1 Likes, Who?

Quoting: vskyeThat's sad. I have Trine and Trine 2 in my library and have enjoyed them, and was looking forward to trying out the rest of the series.

Just to be clear, Trine 3 does have Linux support at least. I have not played it though due to still having an older graphics card without OpenGL 4 support.

View PC info
May be there is a way to release an LD_PRELOAD hook just for the needed functions, to avoid building full blown custom Mesa?

As for Frozenbyte, basically they have no Linux developers left in the studio, according to their own words.
0 Likes

View PC info
I would say this story is a good example of the benefits we could have from games being FOSS. The game has a longstanding bug that should be fixed on the game code (rather than worked around in drivers), but the developer has no Linux developers left to fix it and not really any interest in the Linux copy. However, technical savvy users have found the bug and identified what fix would be needed, and are even willing to do onerous stuff like recompiling the entire graphics driver to solve it. But they have no access to the game source code and no way to distribute the fix if they had (yes, it would be necessary; we couldn't rely on the developers maintaining the game, after all).

Even open source game engines would presumably help a lot. Hopefully Godot for instance will gradually become more and more competitive and see wider and wider use.
0 Likes

ProtonDB and/or the Wine AppDB are your friend:
https://www.protondb.com/app/690640

I am slightly curious if buying the Ultimate Collection counts as a Linux sale, even with Trine 4 included. A way to vote with your wallet perhaps.
0 Likes

I had thought of mentioning this, but I could really turn this topic into an article in and of itself.

The original Unreal Tournament is stuck with a similar issue on Mesa that makes the old native build unable to launch. Enemy Territory: Quake Wars is plagued with the wchar bug when using modern versions of glibc.

Playing both of these games through WINE is now often easier than doing so natively, due to it being a stable environment. Both modern Windows and Linux are moving targets.

Frozenbyte released some of its source code in the past as part of the Humble Frozenbyte Bundle, although I doubt they are likely to do so again any time soon.

View PC info
Also, the more I look at the second screenshot in the article, the odder the shield appears to me. You can see both of the knight's arms, so unless the wizard is using his levitation powers, it must be standing on its own.

Quoting: HamishJust to be clear, Trine 3 does have Linux support at least. I have not played it though due to still having an older graphics card without OpenGL 4 support.

But your GPU has supports up to OpenGL 4.5 (at least with core profiles).

I believe that the only real workaround for this games is D9VK or gallium-nine. Although what a pity.
0 Likes
1/5»
While you're here, please consider supporting GamingOnLinux on: