Trick the world in the Fake News update to Plague Inc: Evolved

Plague Inc: Evolved just got another big free update with a fun new Fake News scenario giving you a chance to deceive the whole world.

A great game you could already have a lot of fun with, as I did before naming a Bacteria after someone close. Now though, you're not dealing with coughs and colds but the spread of misinformation. Starting off with only one person being Deceived, you begin writing your Fake News Manifesto to evolve the information and it shall begin to spread.

I decided to spread some fake news in the USA, that was started by Aliens because they just wanted to watch the world burn. You certainly can make some amusing things with it. 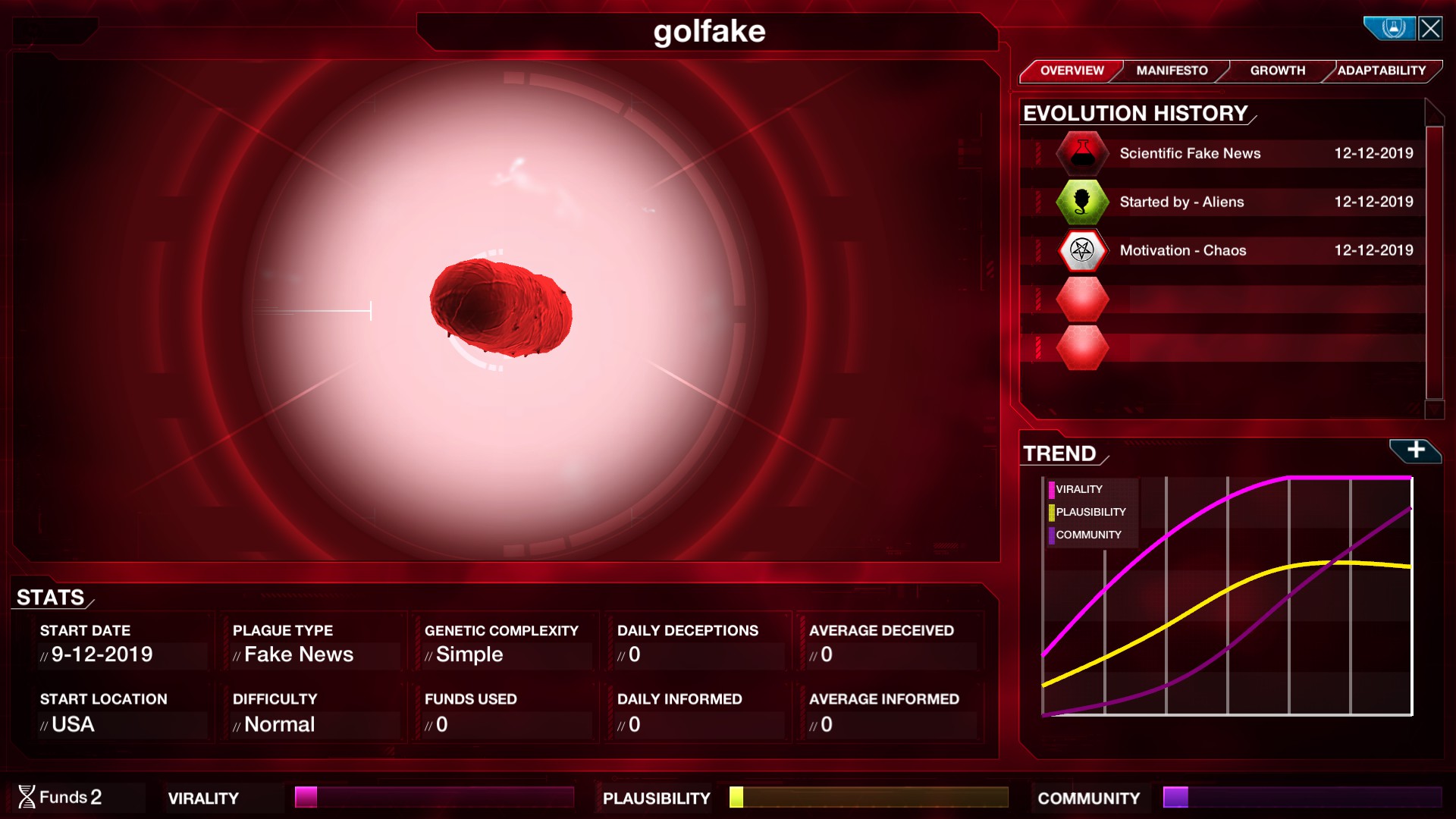 Interestingly the developer, Ndemic Creations, actually teamed up with UK fact checking charity Full Fact, and has also received help from other international fact checkers, such as Politifact in the US in an attempt to make it "as realistic as possible". Which is somewhat amusing considering mine was started by Aliens, but this is all Fake News so it fits in a roundabout way.

Turns out my Fake News wasn't very plausible and the world very quickly had a lot of informed people, no matter how quickly I expanded and evolved it. So at least you need to be somewhat smart about it.

What will you spread? You can grab it from: Humble Store and Steam.

View PC info
I quite like plague, but its propagation model is a bit too simplistic and tabletop game-y to my liking. I'd have way more fun with a more realistic engine, trying to see how diseases propagate. Add in a "starting year" point, and a few sliders for various responses/politics, and you can see how effective something like ring vaccination is.

But at that point, the game I would like to play is quite different from that one... ^^"
0 Likes

View PC info
The developers knew they were tempting fate with the "GamerGate" achievement in this update. "Please don't review bomb us." is the achievement blurb.

Jimmy: Does the game know it's an ad for PolitiFact? ;)
0 Likes
While you're here, please consider supporting GamingOnLinux on: