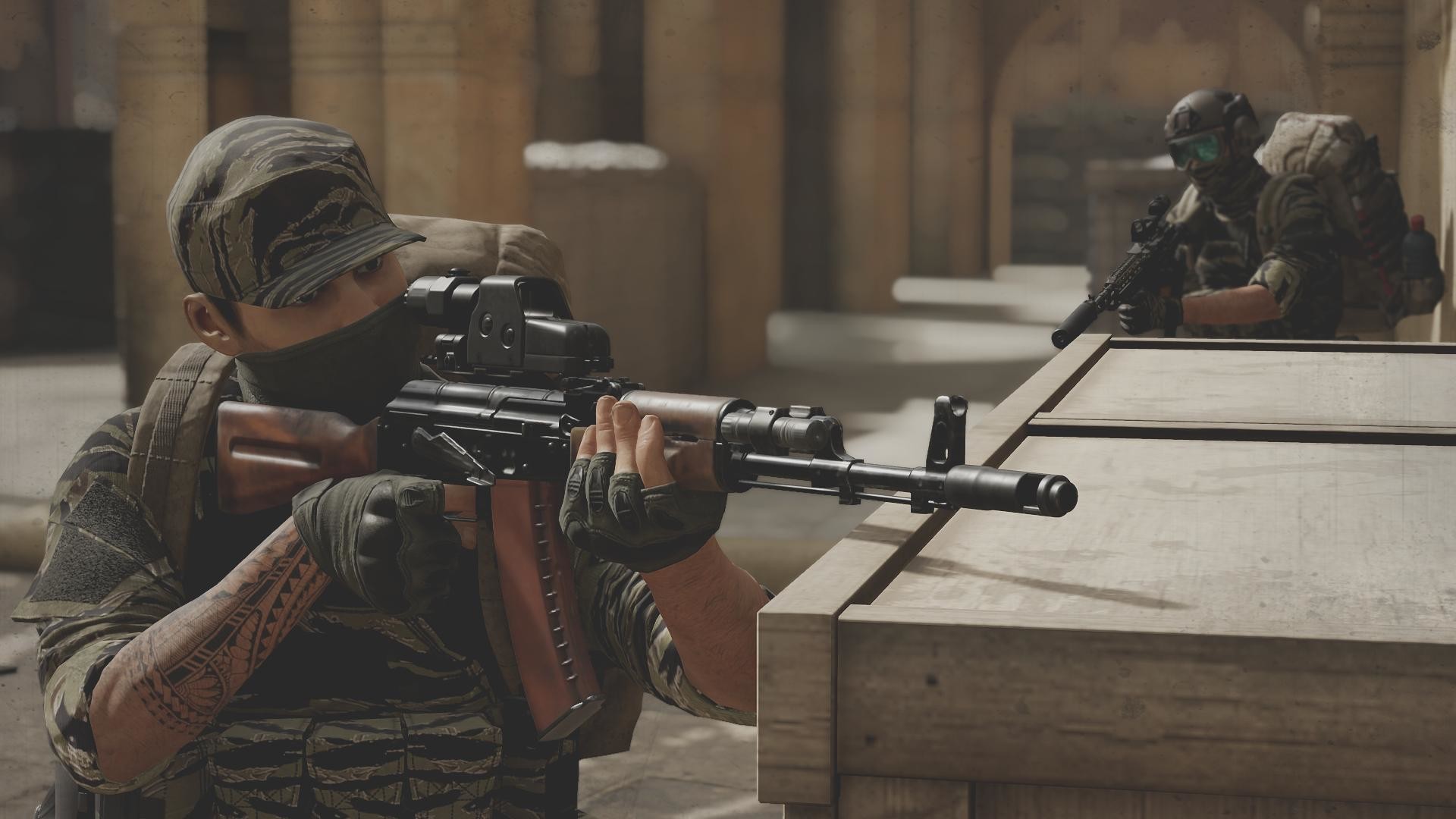 About the author - Liam Dawe
I am the owner of GamingOnLinux. After discovering Linux back in the days of Mandrake in 2003, I constantly came back to check on the progress of Linux until Ubuntu appeared on the scene and it helped me to really love it. You can reach me easily by emailing GamingOnLinux directly and find me on Mastodon.
See more from me
Some you may have missed, popular articles from the last month:
The comments on this article are closed.
45 comments
Page: 1/5»

QuoteSupport developers that support the platform. Spend your monies wisely.

Supporting a game dev that supports Linux or has been supporting Linux for a long time is great but it's not a guarantee that the game dev will continue supporting Linux in the future. Some examples are Supergiant Games and Frozenbyte.
4 Likes, Who?

I love it.
Will apply that every time I see broken promises now.

That goes right into the same drawer as "sorry that you are disappointed/angry", "surprise mechanics/gameplay", "pride and accomplishment", ...

"We are sorry for making you believe that you could trust us."
This is really quite something, a PR person deserves a pat on head here.

Given how much they cancelled, though, it seems to me this project is pretty much doomed, Linux or not.
Don't know of too many titles that had to cut so much stuff and then became a success.

gojul 10 Dec, 2019
View PC info
I have some another example like this : Eugen Systems (which have turned evil towards their own employees), made the Wargame series.
0 Likes

View PC info
I'm really disappointed here, it's an amazing game, I've played somewhat to the extent of local play with 4 bots and was really looking forward to Linux version.

QuoteOf course, this is a reminder not to buy a game before it lands on Linux.

Truly have to be new moto from now on... Given current pace I don't think we'll see any AAA games natively on Linux any time soon.

Quoting: Lord_PhoenixTruly have to be new moto from now on... Given current pace I don't think we'll see any AAA games natively on Linux any time soon.

Just don't forget the ones we have gotten! Bioshock: Infinite, the Tomb Raider games, the Warhammer and Total War games, the list goes on.

It's more like illegal advertising, right? Their plea for forgiveness is for us to buy their next game and see how they've learned from their mistakes. They should be offering refunds. Whether a game contains a campaign or not is a pretty core feature and one that steers my buying decision.

Quoting: TheSHEEEPGiven how much they cancelled, though, it seems to me this project is pretty much doomed, Linux or not.
Don't know of too many titles that had to cut so much stuff and then became a success.

That was my first thought as well. Does this game rely on community servers, or does the developer have to keep servers running? Hopefully, the game's financial stability isn't directly tied to the game staying playable.


Overall, I'm very disappointed. I see one of my Windows buddies play this game every now and then. We've played regular Insurgency many hours, but I can't join him in Sandstorm. I've waited a long time just to reach this sad+angry conclusion.
2 Likes, Who?

View PC info
A lot of disappointing news in the Linux gaming world this year :(
1 Likes, Who?

Quoting: BeamboomA lot of disappointing news in the Linux gaming world this year :(

True, but the rapid pace of development of Proton/DXVK/D9VK and Valve still cooking Linux goodies are keeping me warm and cozy.
7 Likes, Who?

View PC info
It must be disappointing to everyone who's been looking forward to it, but in all honesty, I'm not so bothered about cases like this. Clearly they're struggling to fund the thing, with the single-player campaign getting the chop as well, and at least they're being honest about it. Belatedly, but better late than never. What annoys me is when promised Linux support just vanishes into the ether with no explanation. (Yes, I'm looking at you, Slightly Mad and Frontier Developments...)

It always bears repeating: no Tux, no bux. In nearly 40 years of gaming ( :O ), I've only ever pre-ordered once.* And I'm pretty wary of early access too.

*Forza 4. And that was only a couple of days before release, after playing a demo. Come to think of it, in all that time I've probably only bought two or three games in the first few weeks after release, too. No offence to Liam & co., but I trust word-of-mouth far more than reviews.
0 Likes

Quoting: GuestYep, Valve and Microsoft have worked nicely together at hurting Linux and killing support for our platform. Valve made a real push towards Linux at first until they were bribed by a bunch of Microsoft suits that visited their headquarters a while back as reported by Michael of Phoronix. They slowed their Linux push and transformed into just helping Windows gaming, and the native releases slowed and slowed.

We're talking about the same Valve that made it possible to run most of its catalogue on Linux by just pressing a button, yes?

QuoteThe proper response is No Tux No Bux. We don't get Linux support, you don't get money, the only thing they give a fuck about.

If you had 1% less money in your wallet, would you notice?
10 Likes, Who?
1/5»
While you're here, please consider supporting GamingOnLinux on: