So many free games, so little time...

Redie is a top-down shooter clearly inspired by Hotline Miami that was released three years ago on Steam. As of today, out of 114 Steam reviews, 94 of them are positive. Just one month ago, an official announcement stated that the title has become absolutely free for everyone.

Here is the trailer so you can check how fun it is: 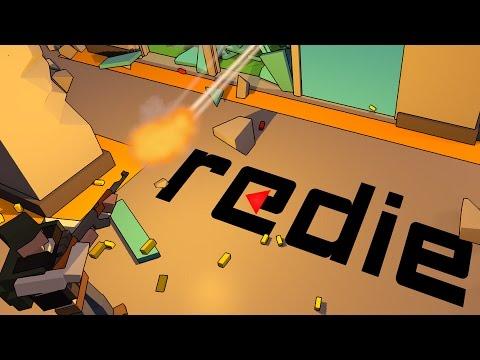 In case you got interested, at the moment of its original release I wrote a comprehensive GOL article about it, so you can read more about it there.

Honestly, it's a shame that after the release it never got any more content, only two patches that solved some specific bugs and improved some levels, but that was all. This game had a lot of potential, in my opinion.

Find Redie on Steam, or Itch.io.

View PC info
There doesn't seem to be any context for this, but hopefully the Rückert brothers are about to launch a new game and this is a nice piece of publicity for them? Cracking looking game though, so it's an amazing gesture regardless!
1 Likes, Who?

View PC info
It's a really fun game and I definitely recommend it :)
0 Likes
While you're here, please consider supporting GamingOnLinux on: