Find getting your Linux games from GOG a bit of a hassle since they don't support Galaxy on Linux yet? Enter the free and open source application Minigalaxy. It's being developed by Wouter "sharkwouter" Wijsman who also works on VaporOS, a special build of SteamOS with a ton of extra enhancements.

Currently quite simple, it allows you to login and access your entire GOG library to download and play. You can pick your language, adjust install location, search and a bit more. A little rough around the edges, but once this gets further along it could be a nice little GOG client for Linux users. 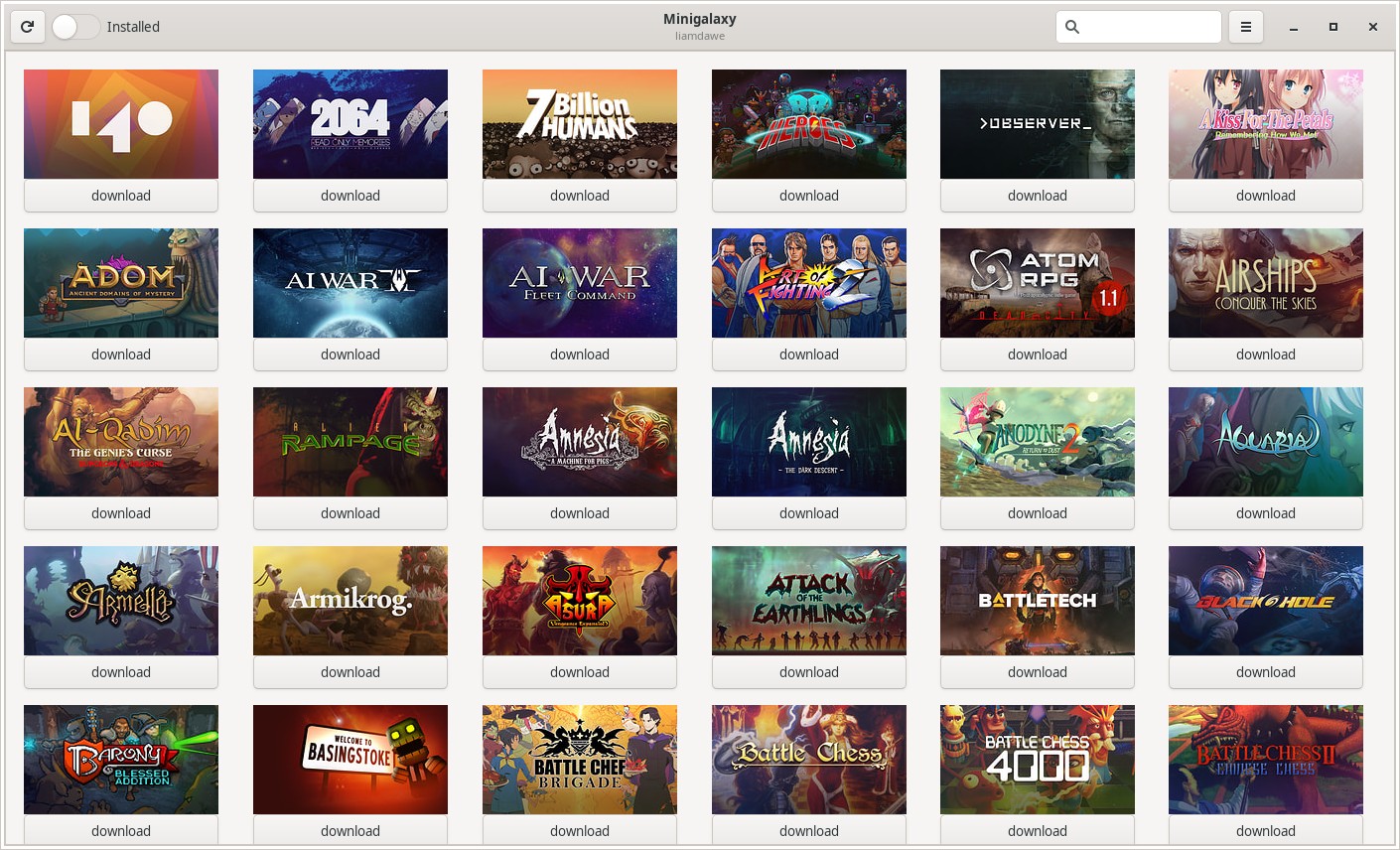 It's comparable to Games Nebula, another open source GOG client for Linux although that hasn't seen a released since June 2018, sadly. So it's good to see someone else come along to try and smoothen-out the process of getting GOG games on Linux (other than downloading from GOG directly). You could use Lutris, but Lutris does a lot and can be confusing. The key point here about Minigalaxy is that it's streamlined.

The developer has plans to extend Minigalaxy, for updating games and actually remove games once installed.

You can find it on GitHub, Arch/Manjaro users can grab it from the AUR.

You know, there is optimism, and then there is naivety...
11 Likes, Who?

sadly, it seems you are right :/
And even if there is a proper FOSS alternative, i'm not willing to throw money on a company with that attitude towards linux...
1 Likes, Who?

Will install it as soon as I get home. Always grateful to this kind of community efforts :)
1 Likes, Who?

GOG is DRM free, but doesn't support Linux with its client.
Steam heavily supports Linux, but are very DRM... though not as much as Stadia.
Itch is wonderful, but is very lacking in many different genres.

View PC info
While I'd like to see gog galaxy get a gnu/linux version, that this kind of application can be written by the community is what I approve of most.

View PC info
Does someone know where does the app save the logs? It keeps freezing whenever I try to download a game :/
0 Likes

Quoting: tmtvlOh well, it's the dawn of a new decade, who knows what the 2020's will bring.

On the short run, stagnating Linux gamer percentage, declining growth of games supported by proton (because low and medium hanging fruits have been harvested already), less new native games (You do have Proton alright!?).

On the long run, the last console generation, cloud gaming. So you could say we're first class citizens finally... in a gaming world most of us don't fancy.
2 Likes, Who?

Quoting: mirvWhile I'd like to see gog galaxy get a gnu/linux version, that this kind of application can be written by the community is what I approve of most.

The problem is not the client, but lack of Galaxy support for the Linux titles on the server. There is nothing community can do about that.
3 Likes, Who?
1/3»
While you're here, please consider supporting GamingOnLinux on: