Slay the Spire's fourth character to be released on January 14

Slay the Spire, a fantastic deck-builder roguelike that's one of my personal favourites released last year is finally getting the fourth character out.

The fourth character, The Watcher, has been available to test in the Beta on Steam since September last year as Mega Crit Games wanted to get it right. They announced today on Steam that it will finally be in the stable build on January 14.

Not exactly easy to unlock as you need to have first unlocked the third character, plus beat an Act III boss which together can take a little while. When you do get The Watcher, prepare to learn a whole new way to play. Just like the other three, they have an very different style and set of cards. 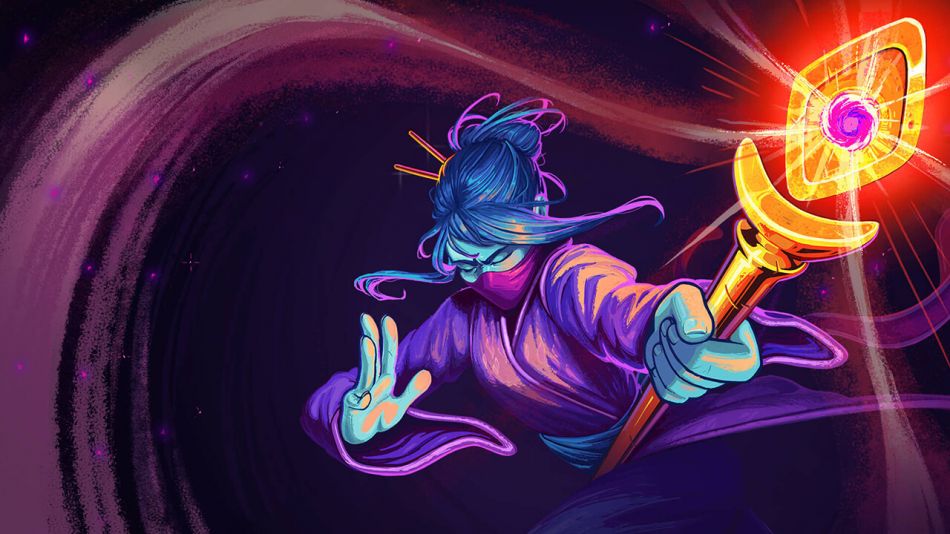 I think my personal favourite, at least right now, is still the Silent since you can focus on Poison while blocking enemies. You can end up taking down enemies relatively easy once you've built up a good amount of poison and block cards.

I'm hoping once this new character Beta is over, they can get the other Beta for an upgraded version of LibGDX out into the stable build as it vastly improves the fullscreen behaviour on Linux.

Slay the Spire is awesome, do check it out if you haven't already. Available from Humble Store, GOG or Steam and it just keeps improving with all the updates.

We do often include affiliate links to earn us some pennies. We are currently affiliated with GOG and Humble Store. See more here.
About the author - Liam Dawe
I am the owner of GamingOnLinux. After discovering Linux back in the days of Mandrake in 2003, I constantly came back to check on the progress of Linux until Ubuntu appeared on the scene and it helped me to really love it. You can reach me easily by emailing GamingOnLinux directly.
See more from me
Some you may have missed, popular articles from the last month:
The comments on this article are closed.
11 comments
Page: 1/2»
Thormack 5 Jan, 2020

View PC info
I assume if you've beat the Act III boss with all three characters already, then you're all set to play the new character right away?

Not that replaying it a time or three would be a hardship, mind you.
0 Likes

smokinglizards 5 Jan, 2020
Slay the spire is surprisingly a quality title considering it's indie status. Feels really balanced and carefully constructed. I guess the pre release time on steam must've really been useful and whatnot. It definitely excelled my expectations which were already pretty high.
0 Likes

Quoting: NezchanI assume if you've beat the Act III boss with all three characters already, then you're all set to play the new character right away?

Not that replaying it a time or three would be a hardship, mind you.

I think I read somewhere that it'll already be unlocked for you in that case.
0 Likes

View PC info
Been playing this game casually, so far managed to get to halfway of Act 3. Really good game and runs well even on a low end laptop.
0 Likes

View PC info
Hmm
Does it have workshop support ?
Would be cool if people can make their own characters/cars.
0 Likes

View PC info
Great news!
Slay the Spire is my favourite Linux game of 2019. I never really liked deck-building games, but this one is very special.
0 Likes
morbius 5 Jan, 2020
Looking forward to trying the new character. Managed to beat act 3 with all three current characters, but I could beat the Corrupt Heart only with Silent, they've made the act 4 a lot harder than it needs to be.
0 Likes

Quoting: morbiusLooking forward to trying the new character. Managed to beat act 3 with all three current characters, but I could beat the Corrupt Heart only with Silent, they've made the act 4 a lot harder than it needs to be.

I basically gave up on Act 4 entirely. It's honestly not fun, unless you're seriously into optimizing a build specifically for the final boss. So I write it off as optional and don't even bother trying any more.
0 Likes

Quoting: razing32Hmm
Does it have workshop support ?
Would be cool if people can make their own characters/cars.

Yes it does: https://www.gamingonlinux.com/articles/the-excellent-slay-the-spire-adds-in-steam-workshop-support-works-well.13279
1 Likes, Who?
1/2»
While you're here, please consider supporting GamingOnLinux on: