Minigalaxy, the free and open source Linux client for GOG has a new release

Progressing quickly, Minigalaxy is becoming quite a nice streamlined Linux client for managing GOG.com games since GOG themselves don't yet support Galaxy on Linux.

This free and open source alternative had an update pushed out yesterday, which cleans up some crash bugs while also adding big new features. It's now possible to remove games directly from Minigalaxy, an option open the game folder was added, translations are now supported with multiple in, there's an offline mode, game detection is improved, it starts up faster and so on. 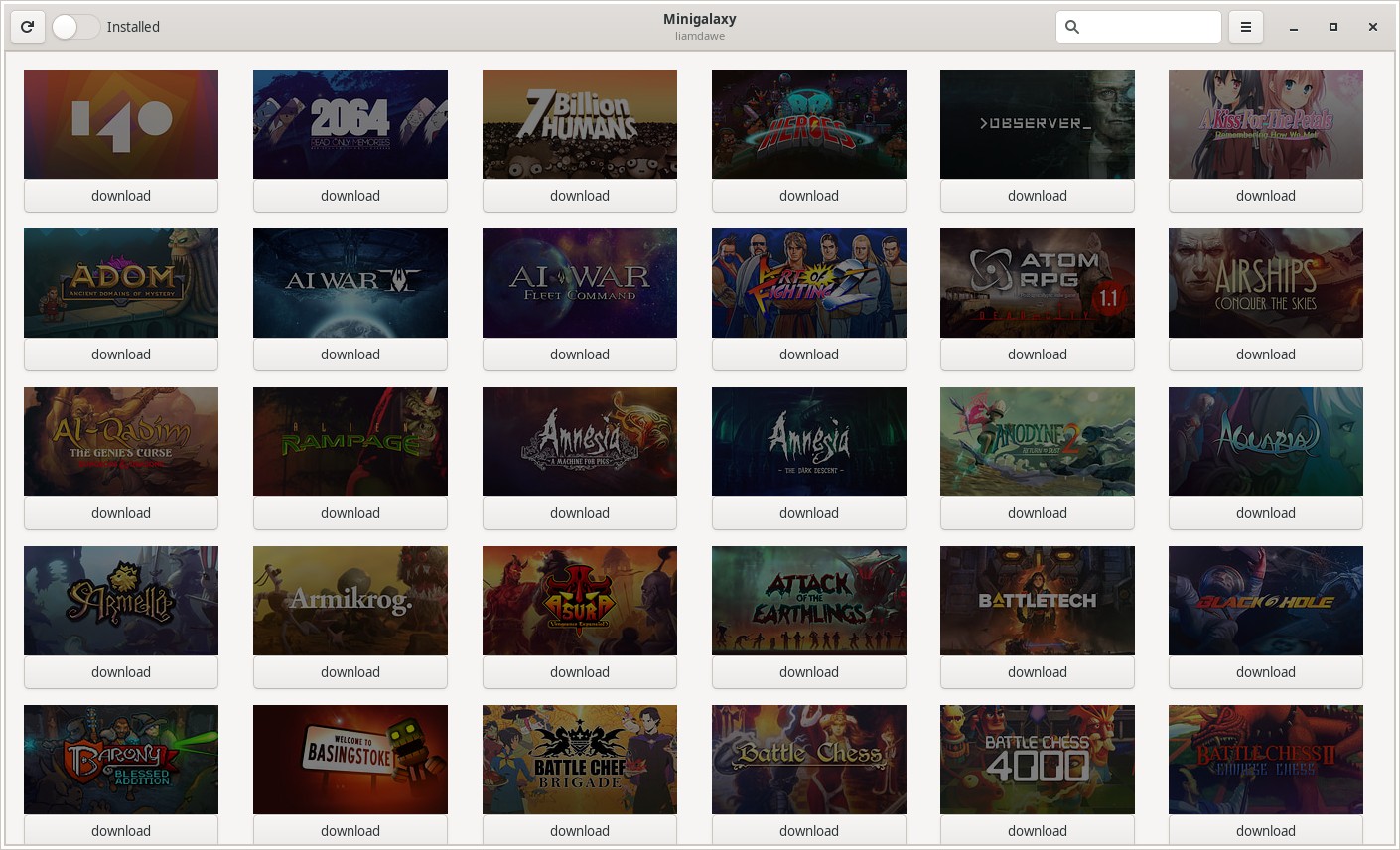 While there's also Lutris, Minigalaxy is a lot simpler and easier to use. Exactly what you want. Load it up, download games, hit play. Still very early though, there's plenty missing like DLC support but it's likely not long before Minigalaxy gets even better.

I am the owner of GamingOnLinux. After discovering Linux back in the days of Mandrake in 2003, I constantly came back to check on the progress of Linux until Ubuntu appeared on the scene and it helped me to really love it. You can reach me easily by emailing GamingOnLinux directly.
See more from me
Some you may have missed, popular articles from the last month:
The comments on this article are closed.
4 comments
mao_dze_dun 8 Jan, 2020
Any idea how it compares to Gamehub?
0 Likes

View PC info
Currently about 36% of my games show up ready to install. Interface seems KISS though. I will come back later to this project. :)

View PC info
Sadly, it requires python3-gi >= 3.30, and Ubuntu 18.04 only has 3.26. The good thing is, by the time 20.04 gets out Minigalaxy will most likely improve significantly. :)
0 Likes
While you're here, please consider supporting GamingOnLinux on: