Monitor and stress-test your Linux gaming PC with GtkStressTesting

Monitoring your Linux gaming PC is pretty easy, there's some good applications out there to keep an eye on CPU use and more but what about some stress testing to see how it holds up? GtkStressTesting seems nice.

The developer, Roberto Leinardi, who also made GKraken (control the cooling (and soon also the lighting) of a NZXT Kraken X) and GreenWithEnvy (controlling NVIDIA fans and overclocking on Linux) emailed in about GtkStressTesting. Originally called GnomeStressTest, they recently changed the name to GtkStressTesting along with a new release. 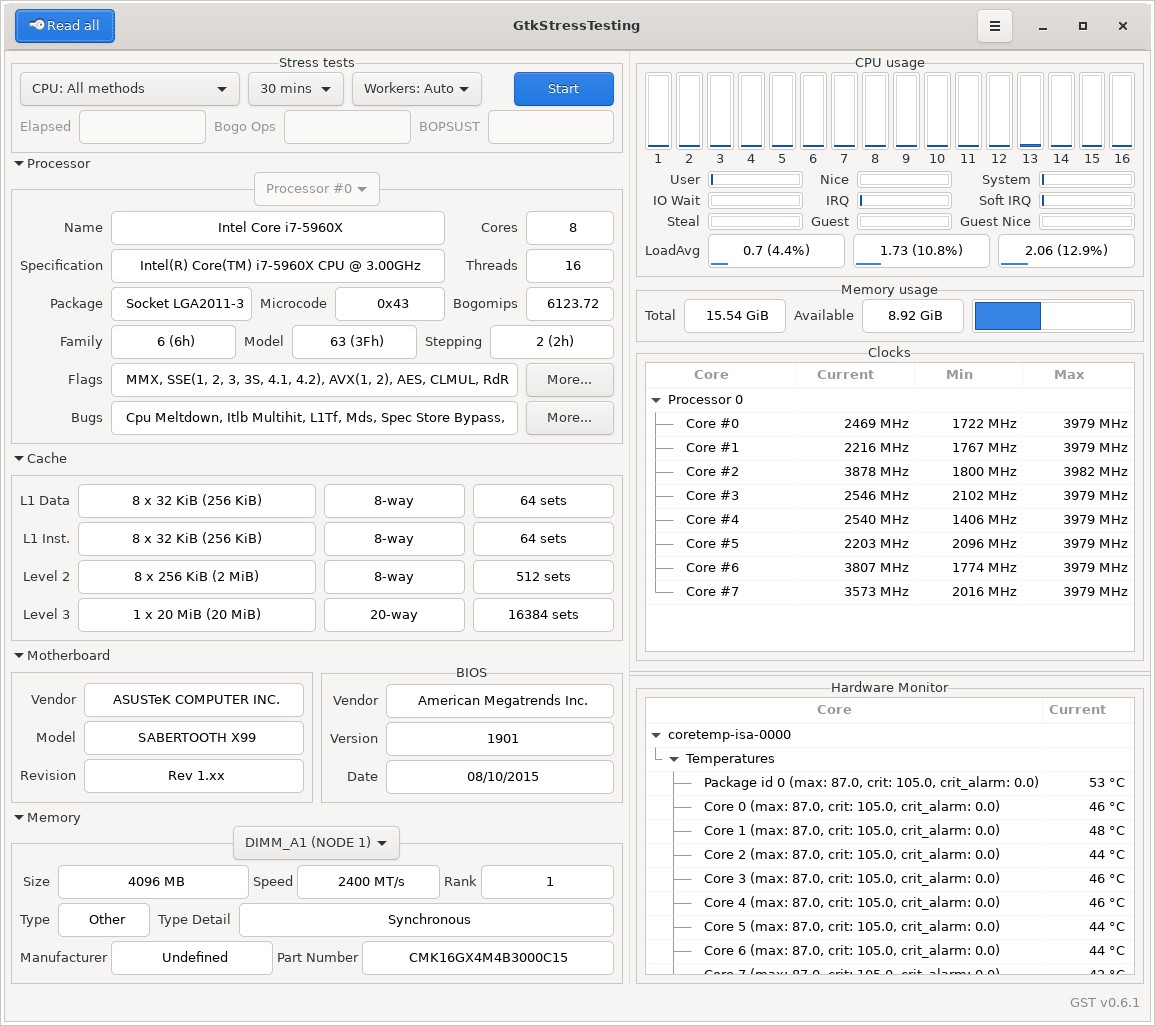 When sending it in, Leinardi said:

The main purpose of this app is to have in a single screen all the information about CPU, RAM and MoBo including monitoring of usage and sensors.

In addition to that it's also possible to run some stress tests to see how the system will react to heavy load. There is also a small benchmark feature but nothing too serious.

Seems like a pretty useful multi-tool, the type of application you find easily for Windows but not something you often find for Linux so it might fill a nice little niche for some of our readers.

They're also looking for feedback. You can try it out yourself right now, see how on the GitLab page where there's multiple ways to install.

Very good! It would be important to also have a snap package for it. More and more new ppl are looking towards Linux. For those opposing these: you can choose not to use flatpak or snaps. No one is taking away your freedom of buildin from the source or adding PPA's :)
0 Likes

View PC info
I normally use KsysGuard + lm_sensors, but I will give this a try. Might be nice to have it all in one app. Also, I may prefer the individual CPU core graphs even though it doesn't show a history.
0 Likes

View PC info
looks good to me, be nice if it had nvidia and amd gpu temp/data monitoring also. And for some reason it can't detect my memory modules.

If you click the "Read All" button in the top left of the window, it will prompt for you password then read out your memory information.
0 Likes

Hi, I'm the developer of GST. If what ajgp suggested doesn't work, feel free to open an issue on the official issue tracker: https://gitlab.com/leinardi/gst/issues
6 Likes, Who?

View PC info
I didn't know GST or even GWE, great tools! And both available in Arch (GST in AUR and GWE in official community)! :)

PS: Ahah in fact there was a news about it last year... but it seems I didn't take time to try it out.

the creator of this apps said on OMGUbuntu comment, it must be run under "sudo" to get full memory information.
0 Likes

the creator of this apps said on OMGUbuntu comment, it must be run under "sudo" to get full memory information.

Hi adibuyono, I fear I was not clear enough on my other comment: please, never start GST with sudo, it is not needed and could even create issues. What I wanted to say is that superuser permissions are needed to read the RAM information. GST will ask for these permission automatically when you press the "Read all" button on the top left corner. GST will never know your password because I'm simply using pkexec to run dmidecode as root.
0 Likes
1/2»
While you're here, please consider supporting GamingOnLinux on: