The finishing line for Crowbar Collective and their re-imaging of Half-Life with Black Mesa is almost in sight, with a preview of the full finished game to come soon. In a new announcement on Steam, they said it will be available to test as soon as it's ready.

Plenty of upgrades are still going in though, like an overhaul to the HECU AI so the soldiers you encounter around Black Mesa on cleanup duty will be a lot smarter. They now know to "lay down suppressing fire, flank your position, communicate more, throw grenades more effectively, use their MP5 grenade launchers, and more" which has me quite excited to see in action.

You can also see some graphical upgrades done on the Earth section with these examples: 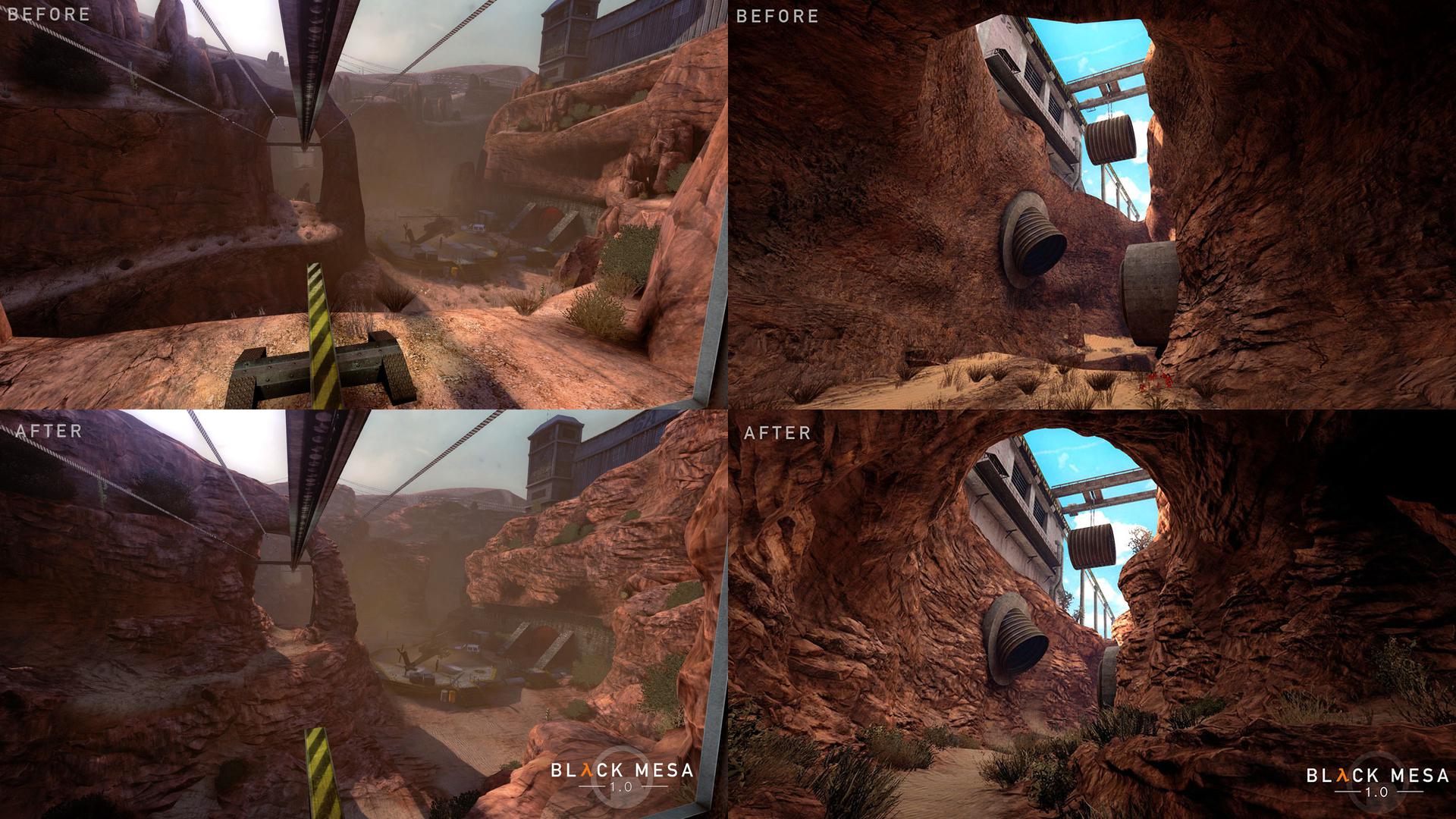 Some areas have been adjusted too, the combat areas in particular so they can "better utilize the AI". Using everything their team learned when building the Xen section. They said they've been watching people play, to identify where "the pace came to a grinding halt" and redid those parts.

They also confirmed, again, that another update will come post-release they're jokingly calling Black Mesa: Definitive Edition with fixes to rough spots and more polish on the artwork, as well as continue to improve other parts like Steam Workshop support. Something else that sounds good, is they want to document how to best use the Source Engine to "help others get information and solve problems".

View PC info
Patiently waiting for them to finish Black Mesa already so I can replay the whole thing in style. I've grown old during the wait... :P
5 Likes, Who?

View PC info
They should integrate the training course too, I remember playing it some years ago and it was very funny (specially the part the guard is confused about why are you in a HEV suit for the gun training)
0 Likes

Comandante Ñoñardo 27 Jan, 2020
View PC info
C'mon Valve! Fund the multi language Voice overs and you have the next GOTY.
4 Likes, Who?

Quoting: dpanterPatiently waiting for them to finish Black Mesa already so I can replay the whole thing in style.

Hey... they still have to do Opposing Force and Blue Shift. :D

Seriously though, they've done an amazing job with this. I've become so used to Black Mesa that it's been quite a shock to be reminded how primitive the original GoldSrc version looked in the free-play that's going on right now.
1 Likes, Who?

View PC info
Wow, they are really getting the 1.0 out of the door. What an impressive feat. When this update is out, I guess I have to start all over again to enjoy the new HECU AI.
0 Likes

View PC info
A shame that i "have to" play it now :D (as in "playing all HL parts again prior to Alyx")

I still got some issues like not being able to set graphics options in game (they work via the config file), seeing illumination-markers or occasional fps-drops or crashes. When i last played it years ago it was more polished i must say ^^
0 Likes

View PC info
I did a playthrough a while ago and it was good. I started another playthough and got halfway through a month ago or so and it's stupid good.

Hats off to Crowbar Collective, they really have been stepping their game up these last few years and going hard, and the story is a absolute legend. Love it.
1 Likes, Who?
While you're here, please consider supporting GamingOnLinux on: