Today, Valve announced that Dota Underlords will be leaving Early Access and officially releasing on February 25.

On top of that, the Underlord named Enno has officially joined the cast today. Enno is a ranged Underlord, who "leaps around the board poisoning enemies and generally wreaking havoc". Hold on a hot second, poison? Yup, that's in now too as a new status effect causing 15 physical damage per second and reduced healing—poison can stuck up to 5 times. 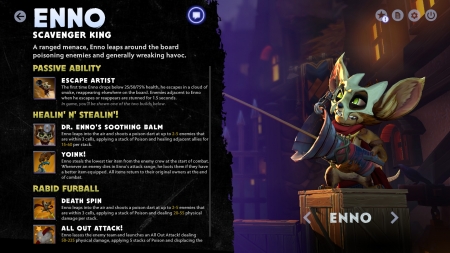 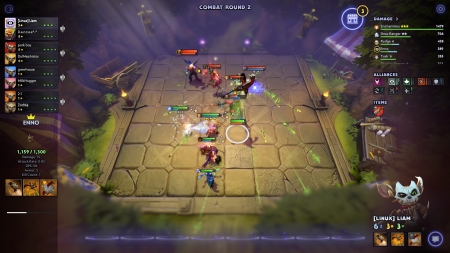 You can see the dedicated page for Enno here. I've had a quick game or two with Enno in Knockout, the short game mode that's good for a coffee-break and they're really fun! The board gets pretty crazy with them there, especially if your opponent also has them with poison flying everywhere.

As for the first Season which arrives on February 25, they're saying the team is "heads down adding features, creating content, and polishing UI" and it will include the "City Crawl, new rewards with a full Battlepass, and a new meta with a Hero / Item rotation". I'm still extremely curious how the City Crawl will work, and if you are too they've mentioned that the February issue of the PC Gamer magazine will have extra info.

It will be interesting to see how the release goes, considering the loss of players it's seen so far. For me, it's due to the constant change as all the systems have been built and settled in during Early Access, which won't be so drastic after the release.

Dota Underlords can be found free on Steam.

View PC info
I started playing this a week or so ago. I liked the tutorial because it paused between matches. Playing a regular bot match after that was so fast it was frustrating. Once I realized the speed requirements for decision making, I tried again and have done well against the bots now. It's fun, but it is slightly stressful fun. This is not a game that promotes deep thinking. It develops your brain into twitch thinking and probably depletes your attention span. For how complex the characters, abilities, items, and placement can be, I wish there was an option to play with a longer timer. Specifically in bot matches, it would also be nice to see a recap of what just happened in the last bout. Instead, you just *shrug* and forget it because you're going to face a different enemy next anyway.

The things I like are:
- The quick match is quick. You don't have to commit to even 30+ minutes.
- No deck building to manage outside of matches, so you aren't going to be squashed by an opponent who nailed a good deck build
- Characters (like cards) are a bit dynamic during the match

Maybe I just need to play a different card game in draft mode.