Pioneer, the classic open-source space sim has a big new release out

Inspired by the classic Frontier: Elite II, Pioneer is a free and open source space adventure sim. Open-ended exploration, allowing you to do whatever you want and there's a big release out now.

The first release in some time too, with the last being in February 2019. Yesterday's update brings in an initial implementation of atmospheric lift and drag, a manual player face generator, many UI improvements, star rendering optimisation, the ship warning system also now detects missiles, a music upgrade, it's now using SDL2's AudioDevice APIs to hopefully give less crashes, more station names added and more. 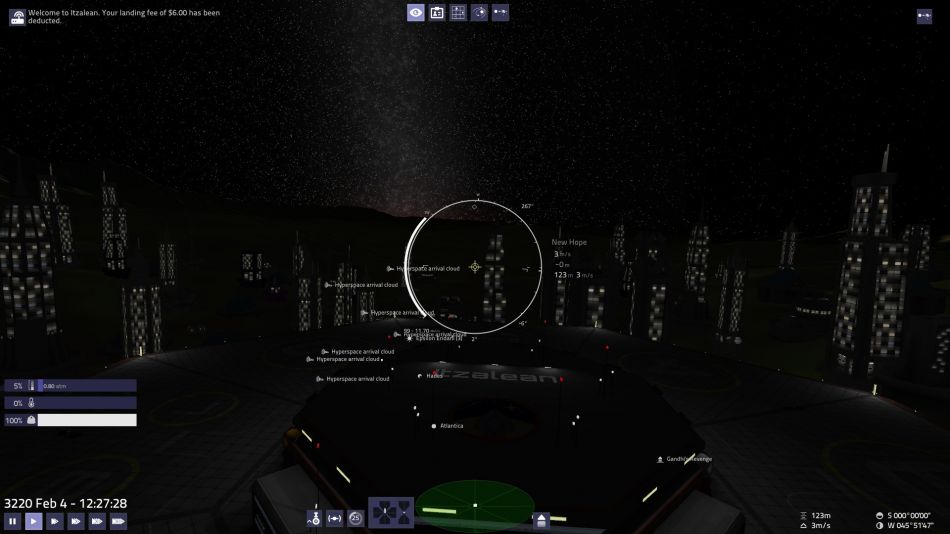 A good bunch of bug fixes also made it in so you should no longer get flickering ships in the Orbit View, flight UI direction and vector indicators got fixed, a memory-leak when saving was plugged-up so it's a little more reliable and multiple other crash fishes were solved.

Nice to see another free and open source game alive and well. Any of our readers play it?

See the official site and GitHub for more info. They haven't updated the links on the official site yet, the new release can be downloaded direct from the GitHub Release Page. If you're on Arch, there's a handy package you can get here.

View PC info
I play it from time to time, didn't try the last update yet. Last time i think was early 2019, probably taunt by the update at that time.

It's nice, but... Well, old. Systems are solid, but i don't feel attracted to visit or flight or much.
Things are not very attractive, visuals and sounds are quite poor and uninspired.

It's "just" a playable too old game, with an amazing scape.
1 Likes, Who?

Ah yes, that's very much what i wanted to say, my lack of english didn't find the right word.
0 Likes

Quoting: Patolaunevolved from the latest 20 years.

I think that's the problem with the Elite formula in general and E: D, at least how it was on release, is a prime example of that. For all its flash there was little substance compared to, let's say, the X series (if I remember correctly, the last game even had Space Legs!). Elite:Frontier blew me away as a kid, but it's far less impressive now that I understand better how the magic of fitting a galaxy on floppy disks works.

Reading their wiki gave me the Freelancer itch. I need to play that again.
0 Likes
While you're here, please consider supporting GamingOnLinux on: