Three years after the Kickstarter campaign, the great looking dark sci-fi action RPG Hellpoint from Cradle Games and tinyBuild is confirmed for launch with Linux support on April 16.

Hellpoint is an intense, dark sci-fi RPG set on a derelict space station orbiting an ominous supermassive black hole. Taking inspiration from games like Dark Souls and Dead Space and movies like Event Horizon and Hellraiser, Hellpoint is doubling down on co-op multiplayer (with both split-screen and online support) while immersing players in a twisted narrative involving Cosmic Gods, quantum physics, and extinct space civilizations. Sounds awesome, everything I want in a sci-fi game. 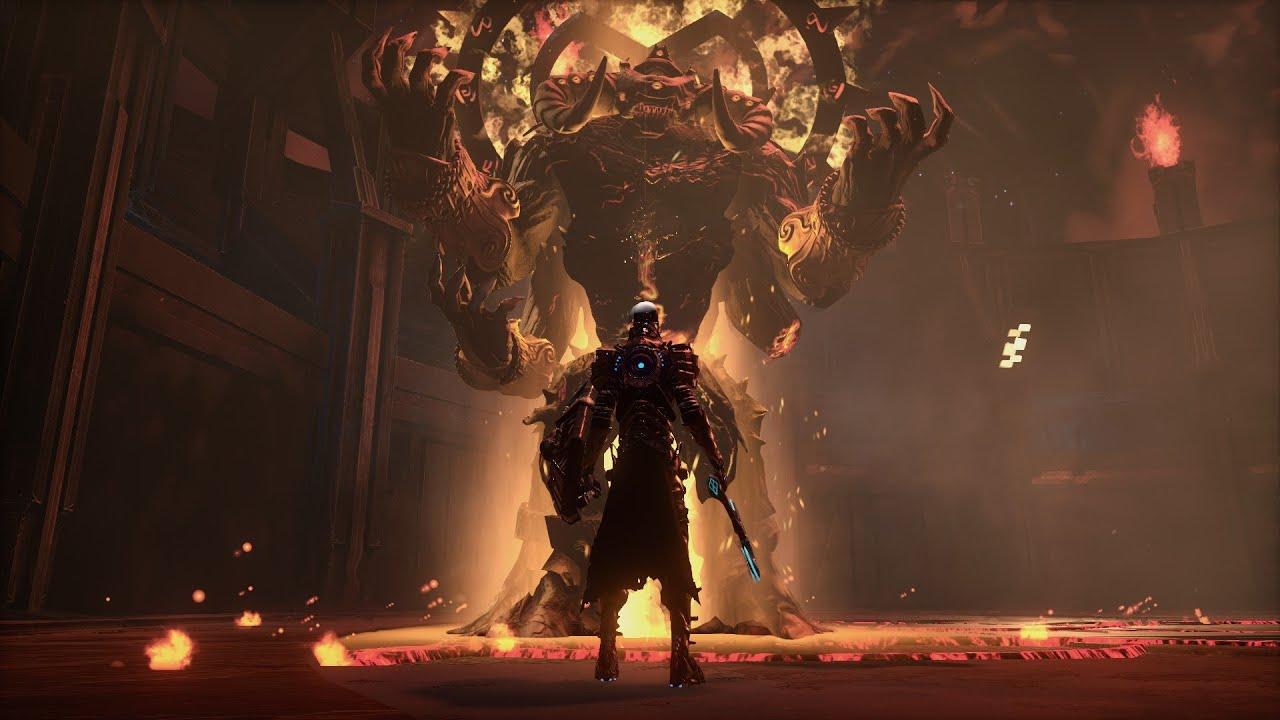 Nice to see a proper simultaneous release across Linux, macOS, Windows! Definitely going to be taking a good look at this, expect some thoughts up after release.

You can wishlist it now on Steam.

View PC info
Great news! I've been following this for a while. Gonna be a long wait to mid-April!
0 Likes

View PC info
It will be available on GOG too! I received an email about it as a backer but keep in mind:

QuoteSpecial note: to receive a GoG copy of the game, send an e-mail to admin@cradlegames.com and make a request. Please, keep in mind that GoG version will not support online features at launch, co-op multiplayer only.

The aesthetic is really cool, but man am I tired of Dark Souls games. I never got into this new 'genre' of action game. It's too bad, because all the Dark Souls clones have cool art design. Love to have this as a isometric Action RPG, or a Rune or Soul Reaver-like action-adventure game. Oh well...
0 Likes

Quoting: CyrilIt will be available on GOG too! I received an email about it as a backer but keep in mind:

QuoteSpecial note: to receive a GoG copy of the game, send an e-mail to admin@cradlegames.com and make a request. Please, keep in mind that GoG version will not support online features at launch, co-op multiplayer only.

Is it confirmed that the GOG version will include the Linux Version?

Stop it, you're scaring me!

Translation: Scary universe is here only to justify a poor game with 1/ narrow corridors, 2/ design with no color, 3/ weak animation of creatures and 4/ linear gameplay. That sort of game is onyl good to create a depressive mood :)
I'm no longer scary about dark and sudden cries for decades, since my ten year old in fact. Not my cup of tea
0 Likes

Quoting: Geppeto35I'm no longer scary about dark and sudden cries for decades, since my ten year old in fact. Not my cup of tea

I was so scared by Outlast, I stopped playing in the DLC.
1 Likes, Who?

View PC info
As a rule, I avoid games advertising themselves as "souls-like."

Boss battles that I can only win by first figuring out the boss's attack-pattern quickly bore me, and Dark Souls struck me as a game built almost exclusively out of this kind of boss battle.

The whole try & die, repeat ad nauseam mechanic simply tires me out. Its monotony and tedium far exceed any sense of accomplishment I get from beating the boss. I'm not saying it's bad or that those who enjoy this mechanic are somehow in the wrong, it just isn't what I want from my video games.

All that said, the term is "souls-like" and not "souls-clone," so I really should try the Hellpoint demo and see for myself.

BrazilianGamer 5 Feb, 2020
View PC info
Looking forward to playing it for sure
0 Likes
1/2»
While you're here, please consider supporting GamingOnLinux on: