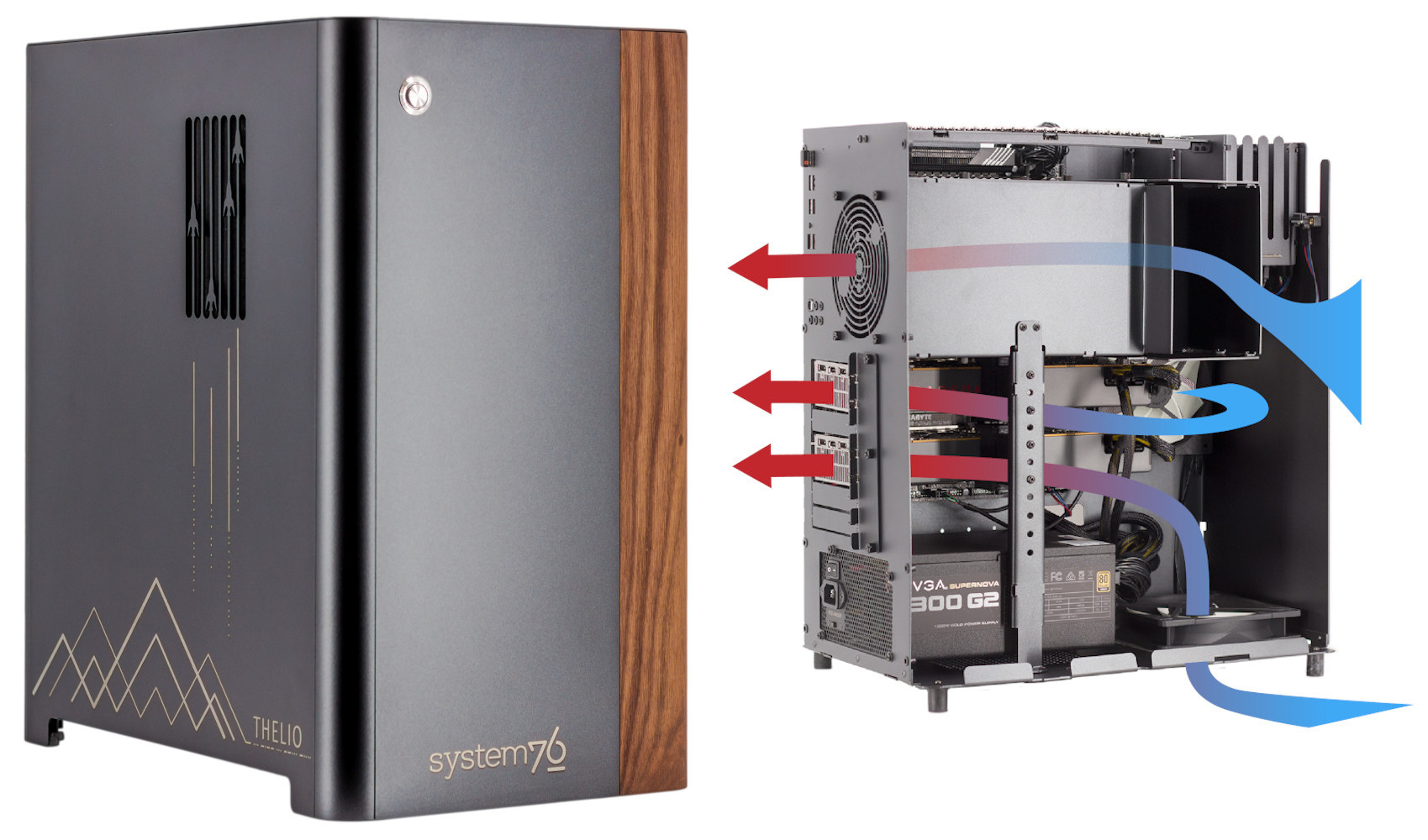 View PC info
Wow. Pricing is pretty competitive on the System76, all things considered. Would never be able to justify the cost for my use cases, but can't deny the temptation. Love the wood paneling look too :P

Quoting: speskWow. Pricing is pretty competitive on the System76, all things considered. Would never be able to justify the cost for my use cases, but can't deny the temptation. Love the wood paneling look too :P

View PC info
Pretty sure some of those PCs are worth more than my car :(
2 Likes, Who?

So as games tend to use very few cores (due to limitations in algorithms, hardware access, etc.) the single core performance is very important us (we're here for gaming, right?). Let's have a look what that might be (couldn't check my own CPU; tried to install the blender benchmark, but the download stalls somewhere in the middle :( ) :

I'd want that case though, but as it seems they're not selling it separately... And it's lacking some space for all my hard drives anyway...
0 Likes

QuoteHow many are used by a game? Not a lot, my 8 cores (+HT) have never been fully used by any game that I know/played.

Depends on the game. dxvk for example uses a percentage of all available cores for some tasks. So if something is CPU bound and can be parallelized, good games will parallelize it according to available hardware.

Games using a few cores is a thing of the past, before Vulkan was a thing. Single core performance is oversold, it doesn't matter as much as it did in the previous decade.

And you can say goodbye to Intel's high frequency of individual cores, once they'll switch to smaller node process. Physics will dictate such limitation. So get used to what AMD are already doing now, Intel will have no choice but to deal with the same reality.

All that said, I agree that Threadripper is surely an overkill for gaming. Get a recent Ryzen 9 if you want a high end CPU.