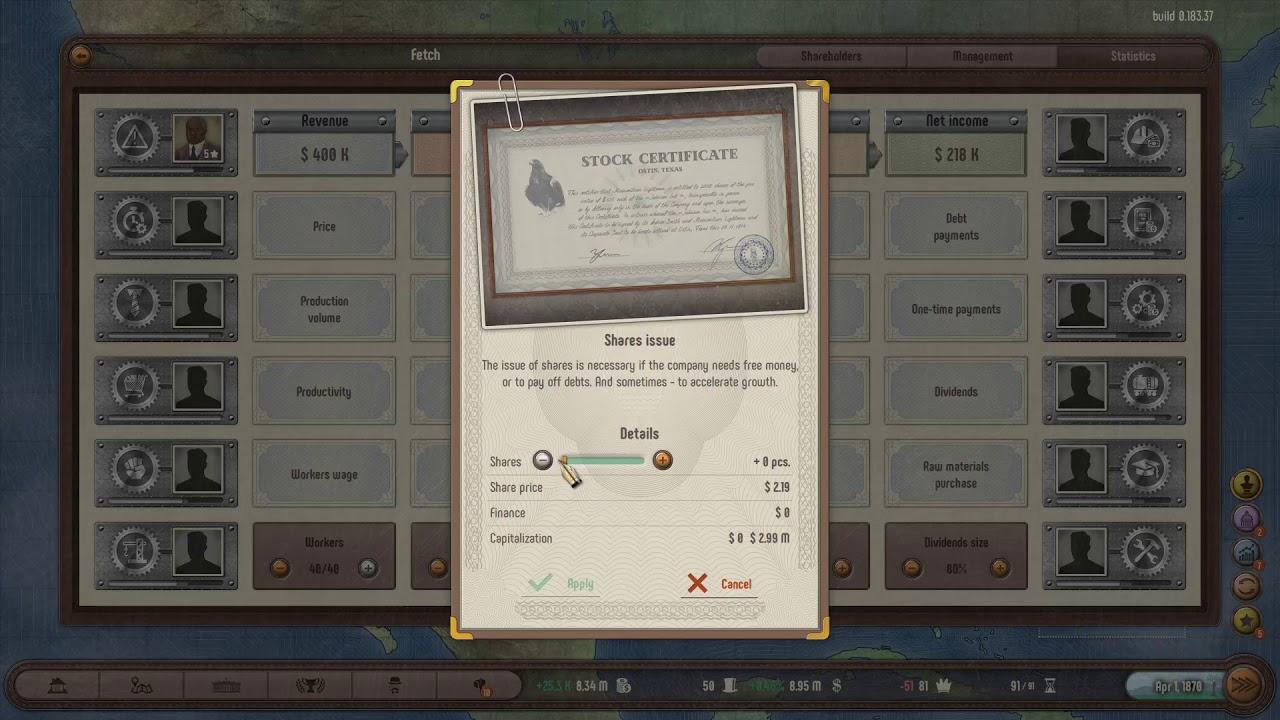 View PC info
this seams like my kind of game
0 Likes
Purple Library Guy 19 Feb, 2020
Seems interesting. I'd like to see how the lobbying and stuff works.
0 Likes
the3dfxdude 20 Feb, 2020
In game play it sounds like the Democracy game, but now instead of being president of a country, you are a CEO. That could make have an interesting perspective if politics is a main game play feature.

Since it was claiming to be a business simulator too, I looked for details on how it worked, but the trailer and site doesn't explain much. The site said something about having ways on automating the business so the game doesn't get bogged down. I'm wondering if they are inspired by political culture more than the business management side of things then. There is the game called Capitalism, that you really do get down to running a company in very fine details, and the interface has a great amount of polish that it all flows smoothly after running through the excellent tutorial. The game Capitalism 2 (Labs) is still getting updates today being originally released in 2001, so there is already a pretty large game in this genre. So it'd be interesting if Plutocracy is going to be a business sim when completed.
0 Likes
While you're here, please consider supporting GamingOnLinux on: