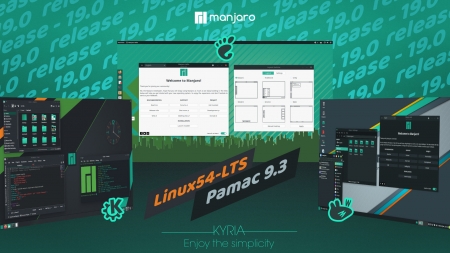 Janne 26 Feb, 2020
View PC info
I'm an old Ubuntu user, but I installed Manjaro Arm on my new PBP, and it has been a very pleasant experience. Can highly recommend it, and I might even try "regular" Manjaro on my desktop later on.
1 Likes, Who?

Gobo 26 Feb, 2020
View PC info
I downloaded the iso yesterday and had a look around in a VM.

Today I'm verifying backups and then I'll give it a try. But please stop me once I start saying "Btw: I use Arch".
3 Likes, Who?

Quoting: JanneSomebody else has at least briefly tested the updates before you get them. Reduces the chance of breakage.

Arch has a testing repo and its packages are tested. It's not unusual to wait several weeks between major kernel versions, for example. And Mesa 20 has not yet hit the main repos because it's still in testing.
2 Likes, Who?
1/2»
While you're here, please consider supporting GamingOnLinux on: