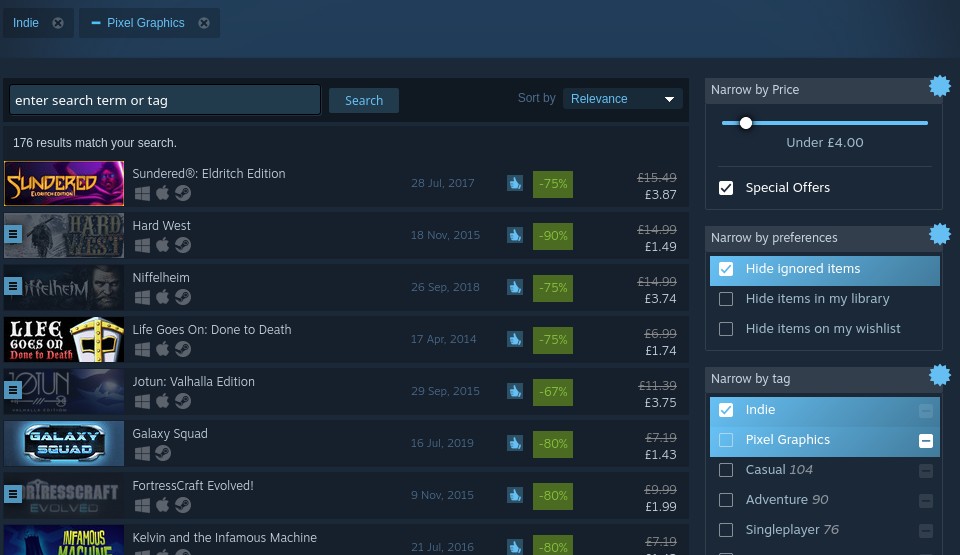 Eike 26 Feb, 2020
View PC info
Search is (for ages) broken for me in the Steam app on mobile. When i e.g. enter "hidden", it shows three games with the word in the title as popup. But when I do not choose one of those but press "search" instead, it shows the search filter "hiddden" on top - but the game list does not change, the first one still is CS:GO for example.

View PC info
That is the one lab feature I have been waiting for. Not sure what took them so long ;-)
0 Likes

RanceJustice 27 Feb, 2020
View PC info
This is certainly another step in the right direction and I'll have to take some time to test out the newer features.

Regardless, it is nice with this Search update / QOL to see Steam continuing to iterate upon new features that better the experience for the users ; a sharp contrast to many of the other storefronts/platforms/launchers that seem to operate as a fiefdom predicated on exclusivity and minimal actual features/improvements.
1 Likes, Who?
While you're here, please consider supporting GamingOnLinux on: