War, war never changes. Except when it's against a super smart AI that has you completely outgunned, and things just got a lot more interesting with AI War 2: The Spire Rises.

Arcen Games released their massive grand-scale strategy game AI War 2 in October last year and it was a lot of fun. Since then, they've continued improving the base game with constant updates. It has a Very Positive user rating on Steam and it's well deserved.

Now the main game is ready, they've released AI War 2: The Spire Rises. In addition to some new capturables, turrets, and other ships that are available in any game once this expansion is installed, there are two major new powerful factions. The Scourge is your greatest foe, the smartest and most dangerous sub-group of the AI providing new ways to attack you. The Fallen Spire is your greatest ally, providing you with unprecedented firepower. You can mix up your games with them having both, only one or neither with new game customization options, there's even the ability to make The Scourge your ally. 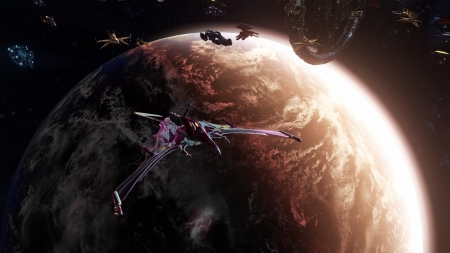 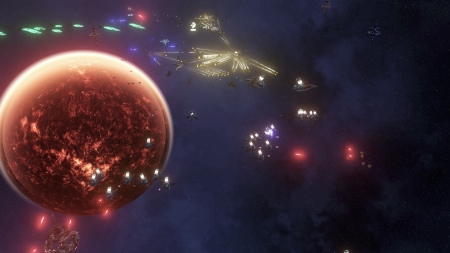 What else? Well quite a lot, from the details we got sent over there's also:

For everyone else who doesn't have the expansion, plenty of free updates went into the base game too like a major upgrade to the lighting and materials used to make the game prettier as a whole. The AI had some big upgrades making them scarier and so on.

Original AI War 2 release trailer if you missed it:

On the subject of free things coming, Arcen mentioned that multiplayer has not been forgotten and they've been planning for it since day 1. They're planning to support multiple methods for it including standard in-game networking based on Forge Remastered, Steam Networking and GOG Networking although that won't work on Linux due to no GOG Galaxy—but if GOG ever do it Arcen will support it for us too. All the rest are fine on Linux of course.

They also wish to do further updates and expansions, but at the moment "AI War 2 doesn't fully pay the bills" but it's "close" to that point and they hope it hits it. They also mentioned that "on Steam, back catalog sales drop by roughly half basically every year, which was income we used to rely on"—times are tough for a lot of developers so hopefully the expansion and eventual multiplayer bring AI War 2 back into the spotlight.

You can pick up AI War 2 and the expansion from Humble Store, GOG and Steam.