OBS Studio 25.0 RC1 is out to further enhance video livestreaming and recording

OBS Studio 25.0 RC1 has been released as the first step towards a new stable version, and it comes with some fancy new features for all platforms.

The go-to application for cross-platform video livestreaming and recording, OBS Studio really is an awesome bit of software. Many have taken notice, as they've been getting more sponsors recently like Facebook and also Twitch a few months before that.

With the release of OBS Studio 25.0 RC1, one of the missing pieces for Linux is finally in with the inclusion of the Browser source plugin. One less nuisance to get people up and running quickly, no more tracking down an extra to nicely capture browser windows. This is likely also another step towards getting all the service integration into the Linux client of OBS Studio. 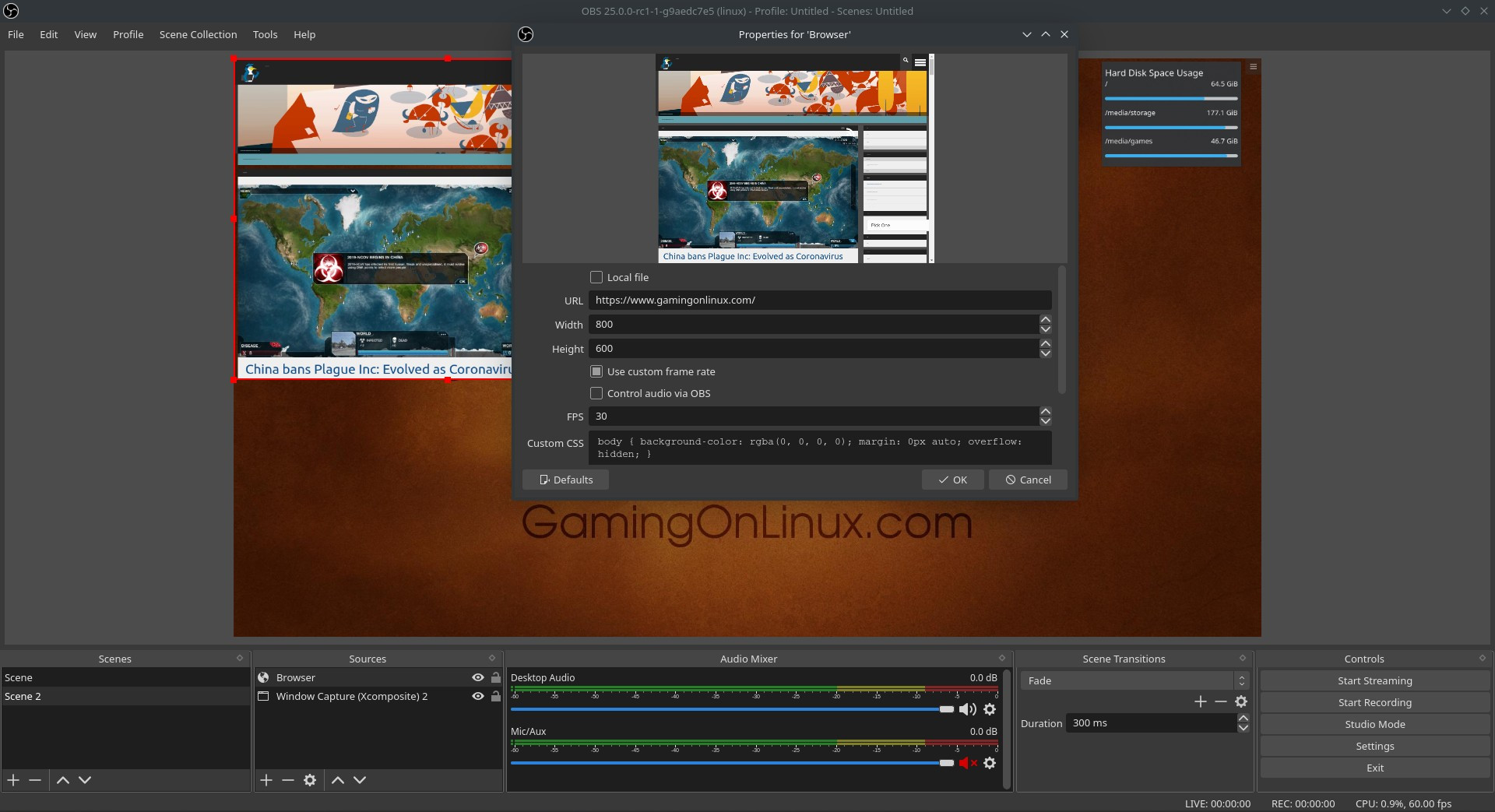 There's also now hotkeys added for controlling Media Source playback, video settings now shows aspect ratio of canvas and output resolutions, a system tray icon to show when the recording is paused, they added the ability to copy/paste multiple selected sources, support for certain devices that can automatically rotate their camera output such as the Logitech StreamCam and some other useful new additions.

For bug fixes, Linux also has an issue solved where it might crash with PulseAudio so it might be more stable to work with now. Some minor memory leaks were also solved, some performance improvements made it in, an issue with the preview not being fully disabled when minimized was solved and a few more bug fixes too.

One thing to note, is that they also added Vulkan support to Game Capture but do keep in mind that's for the Windows version (so don't get too excited seeing that) as Linux does not have game capture - instead we rely on Window Capture which captures Vulkan titles quite well already (although in a different way).

You can find the release announcement here.

Video capturing under linux + nvidia proprietary driver is a nightmare because:
1) Prop. driver doesn't support grabbing via dmabuf/kms
2) Proprietary solution, nvfbc, has been disabled intentionally and a binary patching is needed (for some reason, steam has the right to use it)

In the end, if gpu is under stress, video capturing and gameplay becomes very jerky.

obs does a good job by using xcomposite to do that (it seems there are no other tools that can do it, and it is faster than x11grab, but still inferior to kmsgrab), but then you need to select the window you want to capture, instead of the entire desktop; it may be useful or not really handy; depends on the use case of course.

elmapul 3 Mar, 2020
View PC info
"With the release of OBS Studio 25.0 RC1, one of the missing pieces for Linux is finally in with the inclusion of the Browser source plugin. "

great, it was an headeach to install it, and when i did, i figured out i had no use to it, that i couldnt already do by opening an browser...
but i think it will be usefull for others, so its good news, i just hope i didnt had wasted time on it, to not even use it, and if i had wait i wouldnt even need to waste time making it work.
0 Likes
While you're here, please consider supporting GamingOnLinux on: