Abandon Ship focuses on 'Age of Sail' ships in a Fantasy setting, with an art style inspired by classic Naval Oil Paintings and it is awesome when in motion.

"Discover a huge amount of unique, story-filled islands across diverse biomes and themed areas: Fight ghost ships in the Haunted Seas. Ward off giant arachnids in the Spider Islands. Regions filled with poisonous gas, icebergs, cannibals and much more await." 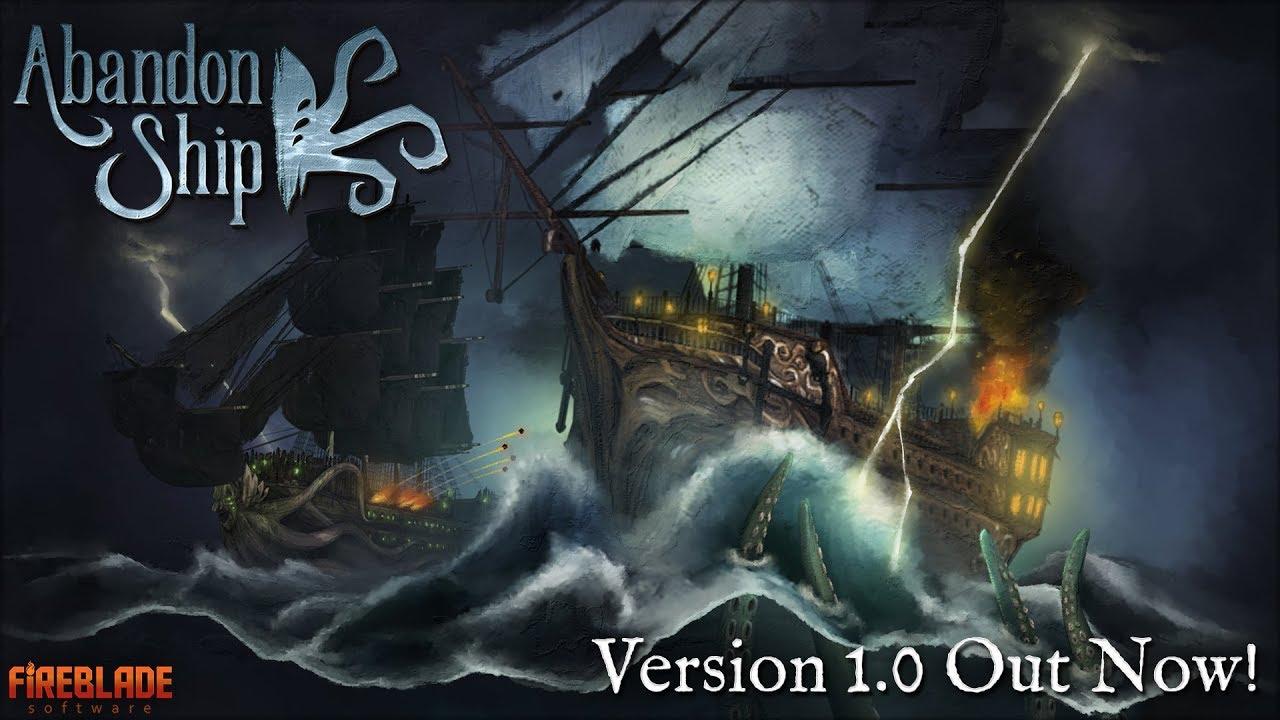 Released last year, just this last week it released on GOG as well.

A pretty good way to describe it would be like FTL, the way it feels is quite similar in some ways, especially during the combat. I genuinely think it's a good way to describe it although it's a lot longer, as the story can take tens of hours depending on how you play it. Battles are real-time, intense and when the weather starts battering your ship things can get quite heated.

So now you have a wider choice on where to pick it up. You can support DRM-free gaming on GOG.com plus Humble Store and Steam as before.

View PC info
Sadly, the ships look like abominations. That's not how ships in the "Age of Sails" look. Or work. (Yes, there's a connection to my wearing a Royal Navy Captains Undress Uniform, pattern 1795-1812 on my avatar picture).

This is how it should look:
http://www.loicderrien-illustration.com/jpg_marihisto/64canons-64guns_ship-of-the-line_vaisseau-de-ligne.jpg

- Tumblehome; it gets less wide towards the top. Needed, to place the upper guns more to the center of the ship.

- Also, ship gets tapered towards the back end. Incidentally, it's more round to the bow. Basically, it has the form of an elongated drop.

- Guns don't peak over the bulwark. They're below; the topmost thing is just a walkway for people, the main deck is below, it's open to the sky.

- Decks are more or less flush. Certainly not the absured proportions of fore- anmd aft-castles of late 16th century vessels. But IF, then they need to be very narrow. Yes, like this http://multifiles.pressherald.com/uploads/sites/4/2015/07/El-Galeon_22_high-res-Courtesy-of-Fundacion-Nao-Victoria-1024x681.jpg It's about stability, again, you want the weight with the most sideways leverage to be as close centered as possible.

And "fantasy" is never an excuse to ignore physics or good historical design; "fantasy" is only ever good if it adds, not if it subtracts.
4 Likes, Who?

Quoting: SeegrasAnd "fantasy" is never an excuse to ignore physics or good historical design; "fantasy" is only ever good if it adds, not if it subtracts.

The opposite is also true, realism is not a good guideline for a fun game.
3 Likes, Who?
While you're here, please consider supporting GamingOnLinux on: