Preview: Check out our footage from 'Resolutiion' - it's got some serious style

Resolutiion, currently in development by 'two angry German brothers' that make up Monolith of Minds recently had a press demo sent out so I took a look.

"Gather a weird collection of weapons and stories as you piece together the past in a fragmented future. Take on a multi-cultural-mashup of cynical gods, emotional machines, zealots, luddites and furry critters."

After playing it, I have a great many questions that need answers and I am thoroughly looking forward to the full game where some of that will hopefully be answered. Perhaps my biggest question right now is: where the hell did that giant kitty come from and why is it tunnelling through the desert? You can see the footage below, around 14 minutes from the Linux build: 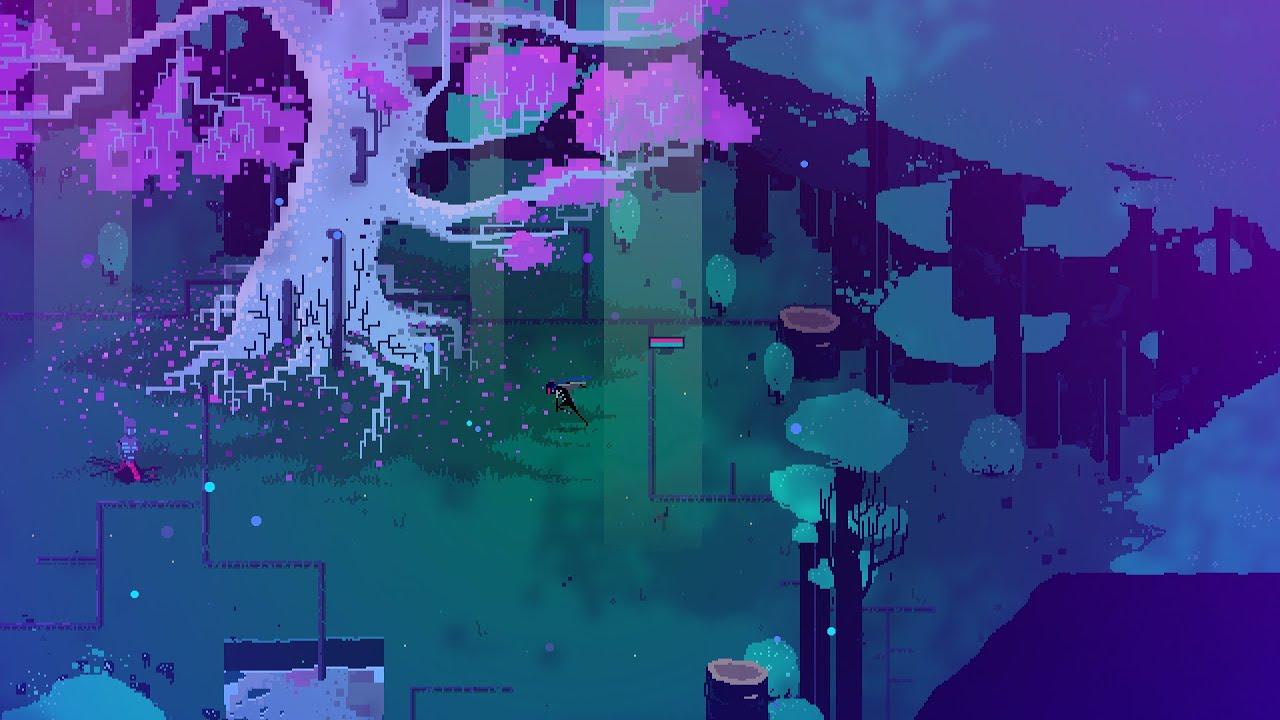 Getting a feel for the story in a short demo is quite difficult of course, and Resolutiion is something I will be taking a look at for the full release too but even in the slice we had available it left a lasting impression of needing to know more.

Quite clearly inspired by Hyper Light Drifter though, which wasn't even unique in any part of the gameplay, as it was itself inspired by a ton of other similar games but the graphical style set it apart. I don't want to detract from the hard work of Monolith of Minds, they're clearly talented and it does look incredible. However, I think that once Resolutiion releases, there's inevitably going to be a lot of comparisons to it. Going back and looking at Hyper Light Drifter and then to Resolutiion it all becomes a bit blurry on just how similar it is graphically speaking.

As long as the story is entirely unique (it certainly seems so), it should being able to firmly stand up as unique experience. Very impressive with super-smooth action at least, and an incredible style to it which is an absolute treat for the senses.

You can follow the developer on Twitter, where they've been showing off plenty of before and after shots from development. It's awesome being on the consumer side of the fence, when you get to see a little peek behind the scenes like this showing off the progress on it across five years:

Info: Resolutiion is being built with open source tools like Godot Engine, so it's going to be quite a nice showcase of how great games can be made with it.

Like what you see? You can wishlist and follow Resolutiion on Steam. No release date has been given other than this year. Once it has a date, we will let you know.

About the author - Liam Dawe
I am the owner of GamingOnLinux. After discovering Linux back in the days of Mandrake in 2003, I constantly came back to check on the progress of Linux until Ubuntu appeared on the scene and it helped me to really love it. You can reach me easily by emailing GamingOnLinux directly.
See more from me
Some you may have missed, popular articles from the last month:
The comments on this article are closed.
3 comments
no_information_here 13 Mar, 2020

QuoteGoing back and looking at Hyper Light Drifter and then to Resolutiion it all becomes a bit blurry on just how similar it is graphically speaking.

HLD was such a good game, they could essentially make HLD2 and that would be fine by me, as long as the the story and gameplay are great and can stand on their own. Bring on the "inspired by" games, if they aren't cheap clones.
0 Likes

View PC info
it looks so much juicier than HLD imo. instant buy from me on release.
0 Likes

View PC info
I'm hesitant; subjectively I don't think it looks as good as HLD, and the combat certainly doesn't seem as tight. That said, HLD is such a --QUERY COMPLIMENT-- fantastic game they could end up --PREWAR IDIOM--short of the mark and still create something lots of fun to play.
0 Likes
While you're here, please consider supporting GamingOnLinux on: