Car racing of a miniature sort with RC cars is what's on the track in PocketCars, and it just recently enabled Linux support in their Early Access release.

"PocketCars is a fast paced arcade combat-racing game, where you can drive remote controlled cars that speed through amazing tracks. From real-life obstacles to outstanding off-road abilities, maneuverability and boost capacity of the realistic looking vehicles, an amazing racing experience await for you."

Released on Steam in January, with a Linux version arriving earlier this month. Take a look at the trailer: 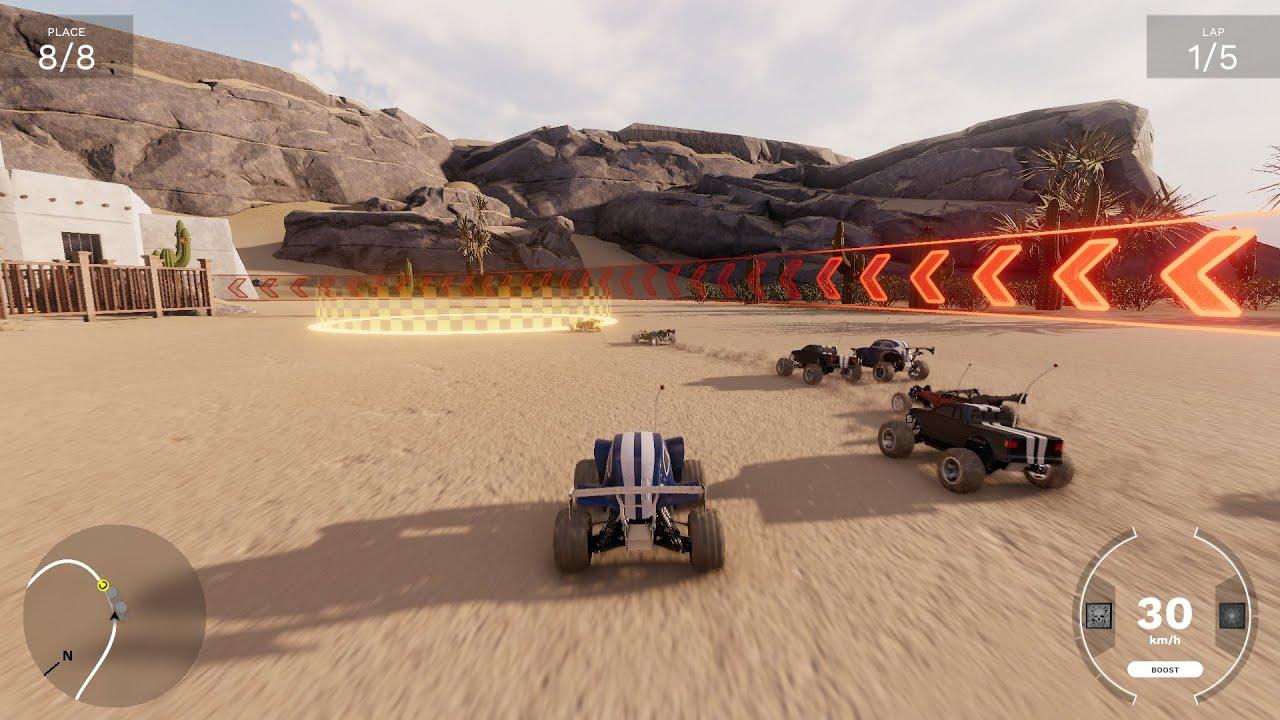 Eventually it will also be adding in split-screen multiplayer, online play and car customization. According to the developer, they plan to remain in Early Access for around a year so it should release in full early next year. As it stands right now, it does look like a lot of fun, so we'll hopefully be taking a look when it's further along especially when it gains some multiplayer support.

Check out PocketCars on Steam.

It looks almost like what SuperTuxKart aspires to be, but never quite reaches.
0 Likes

View PC info
I tried it on a few tracks, it’s quite fun already, and the weapons add some more fun to the races.

However the perf are bad on my machine.

I’m playing Wreckfest via Proton, and it’s both prettier and smoother with more detailed and simu.

I hope they improve that part later (soon).
0 Likes

Gobo 19 Mar, 2020
View PC info
Sadly it's missing the multi player modes that made Re-Volt our favorite game in between matches during shooter tournaments at LAN parties.
2 Likes, Who?

Quoting: TcheyHowever the perf are bad on my machine.
I’m playing Wreckfest via Proton, and it’s both prettier and smoother with more detailed and simu.

Yes, but that’s the issue. Wreckfest looks better and more complex, while at the same time, it runs better and it’s several years older. It should not be like that, at least not in my opinion of progress.

So, it seems that PocketCars needs a lot of optimization, but i’m not very confident, it’s Unity.
Anyway, i’ll test it later after several updates in a few months i suppose, and see how it goes then.
It doesn’t mean the game is bad in anyway (nor good), it’s only an engine feedback from a low-end PC owner.
1 Likes, Who?

View PC info
Yes, it does make me think of Re-Volt straight away, however I see a problem. The cars look like they act too heavy. Notice how they do not act like lightweight RC cars when they go over bumps and ramps. Real RC cars easily become airborne, which adds to the fun difficulty. If you hit a bump in the middle of a corner, you are going to soar a little bit off course. It does not look like that happens in this game.
1 Likes, Who?
While you're here, please consider supporting GamingOnLinux on: