Patch 1.80 (Version 8193.9) landed this week for the upgraded edition of this popular RPG, as Beamdog continue to refine the experience and support it well after release. One of the biggest changes this patch is related to performance, Beamdog said in some cases it's improved by up to "200%" and especially so on slower hardware. Optimizations were done across AI, Shadows, Textures and more. Other gameplay adjustments were also made like improved pathfinding around objects and they also said they fixed "Linux Steam CD key provisioning".

Many other areas of the game internals were also improved. The game now allows Weapons to have custom visual effects, the game now supports 50 more custom animation slots, big improvements to NWSync (the tool that gives clients downloaded content from servers) and various other bug fixes.

You can pick up Neverwinter Nights: Enhanced Edition on GOG (60% off) and Steam. 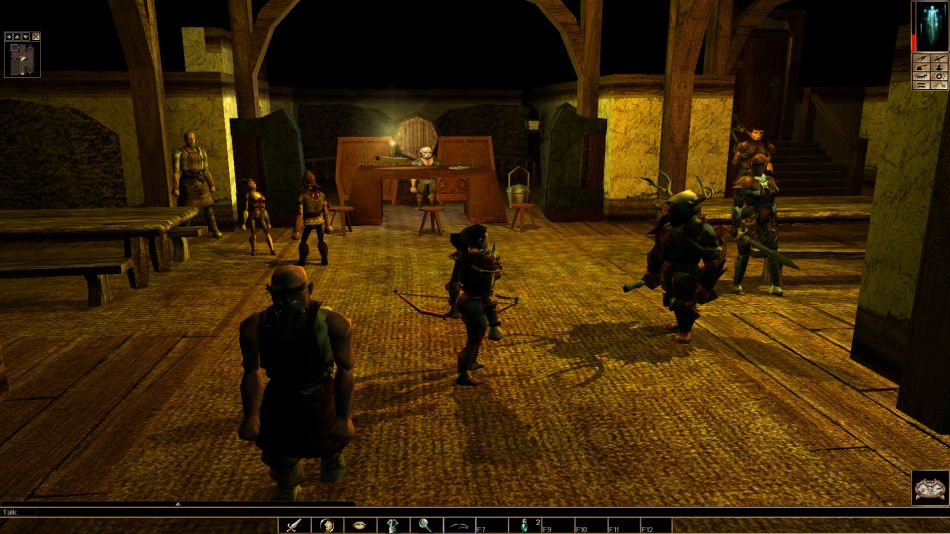 At release on March 24, Dark Dreams of Furiae will be on GOG and Steam.

I just launched the game to see what my settings were at. I play at 1080p. My UI scale is at 1x (surprisingly). But I knew I had changed something to fix the font a long time ago. Turns out it's inside Advanced Video options. You can enable high-resolution font. See if you don't already have that enabled. To me, the game text looks like a system font and not really a custom game font (the game log text, not in the menus).
0 Likes

Quoting: GuestNo, i don't need glasses, before you attempt to insult someone's vision

I have a mild case of myopia and I never wear my glasses because they give me a headache, and I projected my circumstances onto you, which I shouldn't have done. I apologize for giving you cause for offence, I should have given more thought before commenting on something that is considered a personal affront.

Quoting: GuestSure, if you are playing at 800x600 you won't notice a problem, because DUH at lower resolutions the font is LARGER, DUH!

Not in 800x600 fullscreen ratio, the font size and general UI is still set to 1920x1080 without scaling. Now, I am sitting at a distance where if I lean all the way forward and stretch out my arm, I can touch my second monitor, so I may be a fair bit closer to my monitor than you are (I wouldn't know how your setup looks, so I'm only suggesting maybe I'm not having any problems because I may be sitting too close to my monitor).

Yes, I said that wouldn't be of help to you, but I mentioned it in case it can be overridden in the .ini, which I don't know if it can, but it could be a possibility worth considering.
0 Likes

Quoting: PatolaIs this game still fun and playable nowadays? Can someone point me to a good playthrough of the game on youtube/bitchute/cos.tv that will give me a good overview of how it is actually played?

But don't think it's enhanced edition. Should still show you the gameplay though if that's what you're after.
0 Likes
While you're here, please consider supporting GamingOnLinux on: