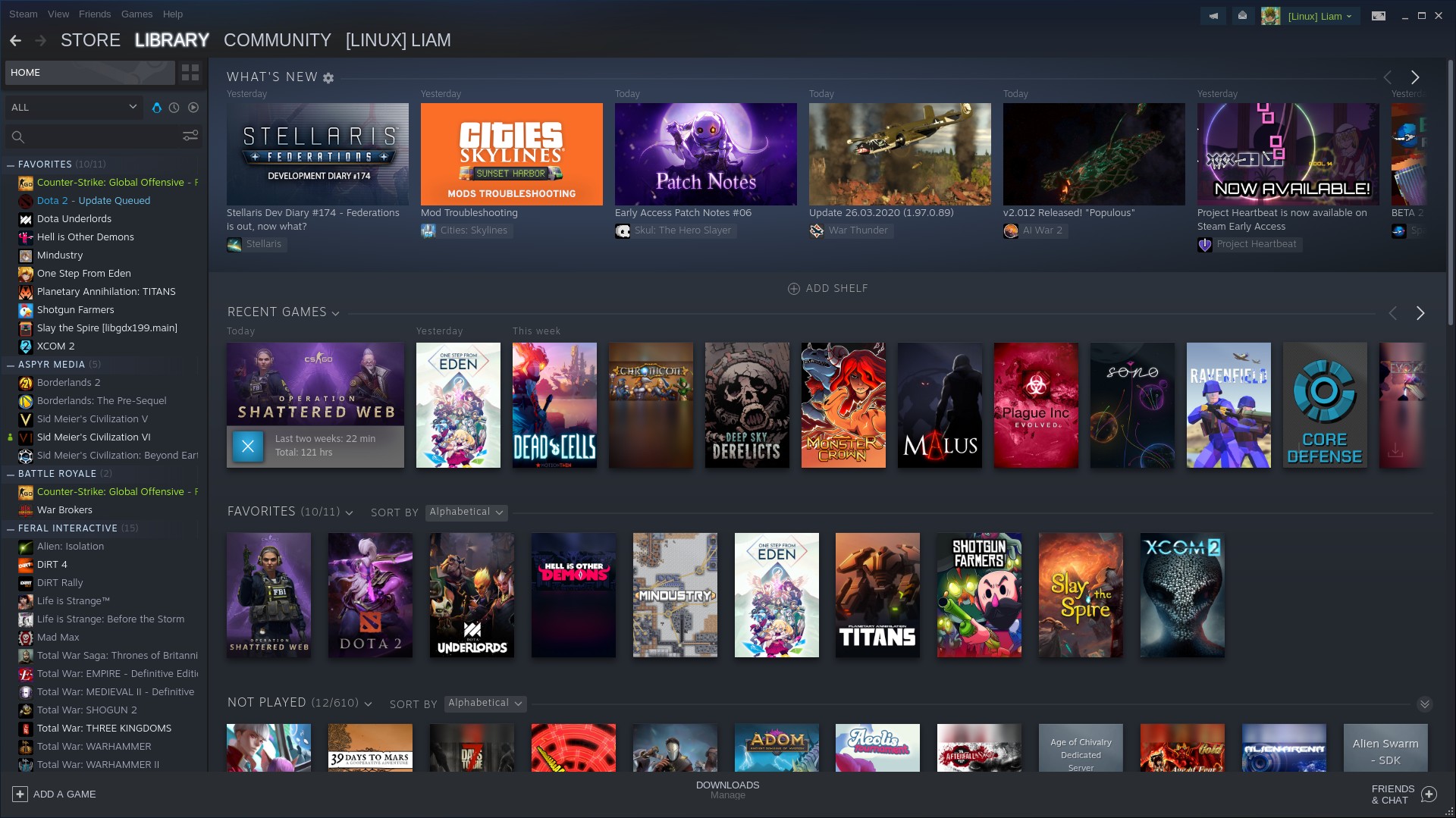 We do often include affiliate links to earn us some pennies. We are currently affiliated with GOG and Humble Store. See more here.
About the author - Liam Dawe
I am the owner of GamingOnLinux. After discovering Linux back in the days of Mandrake in 2003, I constantly came back to check on the progress of Linux until Ubuntu appeared on the scene and it helped me to really love it. You can reach me easily by emailing GamingOnLinux directly.
See more from me
Some you may have missed, popular articles from the last month:
The comments on this article are closed.
9 comments
toojays 27 Mar, 2020

Fingers crossed that among the remote play bugfixes is some relief for issue 6804, where the client intermittently (but more often than not) does not allow streaming Proton games.
0 Likes

View PC info
Too bad they didn't solve the annoying screensaver issue yet. It's been almost 2 years :(
0 Likes
gustavoyaraujo 27 Mar, 2020

Quoting: PinguinoThis sounds exciting, but I'm still waiting for the update that makes SteamPlay Together work for me. I've tried different games with different set of friends at different points in time and so far it's been an embarassing experience involving no actual gaming whatsoever.

I tried it with a friend for the first time last weekend. I won't say there was no gaming; as long as I didn't want to move left or right (gamepad), it was fine, with surprisingly little lag. Mind you, the audio sounded like a bowl of Rice Krispies with a stammer. Definitely needs work.
1 Likes, Who?

kaktuspalme 27 Mar, 2020
View PC info
I hope the new SteamOS will be released together with a console like pc. But I think it's better to do that when Proton is in a even better shape.
2 Likes, Who?

Quoting: GuestAnd there would be no gol.com!

I know you're joking, but GOL did exist before Valve first launched Steam on Linux. And people were happily using Linux way before that. Valve has been great for us Linux gamers, but let's not get carried away. :)
6 Likes, Who?

Quoting: GuestThis is my recommendation: We should blow up the liberty statue in NY and replace it with Gabe's golden Statue!what an excellent idea!^_^

Give me your tired, your poor, your huddled masses yearning to game free, the wretched refuse of your Windows shore . . .
2 Likes, Who?
While you're here, please consider supporting GamingOnLinux on: