Prepare your space legs for X4: Split Vendetta and the massive 3.0 free update

Egosoft continue to polish up their ridiculously massive, incredibly ambitious and rather good looking space sim with the release of X4: Split Vendetta and the massive 3.0 free update.

Check out their impressive release trailer below: 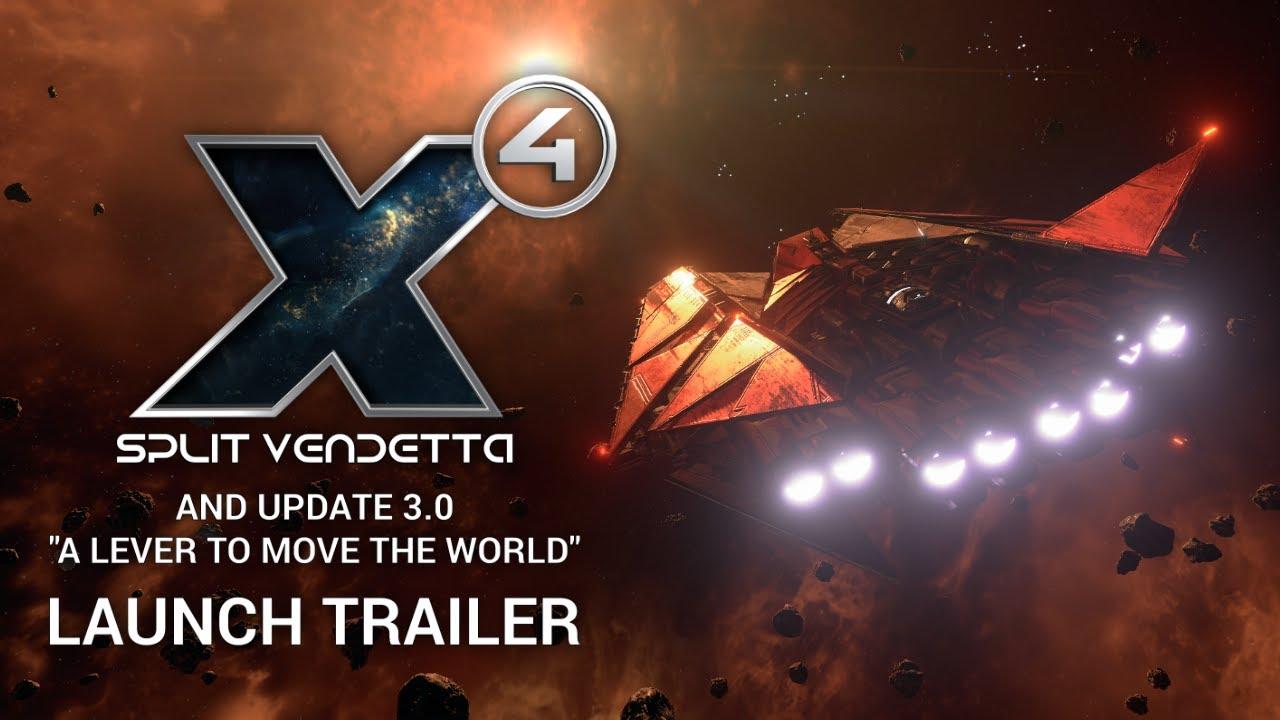 This is, without a doubt, the biggest update to the game yet and shows how completely committed Egosoft are to creating the best possible space game they can. Their effort is showing too, as X4: Foundations really has come a long way. I've spoken to quite a few people who are regular players of X4, since I only dabble in it here and there myself and they've all said along the same lines that it's a huge improvement.

It is an incredibly impressive game, even with the rough edges here and there. It often looks completely gorgeous too, and the action when you get into a fight is extremely intense during some of the bigger battles. Everything outside of that too with all the exploration, trading and more. It's just massive.

You can grab X4: Foundations and the DLC from Humble Store, GOG and Steam.

View PC info
Ordered my HOTAS a few days ago.
Time to wait...
2 Likes, Who?

einherjar 1 Apr, 2020
I play X4 since Dec 19 and I like it a lot.
It gets better and better. One of the best native Linux games IMHO. I have not bought Vendetta yet. But the base game is great and on sale on Steam ;-)
I will buy Vendetta in the next days.
2 Likes, Who?

View PC info
They have their own engine and are using Vulkan by the way.
6 Likes, Who?

View PC info
It's an expansion with a major version update for the base game, which includes bug fixes and etc.
0 Likes

View PC info
Some people say that you need to be online and create an account in order to upgrade your ship. Is that still a thing?
0 Likes

Quoting: gojulI own all the X- games but not this one. Don't trust them anymore, but well, if I see more and more good reviews why not...

I suppose this is the time to start over and replay this from the beginning!
2 Likes, Who?

Quoting: devlandSome people say that you need to be online and create an account in order to upgrade your ship. Is that still a thing?

Not entirely true, no. AFAIK, upgrading a ship was never tied to on-line status. That is so since version 2.50 (initial release), dunno for the earlier beta-versions.

EgoSoft account and Steam DRM connection were still needed for certain things: obtaining some on-line exclusive paintjobs for ships (purely aesthetic) or unlocking alternative gamestarts (done via checking for certain achievement on Steam). This means GOG users were out of luck with the gamestarts (at least up to 2.60HF2).

Regardless, none of the above prevents meaningful ship upgrades (changing of equipment etc.).


Quoting: gojulI own all the X- games but not this one.

In other words, you don't own all the X-games.

Quoting: PatolaYou can earn every prize through regular missions.

Not true. As I wrote above, some paintjobs are on-line exclusive.

View PC info
Wow. It's really smooth now. Ship AI seems better too. I wonder if it's good enough for them to turn collision damage back on.
2 Likes, Who?
1/5»
While you're here, please consider supporting GamingOnLinux on: