Jumpala is a very unique take on competitive multiplayer platforming, I've had a huge amount of fun with it and now it's getting close to a Steam release.

Currently available on itch.io with full local multiplayer, AI bots and online play there's already a lot to like about it. Not just because of that though, the whole idea is quite brilliant. It's all about strategy, super-powers and trying to screw with your opponent. You jump across small platforms, turning them into your colour and when they drop off the screen as it scrolls upwards the last colour on it gets the point.

To show it off a bit, the developer created a new trailer too: 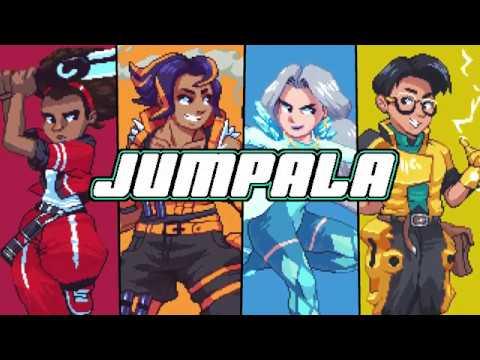 You can also see some of our own footage in the previous article.

I will be surprised if Jumpala isn't a hit, it has everything I would expect to reach a wide audience. It's easy to get into, has fun characters, a good design and most importantly it's really fun.

So now you can wishlist/follow on Steam for the upcoming Early Access release, or pick it up right now on itch.io.