On a budget? Good news for you, as AMD are expanding their third-gen Ryzen processor list with the Ryzen 3 3100 and Ryzen 3 3300X. Announced today, they might be aimed at the budget market but they still look to pack a good punch.

Both are expected to launch in May 2020.

Additionally, AMD also announced the B550 chipset for the AM4 socket. What looks to be the cheapest chipset with compatibility for PCIe 4.0. AMD said they expected motherboards to ship with the B550 chipset from June 16 onwards. 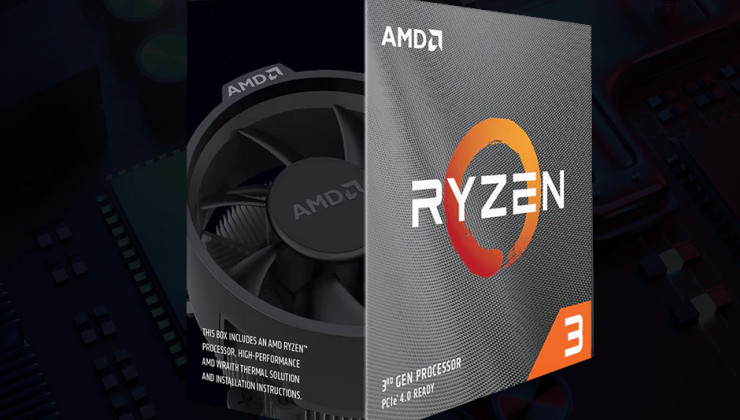 "Games and applications are becoming more and more demanding, and with this, users are demanding more from their PCs," said Saeid Moshkelani, senior vice president and general manager, client business unit. "AMD is committed to providing solutions that meet and exceed those demands for all levels of computing. With the addition of these new Ryzen 3 desktop processors we are continuing this commitment with our mainstream gaming customers. We’ve taken performance up a level, doubling the processing threads of our Ryzen 3 processors to propel gaming and multitasking experiences to new heights."

Certainly no shortage of choice on good desktop processors now. Are looking to build a new PC, what processor will you be looking at?


Quoting: Guestmost games, at least on Linux, don't really use more than 4 cores

I would say the opposite. The newest games I've played recently seem to be very good at multi-threading - Shadow of the TR, Doom Eternal, Wolfenstein 2, Resident Evil 3...
1 Likes, Who?

QuoteWhat looks to be the cheapest chipset with compatibility for PCIe 4.0. AMD

Whoa, nice, didn't know about this, that's cool! I decided to look into this more and found tihs article: https://www.tomshardware.com/news/asus-b450-x470-motherboards-pcie-4.0-support,39859.html

Unfortunately for me, the Asus ROG Strix B450-I Gaming board I use for HTPC does not support PCIE4.
1 Likes, Who?

Quoting: ageresRyzen 5 2600 is better but has the same price.


Quoting: Guestmost games, at least on Linux, don't really use more than 4 cores

I would say the opposite. The newest games I've played recently seem to be very good at multi-threading - Shadow of the TR, Doom Eternal, Wolfenstein 2, Resident Evil 3...

Don't take that for granted, but I think that many actual games are targeting 4 cores CPUs, but that doesn't make these Ryzens future proof. This said, it's my impression from info I found here and there, it might already be outdated and there are probably others, in this forum, that are in a much better situation than me to comfirm that.

Here is an exemple of what I'm referring to:

You may have more than 4 cores, but there is not much gain from that... For the moment. I'm quite sure that if/when 8 cores become the mainstream solution and with Vulkan :) and DX12

adoption, developers will find a way of taping in that potential.

armageddon51 21 Apr, 2020
View PC info
Cpu L caches also have a big impact on performance. One may argue that the additional caches are for the 3600 two extra cores but the processor is pretty smart in allocating caches to different processes. Currently the 2600 is $174 at Newegg. It is a though choice but the pricing of the 3300X at $120 is pretty much on the spot.


who would be able to buy at those prices?? with supplies chains collapsing, prices have skyrocketed, for example it's practically imposible to find NAVI cards at MSRP.
sorry not trying to be negative or cause panic, it is what it is.

(I don't know maybe in the US you have better luck)

View PC info
This will be a really great upgrade path for someone that needs a nice budget build. Came a little too late for me though. I already bought a Ryzen 3600 and a B450 motherboard. Supposedly they will be releasing Ryzen 4000 series toward the end of this year.

We can easily get CPU's at MSRP.

Quoting: MohandevirHere is an exemple of what I'm referring to:

What about games those aren't 5 years old?
0 Likes

Quoting: MohandevirHere is an exemple of what I'm referring to:

What about games those aren't 5 years old?

Doom Eternal seems to be taking advantage of more cores:

But still it can perform well on 2 cores/4threads when paired with a good gpu, as noted by the author.

It seems to be a per game thing.

Looking forward to the cpu scaling of Metro: Exodus with my Ryzen 5 3600.