Star Labs, a small Linux vendor from the UK has teamed up with Manjaro Linux to offer Manjaro as an option on their custom Linux laptops. Announced today previously you could get Ubuntu, Linux Mint or Zorin OS but now your choice will include Manjaro too.

Unlike some other hardware vendors, Star Labs are not using generic Clevo casing and hardware. They originally did when first starting out years ago but nowadays they actually make their own. What they offer do look and sound great too. It's really awesome to see more Linux-focused hardware vendors.

What's also great, is that they're not focused on the top-end hardware that costs a small fortune. Instead they have the sweet little Star Lite Mk II with a 11-inch IPS display, with an Intel Pentium N4200 processor and Intel HD 505 Graphics, a very speedy 240GB SSD and 8GB RAM starting at £399: 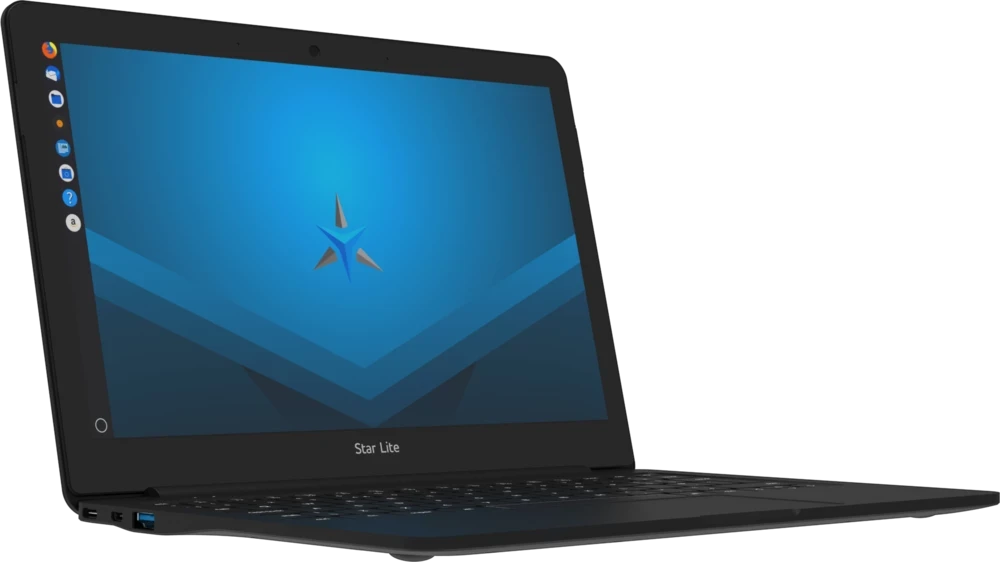 On the higher end they also have the Star LabTop Mk III, which is quite a sleek looking 13-inch IPS screen model starting at £707 that comes with an Intel Core i7-8550u and Intel UHD Graphics 620, a speedy 240GB SSD, 8GB RAM. Both systems claim to offer about 7 hours battery life too.

Both systems do look quite nice and now with more Linux distribution options on, perhaps they might see a few more sales. They do have a 10% discount going right now on the Star Lite until May 8.

See more on their official site. You can see a comparison on both models here.

View PC info
I hope this company continues to grow and release new products. If the Lite had a lower-end Ryzen chip and supported NVMe drives (I don't know that it doesn't) I'd be all over it.

I hope Google is still working towards getting coreboot working for their Ryzen-based chromebooks as that may be the catalyst needed to start seeing Ryzen-based premium Linux offerings.

Quoting: drlambI hope Google is still working towards getting coreboot working for their Ryzen-based chromebooks as that may be the catalyst needed to start seeing Ryzen-based premium Linux offerings.

Do Star Labs use coreboot? I don't see any mention of it anywhere on their site... Would make sense if they did if they manufacture their own hardware. Ryzen notebook with coreboot would be sweet, I'd definitely look into getting one :)
0 Likes

Quoting: scratchiDo Star Labs use coreboot? I don't see any mention of it anywhere on their site...

I don't believe so. I was moreso hoping that if coreboot support for Ryzen matures we might start seeing Ryzen chips being offered by the likes of Purism or System76.
0 Likes

Quoting: HoriAnd I'm still waiting for a good Linux ARM-based laptop... but at this point I'm starting to think Linux is gonna be late to that party also, and Windows will dominate it as usual.

I've been using my Pinebook Pro with an NVMe drive for months now. I believe that goal has been achieved. Mainline kernel support now too...
1 Likes, Who?

einherjar 5 May, 2020
Very interesting news!
That is really nice.

Quoting: drlambI hope this company continues to grow and release new products. If the Lite had a lower-end Ryzen chip and supported NVMe drives (I don't know that it doesn't) I'd be all over it.
...

What exactly is wrong with the used Intel CPU?
0 Likes

View PC info
8GB of RAM is quite low nowadays, but the Star LabTop Mk III is pretty.
0 Likes

View PC info
sigh intel cpu again, why do so many oem still have intel as on option.....at least nowdays when they are years behind AMD (and more expensive), plus all their security problems don't really help either (which can be fixed afterwards...but with performance looses)
2 Likes, Who?

View PC info
I really like the design and love the simplicity, but i'm an AMD guy as well..., if it had a Ryzen APU it would have been an instant buy.

View PC info
The CPU power on the N4200 is not bad but the GPU is weak, if it came with an AMD APU I would have highly considered getting one.

I wonder if those laptops also come with upgradable ram. Soldered on has been a real show stopper for me, I can't find a decent 11" with sodimm these days.
1 Likes, Who?
1/2»
While you're here, please consider supporting GamingOnLinux on: