Today the hackers over at Collabora announced the release of xrdesktop 0.14, a Valve Software sponsored effort to bring Linux desktops into the VR world.

xrdesktop enables traditional Linux window managers to be aware of VR, and it is then able to use VR runtimes to render your traditional windows into a 3D space giving you the ability to interact with them using VR controllers. It's seriously cool! With the latest release of the open source project, there's plenty new.

The biggest change comes with xrdesktop now able to run on XR runtimes with the OpenXR API enables the use of a runtime like Monado which Collabora also develop. It also now supports OpenVR 1.11 which they say provides full support for the latest SteamVR. Additionally they added what they call "scene mode" which is where "xrdesktop renders the full environment in our internal Vulkan renderer, in addition to the existing overlay mode" and there's plenty more in their release notes.

Want to see a demo? You're in luck! They showed off a short clip of xrdesktop running on the Monado runtime with the Valve Index and Index controllers on an experimental libsurvive branch: 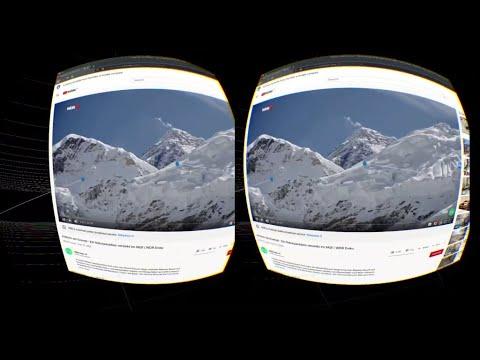 How seriously cool is that! If this continues expanding, it could end up being the ultimate way to use Linux in VR. Still, early days yet but tech like this sure is exciting. Uses like this can help VR and Linux adoption too. Stellar work from the folks at Collabora.

View PC info
Might have to give this a spin my self.
Reminds me of this project I tried a few weeks ago that does about the same thing. https://github.com/SimulaVR/Simula
Cool stuff!
5 Likes, Who?

And Liam, bro, we gotta make a gofundme or something and get you a Index set, we need you on the VR ball!
6 Likes, Who?

elmapul 9 May, 2020
View PC info
that is great, but i wish valve purchase something like VRChat and port it to linux, in the end of the day, "content is king", VRchat for example is becoming an machine to make memes (and the internet is moved by memes, so the linux adoption will be greatly hurt if we cant have things like this) And VRChat also sounds like an fun place to be in.

i wonder how it is to launch and quit VR Aplications/games from an VR desktop enviroment.
0 Likes

View PC info
It's a bit unstable for me on Ubuntu 20.04, but once I had the windows set up and didn't touch them anymore it worked.
I used it yesterday during Synth Riders to have the stream chat in VR via the native Restream Chat app, it supports transparancy so it was a nice integration. Only Beat Saber has a plugin to display the chat in VR so far (afaik), so for all other VR games I would need an alternative. I've been using beniwtv's vr streaming overlay, unfortunatly it causes FPS drops since a while.
1 Likes, Who?

Quoting: PatolaNice. What other VR software do you use? Do you know anything that can get input from the VR controllers to e.g. create screenshots?

I also have OVR Advanced Settings installed, and autostarted with VR. There you can rebind any button to whatever you want. I thought though there is alreay a keybinding for screensots... but with the rebindings, you can assign that to any button you want I guess (I haven't rebound anything yet).
1 Likes, Who?