Just like Unitystation, Space Station 14 is another game attempting to revive the classic RPG Space Station 13 with cross-platform support on a more modern platform. Not just a remake though as SS14 will be including more advanced graphical features too.

If you've never heard of it, here's a quick refresher. Space Station 13 is an online RPG made on the BYOND gaming platform. Set on a space station where things tend to go wrong, and often quite quickly with players all taking on different roles. Some try to keep it going, others are out to sabotage, there's random disasters and all sorts of modes.

Space Station 14 is a free and open source remake and a continuation of an earlier attempt. Unlike Unitystation though, Space Station 14 doesn't require contributors to use a proprietary game engine (Unity) making it much more open. 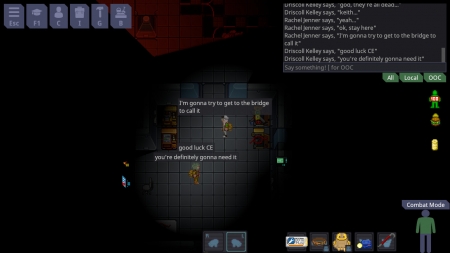 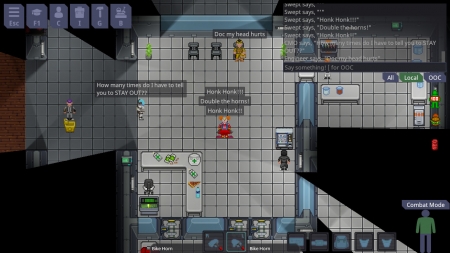 It was designed to be extensible too, so you will be able to run your own servers that can change whatever rules you want to provide different experiences and settings. It seems people who ran game servers for SS13 will be porting over to SS14 too, including a popular Colonial Marines mode as they announced in a blog post earlier this year.

You can see it on GitHub and they're planning a Steam release with a store page that's now online for you to follow along. The Steam release will continue to be free to play.

View PC info
For those who don't know what Space Station 13 is, Sseth has got you covered:
https://www.youtube.com/watch?v=URJ_qSXruW0

Quoting: TheSHEEEP@Liam: The images in the article don't load for me.

Not sure what happened there, have fixed it.
0 Likes

View PC info
Greetings, I'm one of the coders of Space Station 14!

Many of our contributors use a Linux distro as their main OS (myself included!) but sadly, Space Station 13 is one of those games that does not run very well on Wine partially due to how much BYOND depends on Internet Explorer. Because of that, we want to develop for and be able to play Space Station 14 on Linux natively.
Both our engine backend, RobustToolbox, and Space Station 14 itself are FOSS, so anyone can contribute!
4 Likes, Who?
Sergey 11 May, 2020
I register on CC-SS13 Forums and don't understand how to download colonial marines is it rogue like or mmorpg like with online server, even don't confirm forum account registration but there is IP verification option still here. But no downloads section whatsoever.
0 Likes

Quoting: SergeyI register on CC-SS13 Forums and don't understand how to download colonial marines is it rogue like or mmorpg like with online server, even don't confirm forum account registration but there is IP verification option still here. But no downloads section whatsoever.

You need to download and install a program called BYOND to play on any SS13 servers.
0 Likes

Quoting: TheSHEEEPFor those who don't know what Space Station 13 is, Sseth has got you covered:
https://www.youtube.com/watch?v=URJ_qSXruW0

Hey hey people
1 Likes, Who?
While you're here, please consider supporting GamingOnLinux on: