Paradox Interactive and Paradox Development Studio today announced that desktop monarchs will be able to attempt to claim vast lands in Crusader Kings III on September 1. A sequel to one of the most popular PC strategy games, it sounds like it's absolutely rammed full of content. With lots of game mechanics expanded from CKII.

This historical strategy game is directly inspired by past events including great holy wars, peasant revolts, cadet branches of dynasties, heretics, superstition, castles, knights and wars over inheritance. Check out the brand new story trailer below: 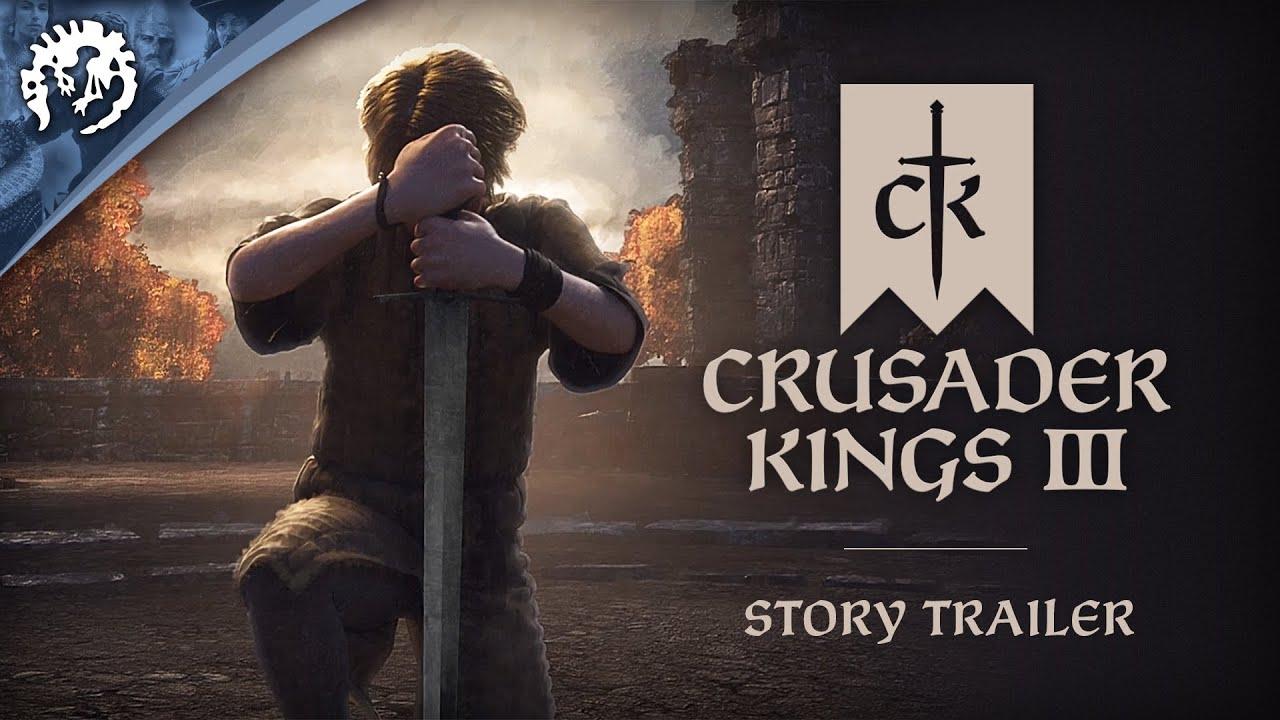 Some of the features to expect from it:

Additionally, Paradox today also put up a new gameplay teaser. It's not long at under a minute but it's hard not to be excited about what's to come: 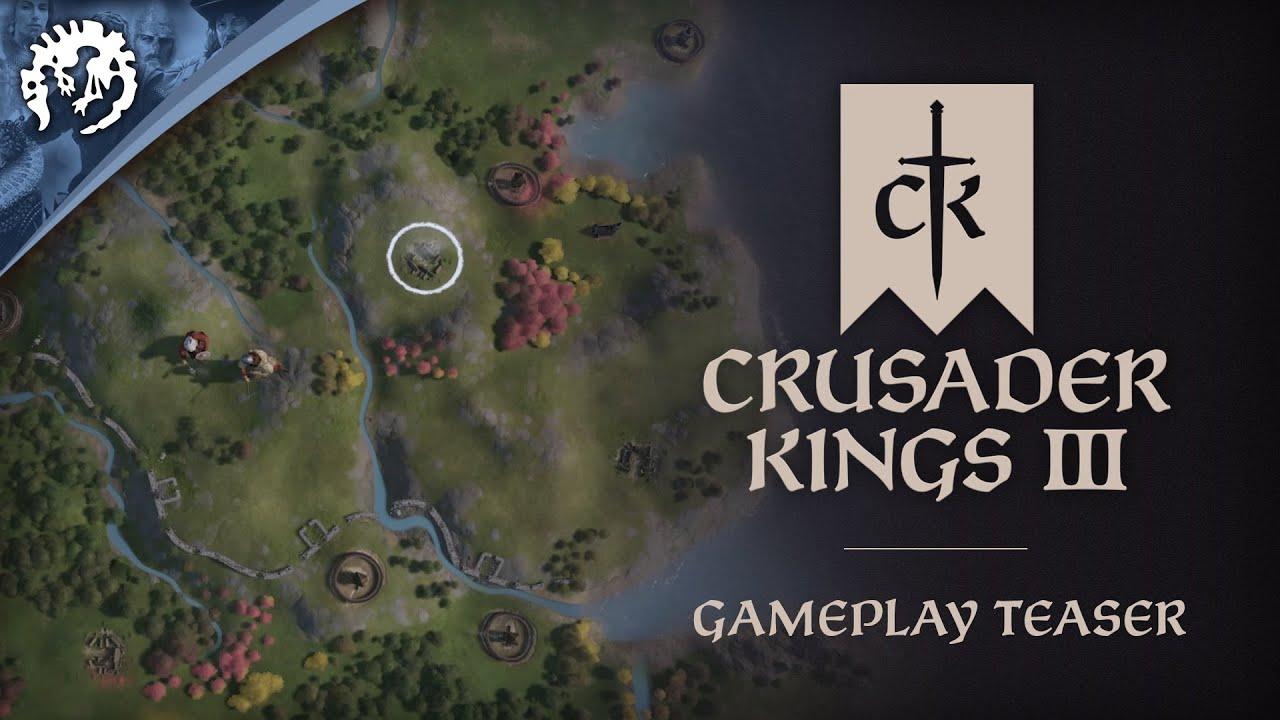 I'm absolutely excited for this next-generation of grand-strategy gaming. Partly because Crusader Kings II, as much as I want to love it, I find a bit too overwhelming. With their focus on easing players in thanks to a better tutorial and an expanded tooltip / help system. After watching through the Vikings TV series and now The Last Kingdom too, I feel the need to play Crusader Kings III.

Crusader Kings III is coming to the Humble Store, Steam and the Paradox Store on September 1. The price will be about $49.99 / £41.99 / €49.99 and as already confirmed it will be supported on Linux. You can also pre-order. Learn more on the official site.

View PC info
I am curious if they can really pull it off to make the game more accessible without dumbing it down. But this is definitely my most anticipated game of 2020. Can't wait! :)
1 Likes, Who?

tonyrh 14 May, 2020
View PC info
So we are still getting a native version? That's great! Let's hope it's better optimized than Imperator Rome, the native version runs a lot worse than using wine...
0 Likes

SadL 14 May, 2020
View PC info
I am so excited for this game and this is going to be one of those extremely rare cases where I brake my no-preorder rule. This is not only because of the game but also to show my gratitude to paradox for supporting us.
1 Likes, Who?

View PC info
I'm properly delighted to hear that they're supporting Linux. I'm just gutted that, along with City Skylines, Tropico and nearly every Warhammer tactical/strategy game ever, I won't be part of the support effort.

Really gutted. But I'll bet for every sale of this franchise, there's a 100 people that are gutted when the next FPS or RPG/Action title launches natively.

Them's the breaks, I suppose. Can't support everyone.

Mountain Man 15 May, 2020
View PC info
What are the main differences between CK2 and CK3?
0 Likes

Quoting: Mountain ManWhat are the main differences between CK2 and CK3?

I'd guess comparable to Sims 1 and Sims 2? Better looks and hopefully some improved mechanics, without destroying what made the older title great! :D
0 Likes

View PC info
I've never been a huge CK2 fan.
I just found all the Sims-style character babysitting (who gets to marry who, who is happy/sad, give X a present, give Y a job, ...) to be rather distracting from the better-than-EUIV combat/levy system and the kingdom management.
Wish there was a way to disable or automate all that stuff and play the game more like EUIV or Vicky.

And don't even get me started on the hoops you have to jump through just to not have your realm fall apart if you are stuck with Gavelkind.
On one hand, they want it to be historically accurate, but on the other hand, all that leads to is you killing off all your sons after the first (or killing off your spouse after the first son). Pretty dark comedy, there...

Quoting: TheSHEEEPAnd don't even get me started on the hoops you have to jump through just to not have your realm fall apart if you are stuck with Gavelkind.
On one hand, they want it to be historically accurate, but on the other hand, all that leads to is you killing off all your sons after the first (or killing off your spouse after the first son). Pretty dark comedy, there...

For me, wrestling gavelkind is the whole core of the game! Without it, CK2 just becomes a slow-paced map painter. There are several mechanics in there to help direct succession without resorting to murder but the whole fun of the experience is that they're difficult, slow and brittle. Very much like the historical situation. I think this is why I prefer CK2 to EU. I hope CK3 keeps its own identity in this way.
0 Likes

Para-Gliding 15 May, 2020
View PC info
- I feel like I like strategy games. I enjoyed and spend hourssss in civilization series (since the 1, yes i'm old enough), stellaris, xcom, dungeon keeper & descendents, kingdom crown, age of wonder series,etc.
- I also like tactic games like warhammer shadow of the hornet rat, dark omen and mark of chaos (finished multiple times) , fallout tactics, age of empire series, etc.
- I like the medieval lore ...

But I have never been hooked by CK2 (and total war series for the same reason): in fact too many mechanisms of management I could not understand after 10h of game and figured how to manage and really impact with a clear scheme in mind. I cannot succeed to have a clear scheme of what to do, how to develop, ... because mechanisms are still hidden to my mind. Do you feelt the same or am I too stupid?

And if I take the time to write that that's because I really feel that it would be my kind of game, and that i didn't figured out how to pass this threshold between feeling lost and enjoying :(
0 Likes
iniudan 15 May, 2020

Quoting: TheSHEEEPAnd don't even get me started on the hoops you have to jump through just to not have your realm fall apart if you are stuck with Gavelkind.

If you can manage gavelkind, it is actually got the highest power potential. But it does indeed create a lot of management other succession type don't have to deal with.

Owned the game since release, I never had to resolve to murdering my own children, there is plenty of way to remove people from succession if really needed, if I lose some title but keep most I am perfectly fine with it, will use those free demesne slot to reduce power of vassal who are stepping out of line without having to redistribute until the next succession.

Even sibling don't turn the place red too much, it usually resolved in a more political manner, if division is not up to my taste and they aren't independent. If independent it usually turn red, but it other peoples blood, not the blood of my dynasty, unless there is a battlefield death.
0 Likes
1/2»
While you're here, please consider supporting GamingOnLinux on: