Monster Sanctuary now allows you to enter The Underworld

Creature capture and battle game Monster Sanctuary just had another huge update recently, adding in quite an interesting area to explore.

You can now visit The Underworld, an area that hasn't been explored for hundreds of years. This comes with a whole new major story arc, set after the others so you need to have played through the rest of the game first so this content is aimed at regular players. It gives you seven new monsters to collect, some of which are a "spooky Occult-type" and there's something about giant spiders—spooky. 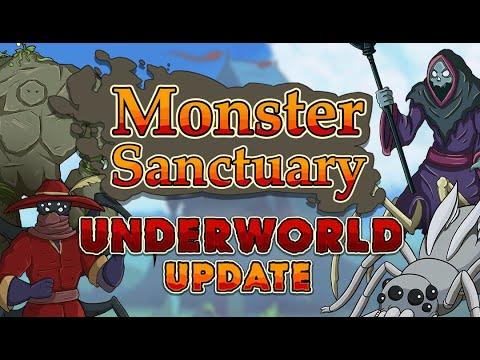 Some of what's included in The Underworld Update:

The story with this update is nearing the end, so there might not be many more major updates to Monster Sanctuary after this one. Looks like players are enjoying it, with an overall Overwhelmingly Positive rating on Steam and I can certainly agree to that.

View PC info
Patiently waiting for the final release before playing this. I bought it around Xmas, along with a couple other promising EA titles that I'm holding off on.
0 Likes
While you're here, please consider supporting GamingOnLinux on: