From the same Nicola Piovesan and Chaosmonger Studio who are currently working on the point and click ENCODYA, they've announced a second game with Clunky Hero.

Clunky Hero is a story-driven platformer metroidvania with "a touch of RPG and tons of humor" according to Piovesan. It's just launched on Kickstarter with a small €12,500 goal and looks quite interesting. According to their info it's supposed to be a mash-up of gameplay found in the likes of Hollow Knight but on the more ridiculous side. The protagonist appears to run around with a broom and a bucket on their head. They mentioned the card game Munchkin as an idea of the parody level they're going for. 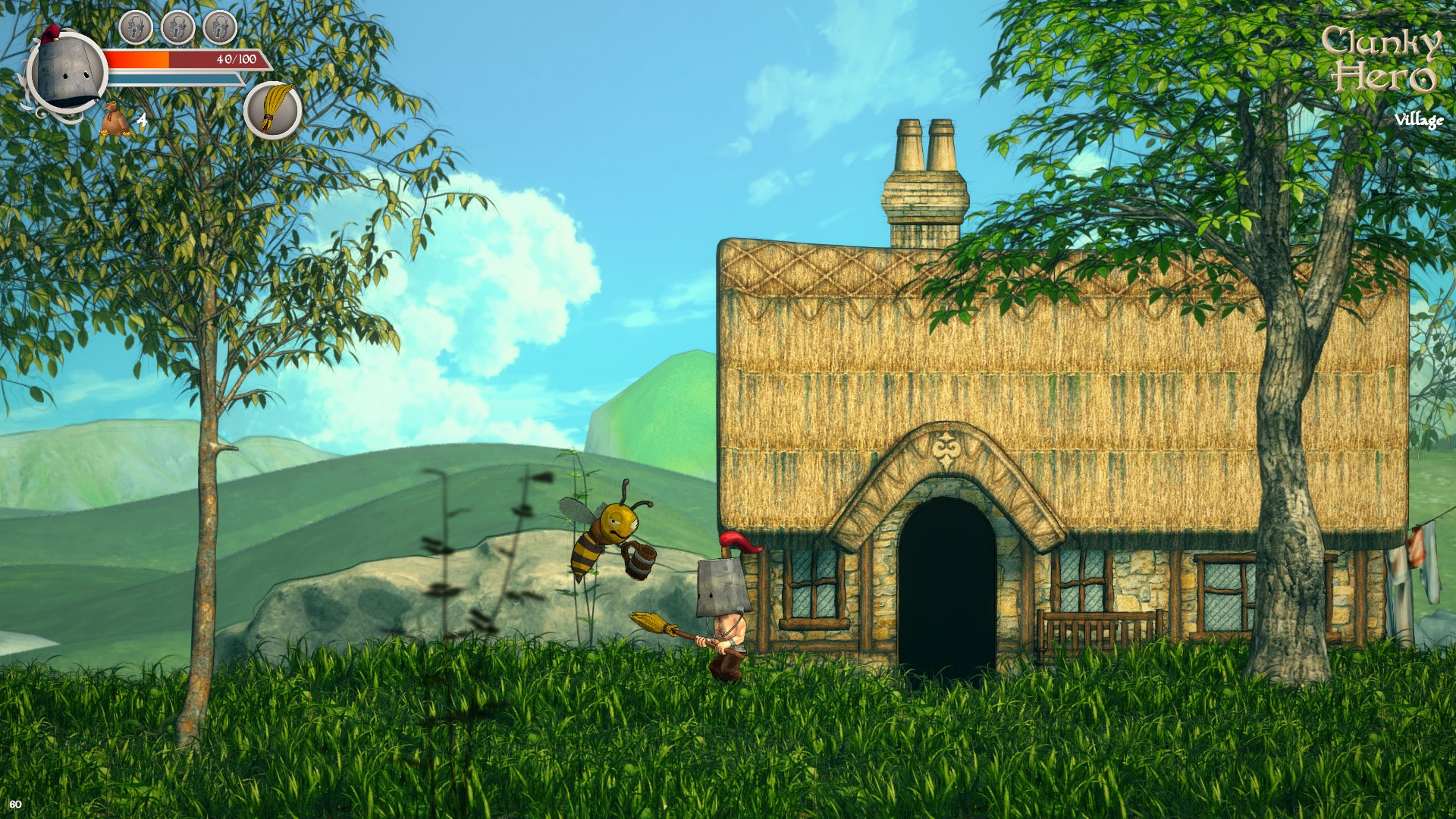 You won't be stuck with the broom as your weapon though, there's going to be more as loot is part of the experience. You might find the Golden Hoe or the Staff of the Drunken Priest. Even the enemies have amusing names like the Stressed Knight, Lost Hipster and a Drunken Bee. I'll admit I was a little taken aback by my first sighting of a Drunken Bee, letting out a very audible chuckle.

You can actually try out Clunky Hero yourself with a demo on itch.io and for an early slice, it's most impressive. First though, do check out the first trailer below: 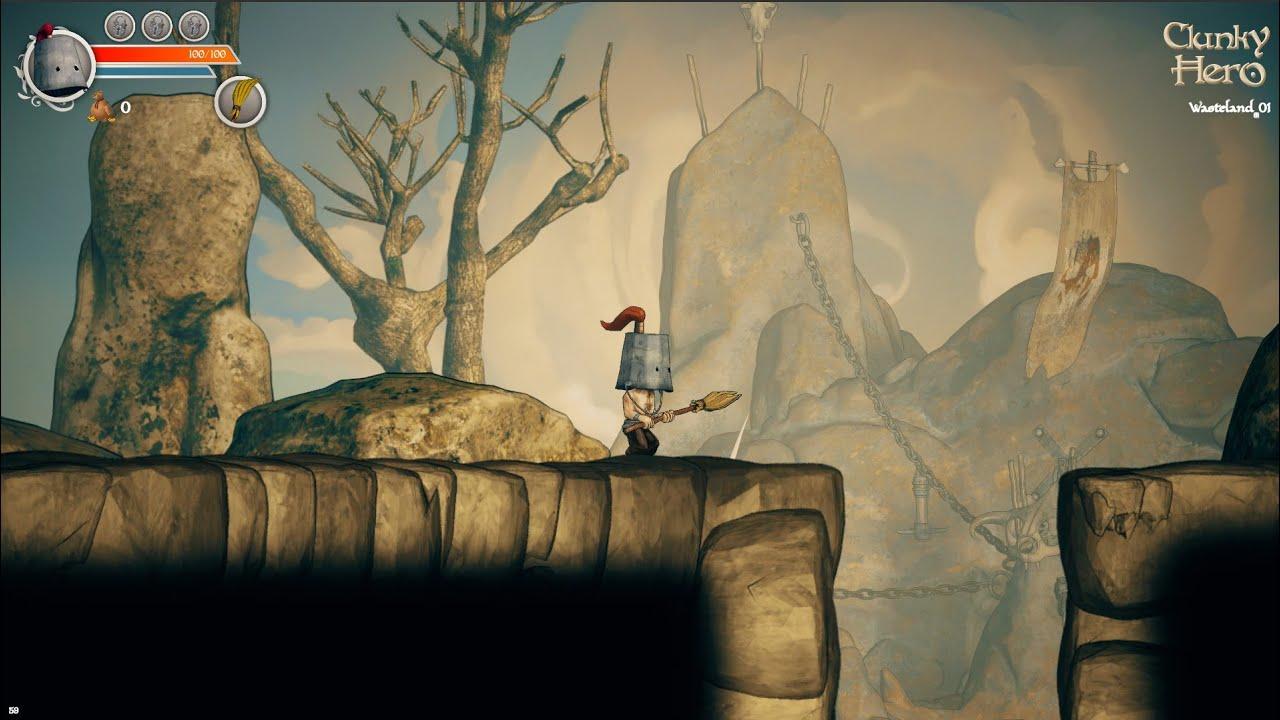 Linux support is fully confirmed, and it will be distributed across multiple stores with a DRM-free option included. Their expected release date in sometime around March 2021.

You can check our their Kickstarter crowdfunding campaign here, where they have until June 15 to hit their goal. Hopefully this will be another we can add to our list.

I'll admit though a few eyebrows were raised with this announcement since ENCODYA was also crowdfunded on Kickstarter and it's still currently in active development. In an email to followers, Piovesan mentioned how ENCODYA is "perfectly on schedule" so that's good news there too. They also linked a preview video for ENCODYA, with some work in progress gameplay: 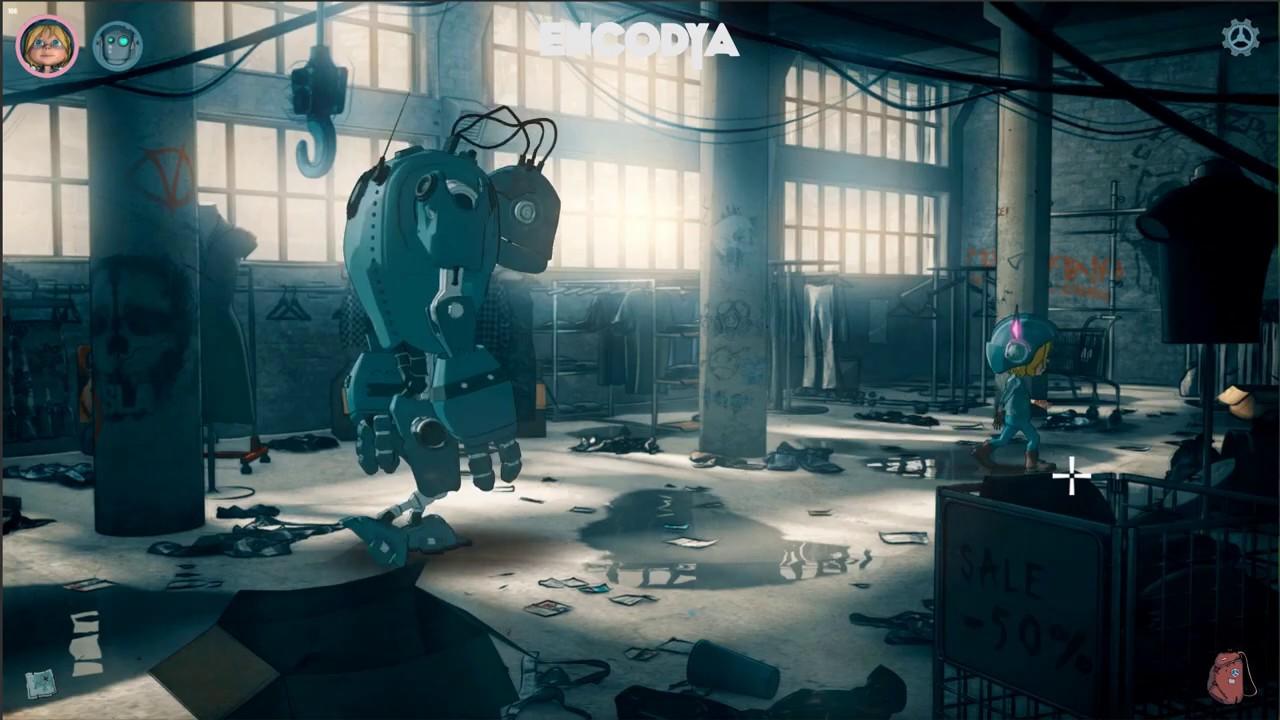 View PC info
I still don't particularly like Kickstarter, but I backed this game right after it launched, just like I did Encodya. So far I have no reason to doubt that the games will be fun and their releases timely. I'm actually a bit excited for Encodya now that it nears completion, and I'm the kind of guy who doesn't normally mind picking up a game after it's been on the market for a year or two.
3 Likes, Who?

I have to say I don't know if this game will be good, but I prefer to reproduce/save the bees than kill them. Especially in our century. I don't want people to kill bees IRL just for fun, but that's already the case sometimes... :(
1 Likes, Who?

Quoting: CyrilI have to say I don't know if this game will be good, but I prefer to reproduce/save the bees than kill them. Especially in our century. I don't want people to kill bees IRL just for fun, but that's already the case sometimes... :(

Having a look at the shape it's more of a wasp anyway ;-)

I guess I should mention that in real live I kill neither lost hipsters nor bees.
3 Likes, Who?
no_information_here 21 May, 2020

This looks surprisingly good. I have a weakness for metroidvania games, though.
0 Likes
While you're here, please consider supporting GamingOnLinux on: