Volcanoids is pure joy if you love steampunk and great big machines, as it combines the two together and now it has online co-op. Probably one of the most unique survival base-building experiences, especially with your base being something that goes with you on your adventures.

Released yesterday was online co-op support, along with a brand new trailer to show it off, and I will admit my own hype for it has increasingly somewhat dramatically after watching it. This was the most requested featured for Volcanoids and it's an obvious fit for such a base-builder. Currently it only supports a max of 4 people. Check out the trailer: 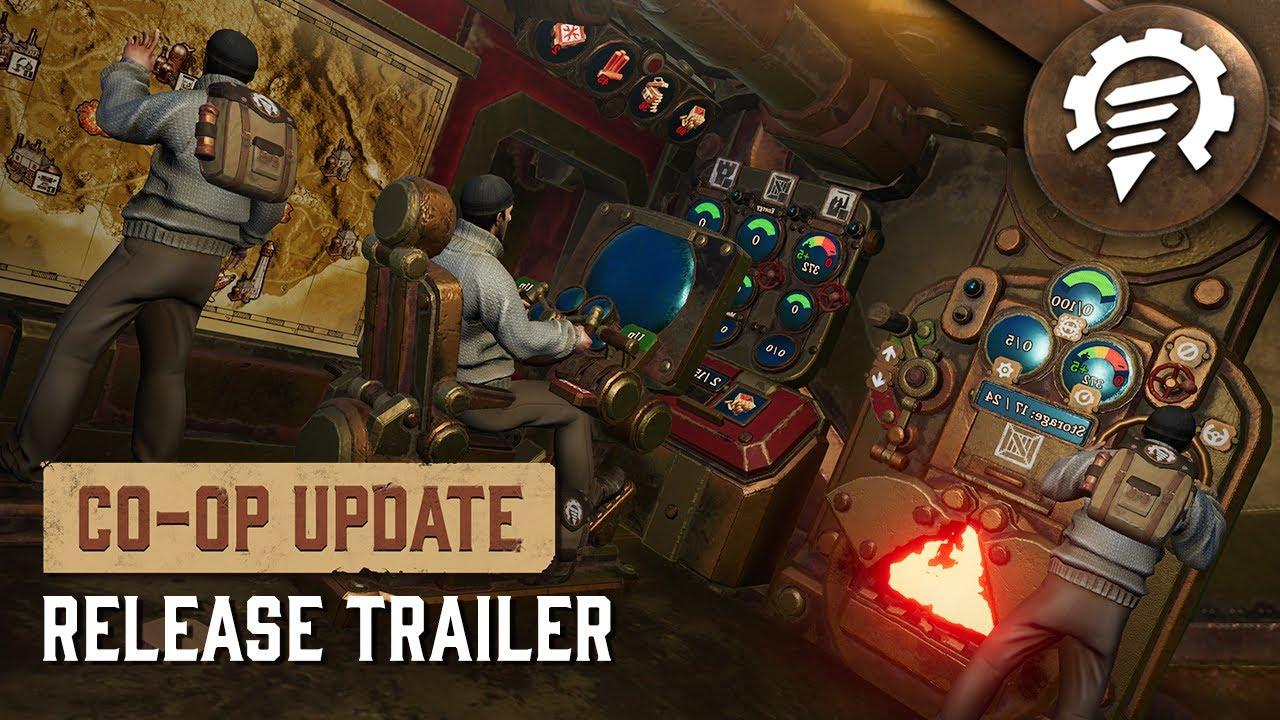 Since this is the first version of it, there's a few limitations in place. Only one drillship can be owned right now but they said that will be changing in future updates, and only the captain can save/load. When a new player joins they will spawn directly into either the drillship or the submarine if the crew doesn't have their own drillship yet.

Plenty of improvements were also added, like death no longer being such a major issue as you will respawn but you will drop your backpack that will need to be recovered. There's now a panel they call The Boiler, which gives you a readout of some essential info and access to some important controls too. Most importantly though, you shouldn't be overloaded with info now with a more gradual research and unlock system.

The developer appears to be working hard on getting the Linux version in a good state too. With this latest update some OpenGL detection and text rendering issues should be fixed. The team is also working with Unity to get Vulkan support into a good state, as they said Unity + Vulkan "is less than optimal" right now.

You can get Volcanoids on Steam where it's 25% off until May 27.

View PC info
Maybe I'll give this game another spin. I played a bit of it earlier in the early access but found the crafting to be overly complex, to the point that after after the intro I couldn't remember how to craft much of anything. I came to this shortly after Subnautica which, IMHO, has a much smoother crafting and build system.
0 Likes

Quoting: rcritMaybe I'll give this game another spin. I played a bit of it earlier in the early access but found the crafting to be overly complex, to the point that after after the intro I couldn't remember how to craft much of anything. I came to this shortly after Subnautica which, IMHO, has a much smoother crafting and build system.

Yeah, that was adjusted in this update according to what they said. It was quite a common complaint so it's been made easier for the start to learn it.
0 Likes

View PC info
This update can enter the "most borked update" for the 2020 awards though. :) Start a new game, after the intro "Entering game, please wait" and it never does. Same for loading a game. And according to the forums the same goes for multiplayer games.

Devs just posted that a fix was made, so waiting for an update to unbrick the game.
0 Likes

View PC info
I just picked it up today due to the co-op and sale. Hopefully it works well enough when my buddy and I try it tomorrow. If not, then I guess it bakes in the oven longer.
0 Likes

View PC info
from my testing, it runs much much smoother with vulkan, but the only problem with vulkan rendering is that the water will glitch out when looking at some angles. Haven't tried the coop yet though.
0 Likes
While you're here, please consider supporting GamingOnLinux on: