Inspired by Factorio, we have another base-building factory sim with shapez.io and the beauty of it is that it's open source under the GPL.

You can try a free web demo, buy it from itch.io or just grab the source yourself from the GitHub repository. Supporting it directly is best, as it does enable to the developer to work on it more. Not the first to do such a thing, as Mindustry (which is awesome) also did the same.

shapez.io is a little different though. You're not mining for certain types of resources or building defence towers. Instead, you're pulling out shapes and then manipulating them into different shapes. Later you need to splash in some colour too. This is spread across an "infinite" map which over time becomes rather complex as you build up a conveyor system to cut, rotate, merge and more. 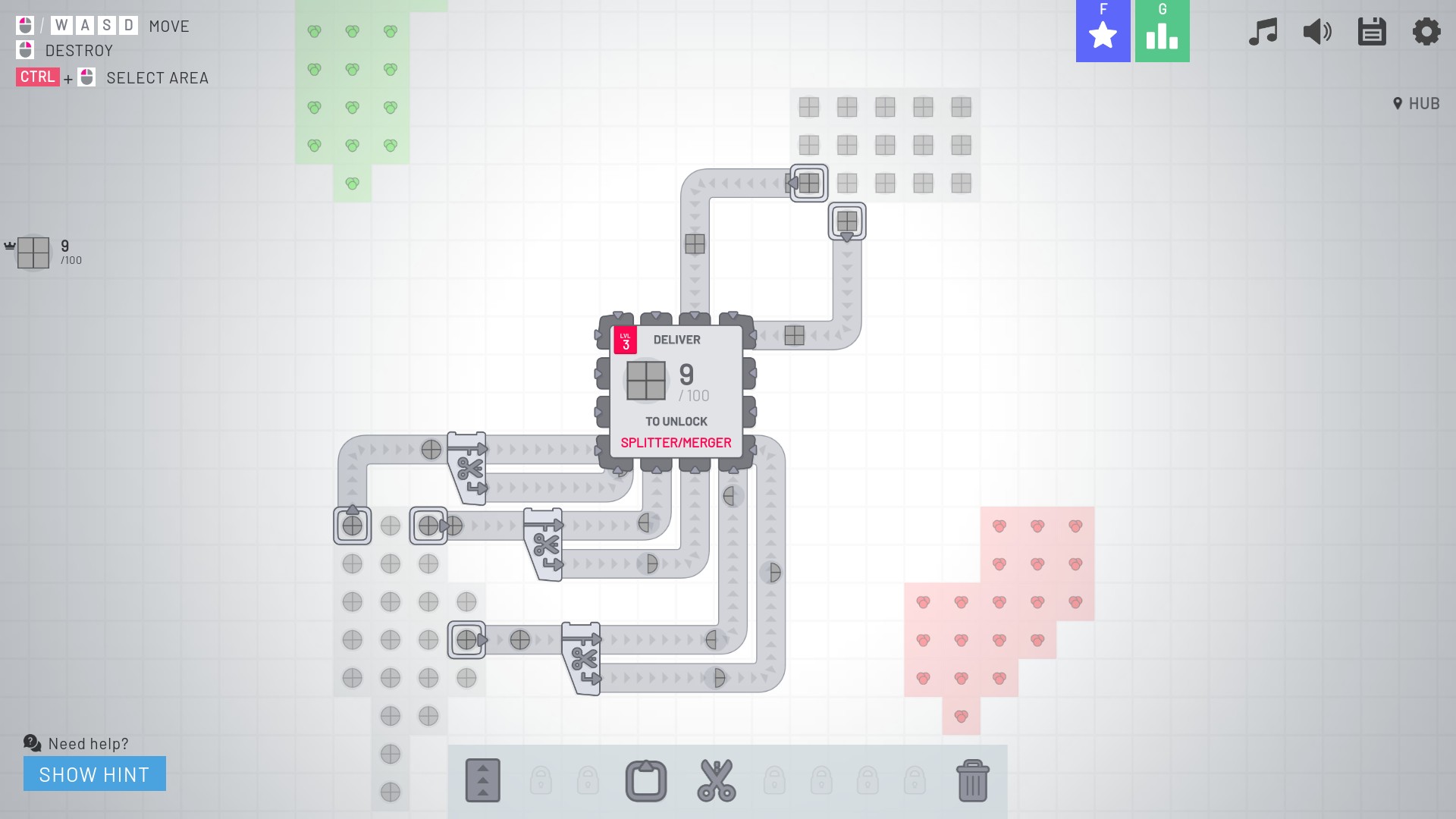 The icing on the cake is that the developer recently put up a Linux build too. Noting that the Linux build is experimental and to "not expect too much", at least with it being open source anyone can help fix issues. In my own testing on Manjaro Linux, it worked great.

A simply wonderful idea, one I hope continues to expand. Find it on itch.io and GitHub.