Stoneshard, an Early Access turn-based and open-world RPG from Ink Stains Games that has a ridiculously huge amount of potential just had another big update.

The 0.5.9.0 "Bolt Thrower" update adds in quite a lot of extra content. It's surprising how quickly they're able to keep building it up. Ranged combat is definitely a lot more interesting now with Spears and Crossbows, and the addition of arrowhead variation. New skills to learn were added as part of this too including Dual Wielding, there's new fauna like sweet little Hedgehogs and new flora. 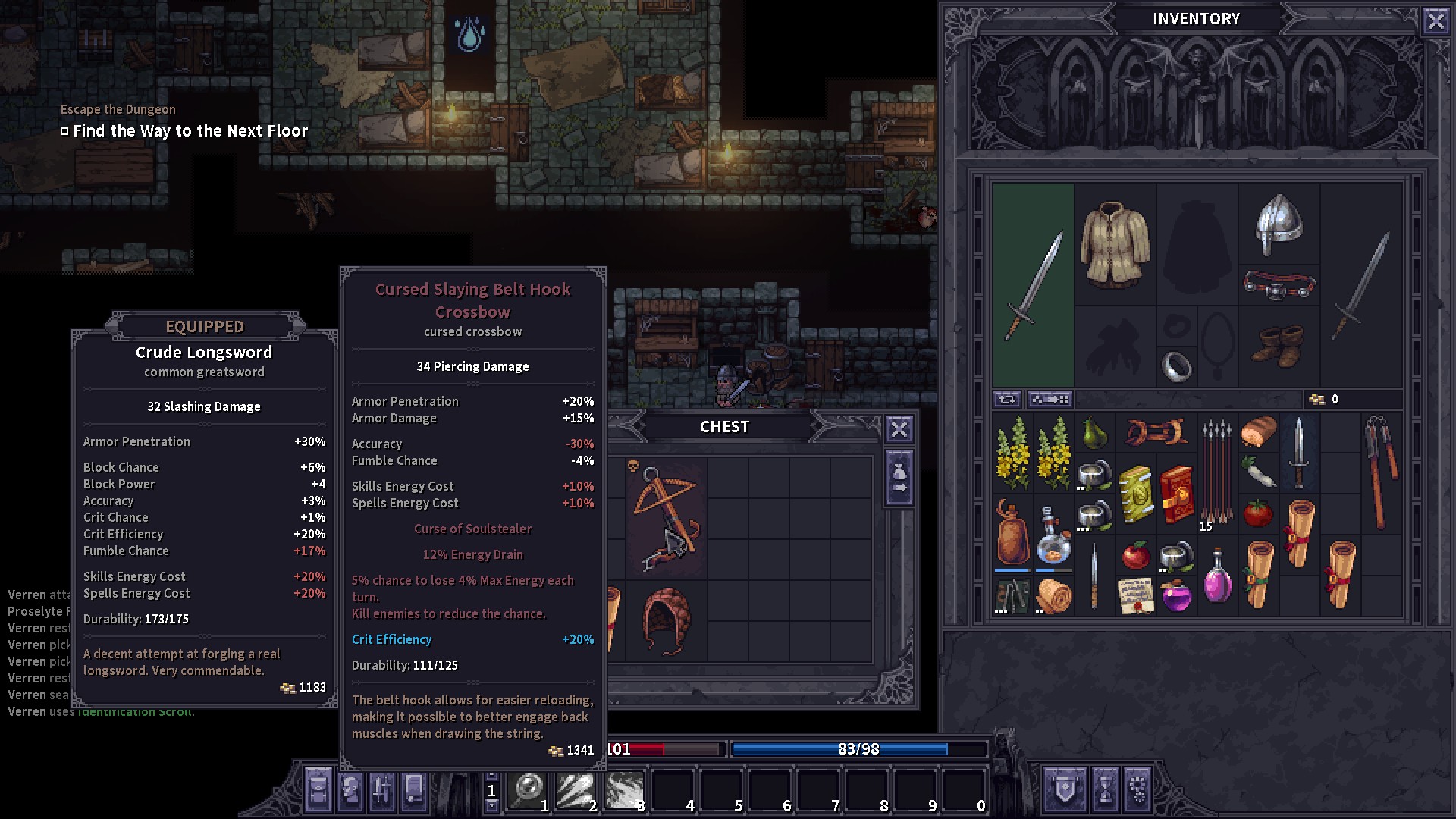 I especially like the tweak they did to ranged combat to add to the challenge too. Now props and enemy sizes influence your shots too, so accuracy will be lower if they're behind something for instance. Bows and crossbows are also now two-handed, as they need both the weapon and ammo/quiver. There's also a new playable character with Velmir who takes a liking to Spears, Ranged Weapons, Maces, Athletics, and Combat mastery.

After releasing into Early Access in February and then adding the Linux build up later that same month, it's quickly become quite a popular game. Over eleven thousand user reviews on Steam and the outlook is largely positive. I've played quite a few hours now and plan to absolutely spend a lot more with it, especially as they continue expanding it in new and interesting ways.

Stoneshard is a proper true roguelike too, going by the usual accepted definition. It's brutal, especially with the depth of the health system. Various effects reduce your max health, you need to deal with individual body parts, you might get intoxicated while trying to heal yourself resulting in more issues and so on. There's so much to it that it becomes completely engrossing and I can't seem to pull myself away from it right now.

You can buy it DRM-free on GOG and also Steam.