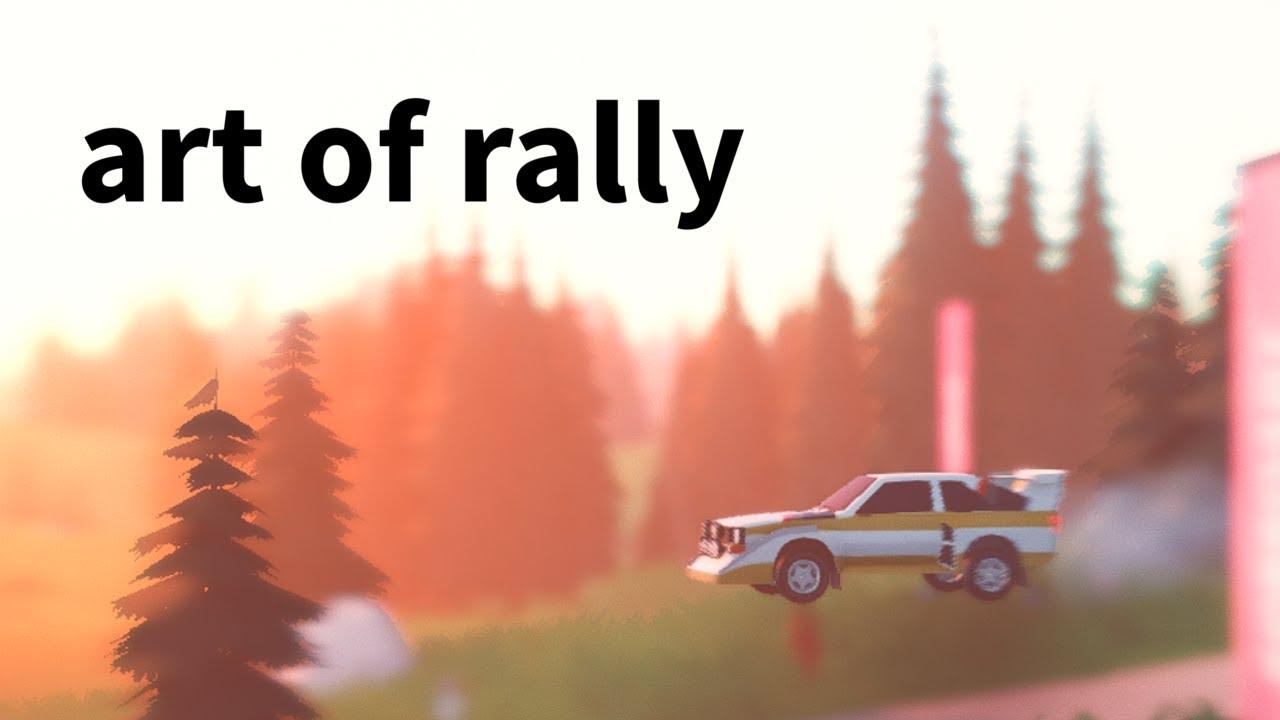 Let's hope it will be better optimized than absolute drift, quite heavy for what is presented on screen.
From the visuals, i smell Unity fingerprint, so maybe a Vulkan build can help.
(in my wishlist since months)
0 Likes
TobyHaynes 12 Jun, 2020

View PC info
Play the one level demo on Itch! It's free to try!
2 Likes, Who?

Quoting: GuestThe graphics are fantastic but there isn’t even one second of gameplay in this trailer :( No idea what the game is like…

I'm a bit confused. Nearly the whole trailer is gameplay, albeit it a lot of that gameplay is then shown from cinematic effects (there's a few seconds of actual gameplay shown intermittently).

Am I missing something? Maybe the trailer was updated after this comment?

Regardless - worth trying the demo, as TobyHaynes points out! The Itch link for that is in the article.
0 Likes
TherinS 13 Jun, 2020

The art style is such that near the very end of that trailer where the car is parked in a Japanese roadway, I half expected Samurai Jack to peek out of a window of the building or run by in the background chasing some baddie!
1 Likes, Who?

elmapul 13 Jun, 2020
View PC info
omg, that is beautyfull and its looks like an proper video game, instead of an life sim.
i love this asthetic of games like horizon chase, Drift Stage and now this one.
reminds me of the good old days when games were games.
gmaes like outrun (or topgear in case you live in brazil or other countries were outrun was unknow and topgear famous), road fighter, topgear rally 64, star wars racing, pure fun games instead of car sims =D

The game is - you drive a car. As seen in the teaser trailer. The game looks exactly like is shown, noting that the editing and cinematic camera angles purposefully showcases the beautiful graphics and art style. Again, this is on purpose. You couldn't realistically play the game like that. This isn't a gameplay trailer.

The top down perspective during gameplay shouldn't be a surprise to anyone as it's similar to their previous game Absolute Drift and both games have been covered on GoL several times. In fact, the article from March 30 is even titled "Stylish top-down rally game 'art of rally'..."

As has already been mentioned, there is a demo available. You can try it out yourself. While still playable, it's a bit graphically broken on amdgpu as most trees/foliage/environmental details won't render. Yes, it's a Unity game... Windows version runs fine in Wine/DXVK.
0 Likes
randyl 13 Jun, 2020

View PC info
The drifting and sliding looks fun. The top down perspective doesn't appeal to me. I'm a fan of kart-style racers and would prefer third person "over the shoulder" directly behind the vehicle.
0 Likes

Looks great but is it really top-down only? I find it hard to believe they would shoot themselves in the foot like that, it may just be a camera option.
0 Likes

View PC info
I think the camera position pretty much needs to be top down for you to see enough of the road and plan ahead. You are both driver and co-driver.

QuoteThere are no co-driver instructions or even corner markers - because, by Casu's own admission, it's too much work when you consider localisation further down the line.

From https://www.eurogamer.net/articles/2019-10-18-art-of-rally-is-rally-done-artfully
0 Likes
1/2»
While you're here, please consider supporting GamingOnLinux on: