You might not have heard of Nebuchadnezzar, an in-development isometric city-builder in the style of classics like Pharaoh and Zeus but it's coming. Set in the mysterious history and culture of ancient Mesopotamia, it's looking really good.

Covered here back in 2019, it's easy to forget with the constant flow of news coming in but Nebuchadnezzar might actually be one of my most anticipated titles for this year. I was a massive fan of Pharaoh and this really does look like a great upgrade to the classics. Today, it has been confirmed that it will be launching on GOG in addition to Steam that was previously announced and so it's a good reminder Nebuchadnezzar is coming. 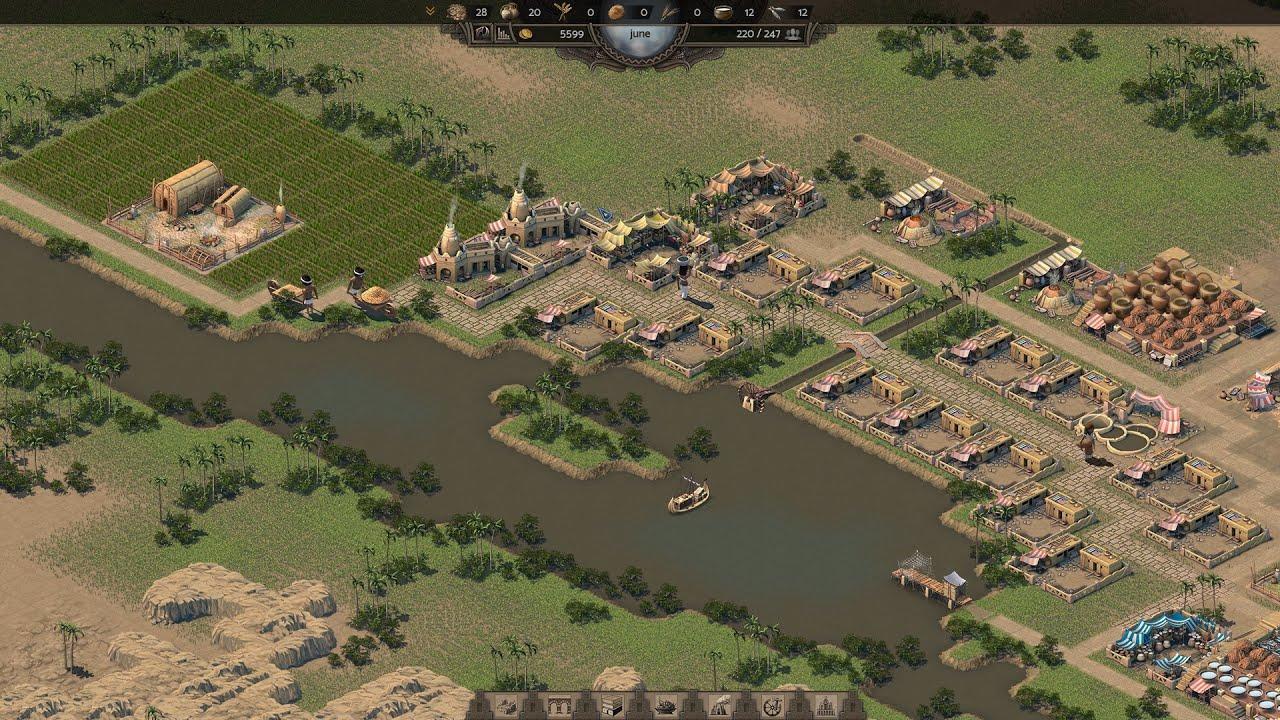 I'm most excited about the monument design feature. Instead of simply building pre-set buildings, the monuments will be designed by you and then your people will follow along and build it up. Looks supremely interesting! The full modding support should be great too. Overall though, I'm just happy to see what basically looks like Pharaoh 2 because not much has come close to the style and feel of it for a long time.

For gamers interested in the technical side of it, they're using some interesting cross-platform tech for building it including Allegro for parts like sprite rendering, event handling, audio and they're planning full Linux support.

View PC info
As someone who loves Anno 1602/Age of Empires the one thing that seems "off" to me about this trailer is the scale of people in relation to buildings. They're giants! What are those, dwellings for ants?
3 Likes, Who?

View PC info
Looks like a lot of fun! I wonder how much freedom you have in designing those monuments. Like, does it have to be a building, as in the trailer, or could you build a giant Tux or a rainbow?
2 Likes, Who?

tpau 16 Jun, 2020
View PC info
There is actually quite a lot of Egypt based games coming up.

Egyt : old Kingdown and Egypt: Predynastic,
although you don't see much of your Kingdom. It is more turn based decisions on a regional map.
Not enough micro management and looking at your city like the pharao/zeus/caesar games.
A true pharao successor needs more. The Julius engine is ok, but it won't touch HD textures any time soon.
SO i am looking forward to this game and builders of egypt , which is another town builder game set in that time epoch :)
2 Likes, Who?

Quoting: drlambAs someone who loves Anno 1602/Age of Empires the one thing that seems "off" to me about this trailer is the scale of people in relation to buildings. They're giants! What are those, dwellings for ants?

Exactly my only issue with the game so far. And it's surprising because it was not the case in Pharoah/Zeus, at least the scale was much better IMO.

But it's great to see this game on GOG/Linux! I hope it will add some nice features or enhanced ones to the "original game/genre", but I have some doubts.

Allegro, ouch… They should have used SDL2. I’ve had very bad experiences with games using Allegro.
1 Likes, Who?
Gooda 16 Jun, 2020

Very excited about this one! I love the idea of being able to design monuments myself!

It looks like the first proper (and long overdue) spiritual successor to Caesar III/Pharaoh/Zeus/Emperor.

I wonder if it will have the wittiness of the old games. Like, when you right-click on citizens, there's always a witty comment, wonderfully voice acted, that gives you insight about what's going on in the city.

And those funny citizen names, like actors Paulus Novahomus and Tomas Hancus in Caesar III, or water-carriers Abbottos and Costellos in Zeus.

Were those games all AGS games, or are there other well known games that use Allegro? There definitely are some issues with most AGS games I've played, but I wouldn't know if that was because of Allegro or something else. I know they started talking about migrating to Allegro 5 a few years ago, but I don't know if that ever happened, or if it fixed anything.
0 Likes

View PC info
While I am very excited for this, having been bitterly disappointed by Caesar IV, I do wonder why all of the sprites are so repetitive? Surely in 2020 disk space isn't such a limited resource that all houses share the same graphics and all markets are identical?
1 Likes, Who?

View PC info
I'm really looking forward to this and Builders of Egypt. My Pharaoh itch much be scratched!
0 Likes
While you're here, please consider supporting GamingOnLinux on: