Try out the demo of Insatia, a carnivorous worm simulator

Do creepy crawlies freak you out? You might want to avert your eyes for this one. Insatia is an upcoming game about carnivorous worms and it's delightfully different.

Mentioned briefly here on GOL back in 2019, it's still coming along in development with a full release coming ever closer. Taking place inside a laboratory Professor Pokrovsky breeds all sorts of creatures and you get to help out by controlling these creatures, as weird as it is. With fast-paced and somewhat tactical combat, it's an eat or be eaten miniature world you're exploring in each small level. Eat and get bigger to eat things bigger than you but get too big and you become slow and unwieldy so others might start eating away at your tail.

It's actually had a demo for quite a while but as with a lot of games, it's getting a bit of a boost by being listed in the Steam Game Festival. I actually forgot all about it until the festival too, so it's another great reminder of an upcoming indie game that needs to be on your watch list because it's as awesome as it is gross.

Insatia actually gets pretty frantic and when you're only a tiny little worm being chased by by another that's a good 7-8x your size, it can make your heart go a little bit. You do a mad side-to-side dash to build up some speed, get away and chomp your way through anything else smaller than you to attempt to grow yourself. Suddenly, that worm that was previously much bigger and scarier itself becomes lunch. Great gameplay idea, great style and so gross.

Here's some fresh footage of it in action: 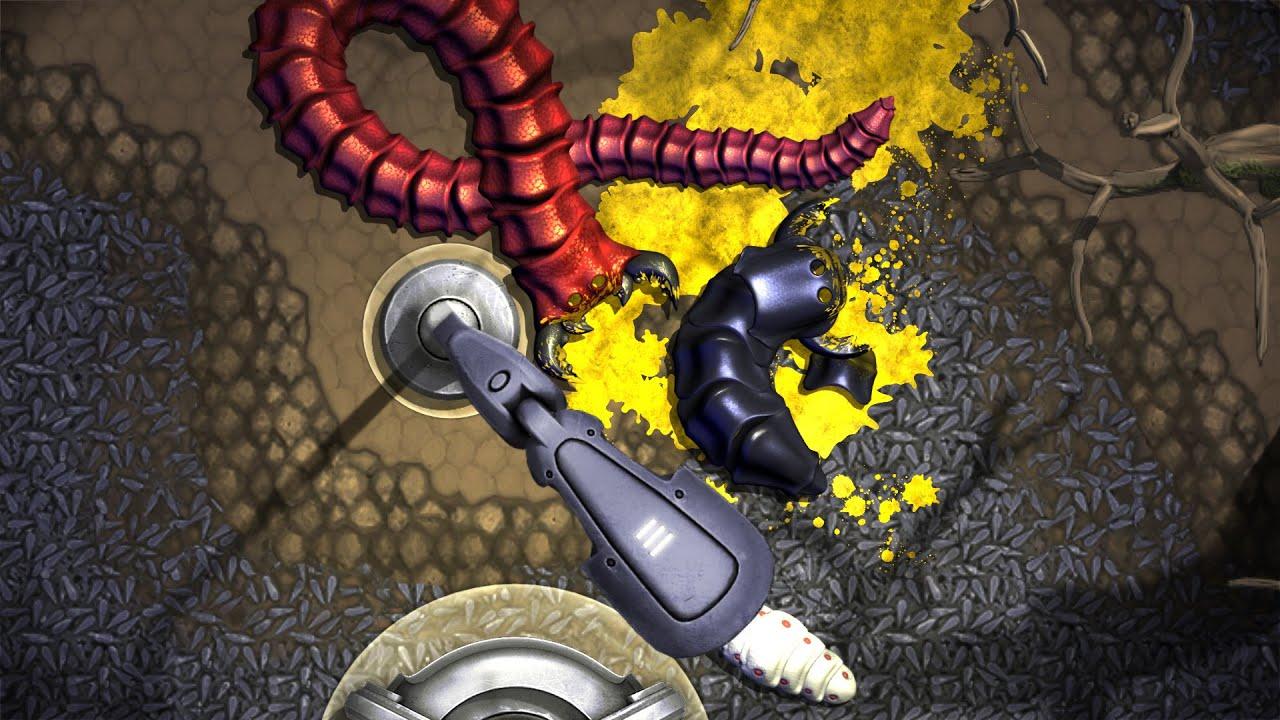 Looks like the release is some time away yet but they've got a great looking game here.

You can try the demo on Steam, which only has a Windows icon for it but it definitely does have a Linux build of the demo available and it's also on itch.io too.

I am the owner of GamingOnLinux. After discovering Linux back in the days of Mandrake in 2003, I constantly came back to check on the progress of Linux until Ubuntu appeared on the scene and it helped me to really love it. You can reach me easily by emailing GamingOnLinux directly.
See more from me
Some you may have missed, popular articles from the last month:
The comments on this article are closed.
1 comment
Nagezahn 22 Jun, 2020

I tried it out and it was fun most of the time. Definitely like the humor and the style. Though what it sadly ruins it for me is the possibly high level of frustration. Usually you have to get to a certain size to be able to reach the levels' objectives. But as soon as there are other larger worms in the pond that may kill you they tend to bite my neck (instant kill) way too often, so you have to start all over again. Getting eaten ten times in a row ate away the fun as well.
1 Likes, Who?
While you're here, please consider supporting GamingOnLinux on: