Sometimes picking up a new indie game release on a whim turns into a new love and that's very much the case with Troll Patrol. Note: this was a personal purchase.

Mixing together Match-3 game mechanics with an RPG isn't anything new, in fact it's likely the developer
Philippe Schober was directly inspired by a much older game named Dungeon Raid which seems to have vanished. The idea is that you're defending against vicious humans, as you fight off waves in a Match-3 game of puzzle and strategy. Match potion tiles to heal, sword tiles to boost your attack, shields to gain some block and more. There's a genuinely surprising amount of content included. 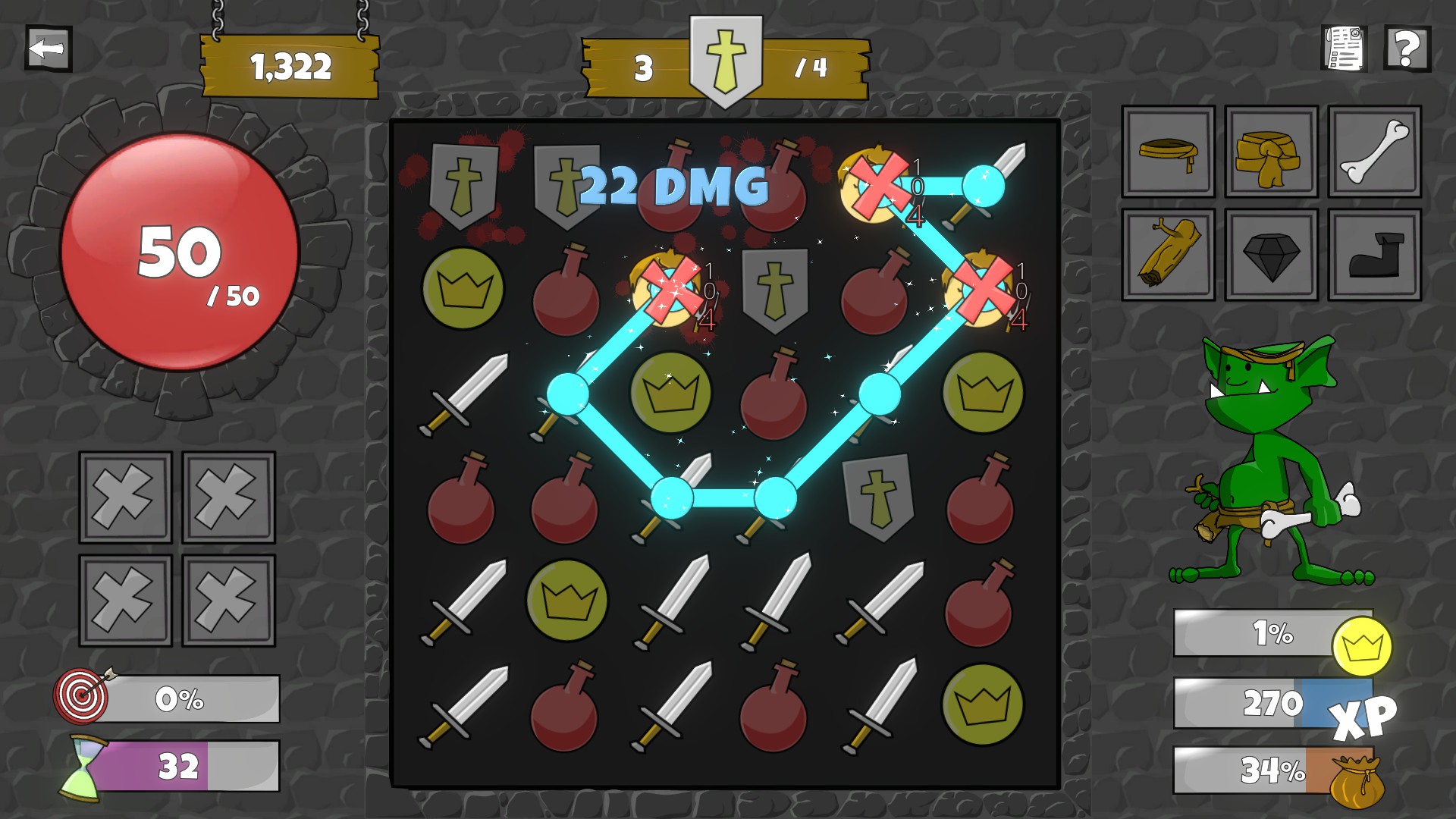 It reminds me of a simpler time, when I was completely sucked in by the first time I ever found Candy Crush on Android years ago. Only this time I'm hooked into the Linux release and it's not trying to get me to spend any more monies since this is a proper PC version. Matching through enemy tiles, gathering enough coin to buy some better armour or weapons, defeating bosses and upgrading my cave—it has it all.

The different enemy types certainly make the combat and challenge of it interesting. They all have different behaviours and abilities. Some can move multiple spaces each turn and poison your potions, some will explode and deal huge damage after a few turns and more. Each has a powerful boss version you need to defeat before you see them as regular enemies too. They really do make it quite tough at times and it's up to you to get them into the position you need to deal a death-blow by matching lots of sword attack tiles into them. There's even some random events thrown in where you need to make choices. 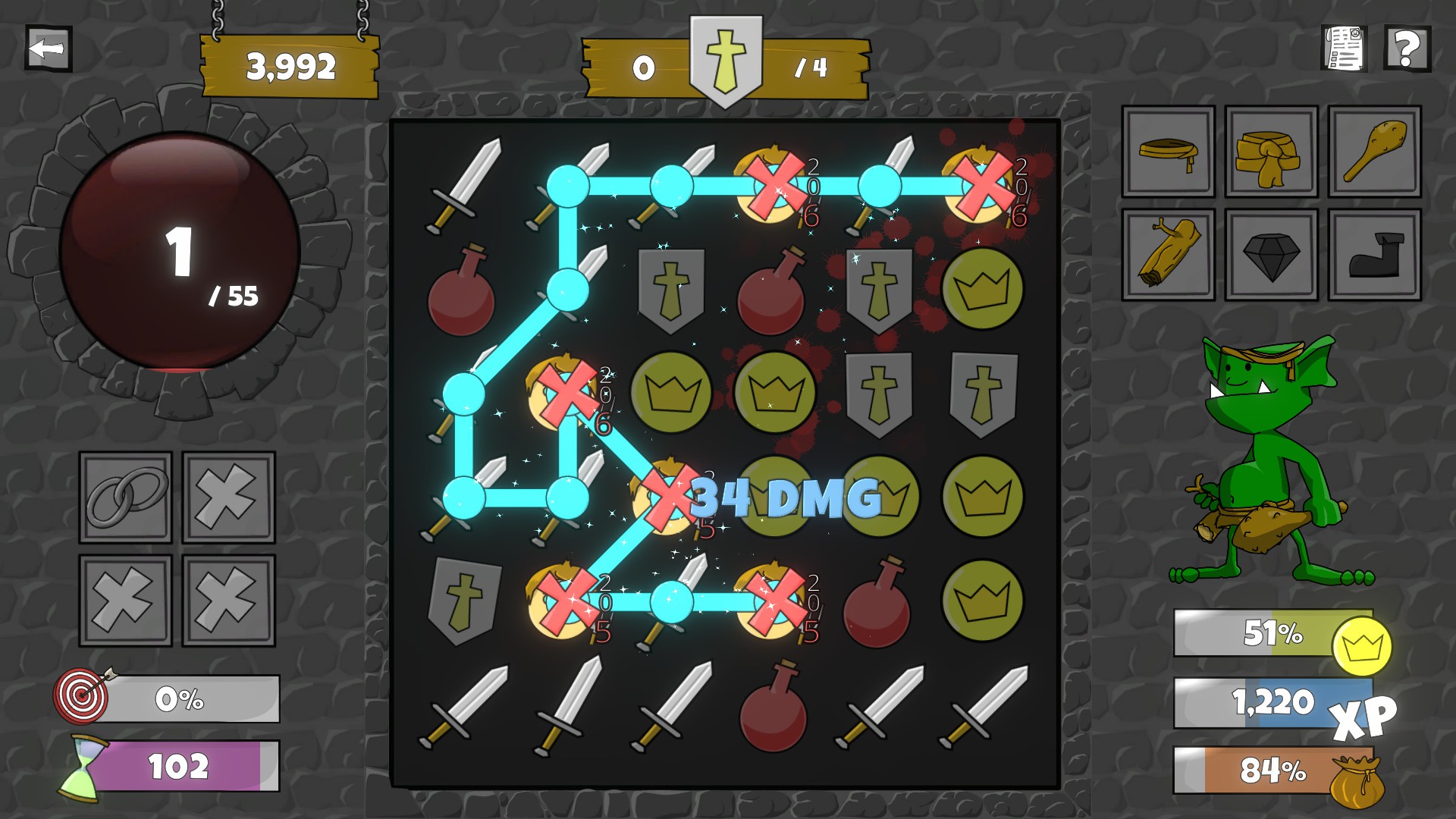 Admittedly, picking up Troll Patrol wasn't entirely random. When going over new releases, the system requirements caught my eye which I joked about on Twitter because you very rarely see something explained for Linux like this:

Slightly odd but nice to know it's obviously been through some testing. Works great anyway on Manjaro KDE and it's become a personal favourite. I would be perfectly happy to sit here all day matching away with it.

You can pick up Troll Patrol on Steam. It's 10% off until June 29 and even without a discount it's less than £5.

View PC info
Requires 3rd party account for single player. I'm pleased that Steam has this info clearly available so I can spare myself the time for a refund.
1 Likes, Who?

View PC info
Looks good to me, I enjoy a nice match 3 game now and again.

For anyone else looking for another good, Linux native match 3 game I can recommend Ironcast. Thoroughly enjoyable steampunk, RPG, match 3 with similarities to FTL too.
0 Likes

I didn't need to link anything. There's nowhere in the UI I can see for it either.

Edit: developer has clarified. It's an additional feature, you can use it to sync between the PC version and mobile but as mentioned not required and I certainly haven't used it.

On my PC i have infinite loading, it’s not stuck, but it goes around "Loading" texts forever.
I also tried to launch from the folder in a terminal, but i don’t get any message.

Hi Ehvis, dev here. The account gets automatically created (for Steam) and gets used for Leaderboards, Achievements, Cloud Saves etc.

Instead of just using Steam for that (you still get Steam achievements and leaderboards) this solution allows for a cross platform solution instead of binding your progress to the according platform. The same system gets used for our crossplatform multiplayer games as well.

So there is no mischief or data piracy or whatever at work. :)
0 Likes

Quoting: FellhuhnSo there is no mischief or data piracy or whatever at work. :)

This is not just about privacy, this is about the value of a product. Buying from Steam already means that Valve needs to do their job for me to be able to play the game. The statement on the store page now says that it needs another (for me unknown) party to do their job to play the game. Way back I made my own decision that third party (or more) dependencies are of no value to me and are disqualified for purchase (for single player games). So yes, that means that I don't purchase any games that add required launchers, external accounts or drm systems like denuvo.

So why not make it optional? This whole non-steam cloud save thing is only for people that want to cross play with mobile. I imagine that a good share of people in Steam has no intention to. It would be much better if it's something that was opt-in for those that want it. One simple option to enable it and that big bright warning can be removed from the Steam page.
1 Likes, Who?

View PC info
Ironcast is only £1.99 in the steam summer sale at 80% off if you're interested in match 3, RPG, FTL, steampunk and Linux support. Unfortunately not one that has a review here but I played it right through and thoroughly enjoyed it. Need to go back and finish collecting the achievements at some point.
0 Likes
Fellhuhn 28 Jun, 2020

Quoting: EhvisSo why not make it optional? This whole non-steam cloud save thing is only for people that want to cross play with mobile. I imagine that a good share of people in Steam has no intention to. It would be much better if it's something that was opt-in for those that want it. One simple option to enable it and that big bright warning can be removed from the Steam page.

Interesting point of view. Haven't seen it from that angle yet. Will look into it as it was never the purpose to put any kind of burden on the player. For now not having Steam run when the game gets launched will also prevent the login into my server. This will of course disable all online functionality.

EDIT: Logging into the Fellhuhn Game Service will be optional from version 1.24 onwards. Might be able to upload a new version tomorrow.

View PC info
Picking this up now, based on the Dev's awesome responses here along with an interesting premise, after finding it in my Steam store's recommendation queue. I was going to wishlist it, but decided to purchase instead. Thanks for listening to the community and for supporting Linux natively.
0 Likes
While you're here, please consider supporting GamingOnLinux on: